The producers of the play Time Stands Still — about a photojournalist injured in a roadside bombing in Iraq — invited members of the Committee to Protect Journalists to see the show the weekend before last. MrB is the chairman of CPJ so I got to go too. The always-excellent Laura Linney stars as Sarah, the photojournalist. Brian D’Arcy James plays James, Sarah’s partner and a war journalist himself. Eric Bogosian plays Richard, Sarah’s ex and the photo editor of a magazine, and Christina Ricci is Mandy, Richard’s much younger girlfriend.

Eric Bogosian is best known to most people for his 1987 Pulitzer-Prize-nominated play Talk Radio, which he wrote and starred in Off-Broadway and in a 1988 Oliver Stone-directed film. He is best known to me for his participation in the Law & Order franchise as Capt. Danny Ross on Law & Order: Criminal Intent.A  I was delighted to learn that Eric was expected at a cocktail party after the show. After my near-misses with Law & Order-ites Coco and Ice-T and Christopher Meloni and Richard Belzer, I was determined to embarrass myself by cornering Bogosian and taking his picture. MrB and I discussed my stalking strategy as we passed the Big Gay Ice Cream Truck on our walk from the theater to the party. 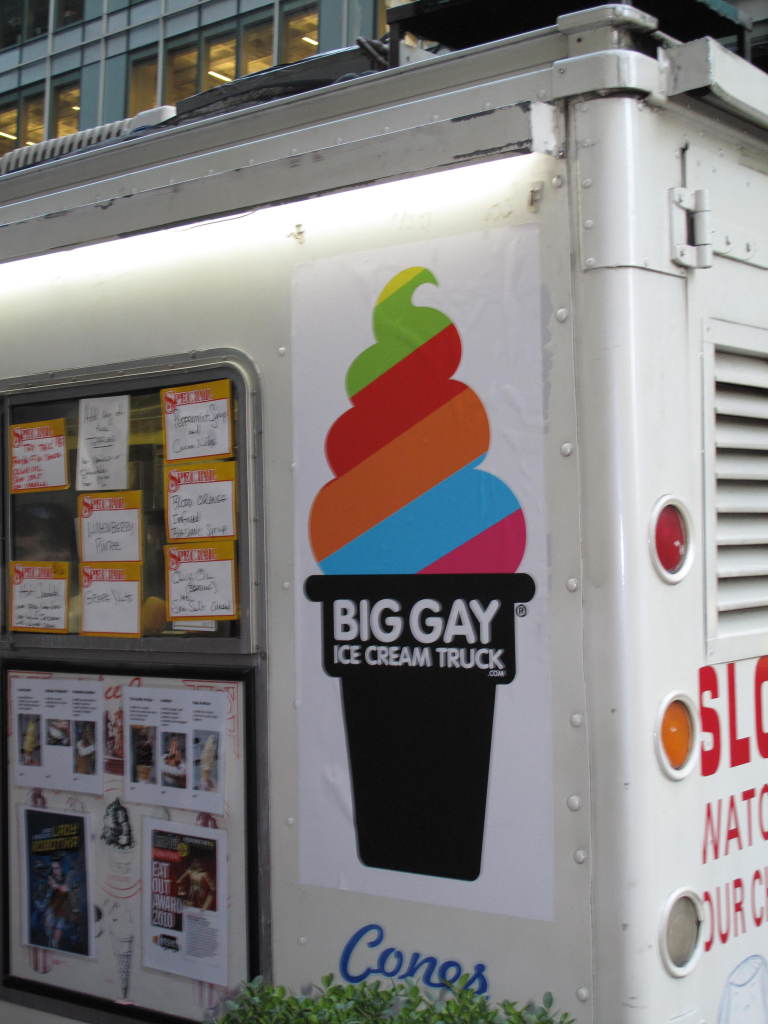 This truck is out and proud.

The cocktail party turned out to be split between three separate (and gorgeous) apartments. Bogosian cleverly hid from me the whole night, sticking to whichever apartment I was not in at the moment. I was terribly disappointed, but it wasn’t as bad as missing Sam Waterston would have been. I don’t know how I could show my face on this blog if I failed to stalk Sam and his beautiful brows.

At least I managed to take a picture with Eric Bogosian’s face on the theater marquee. 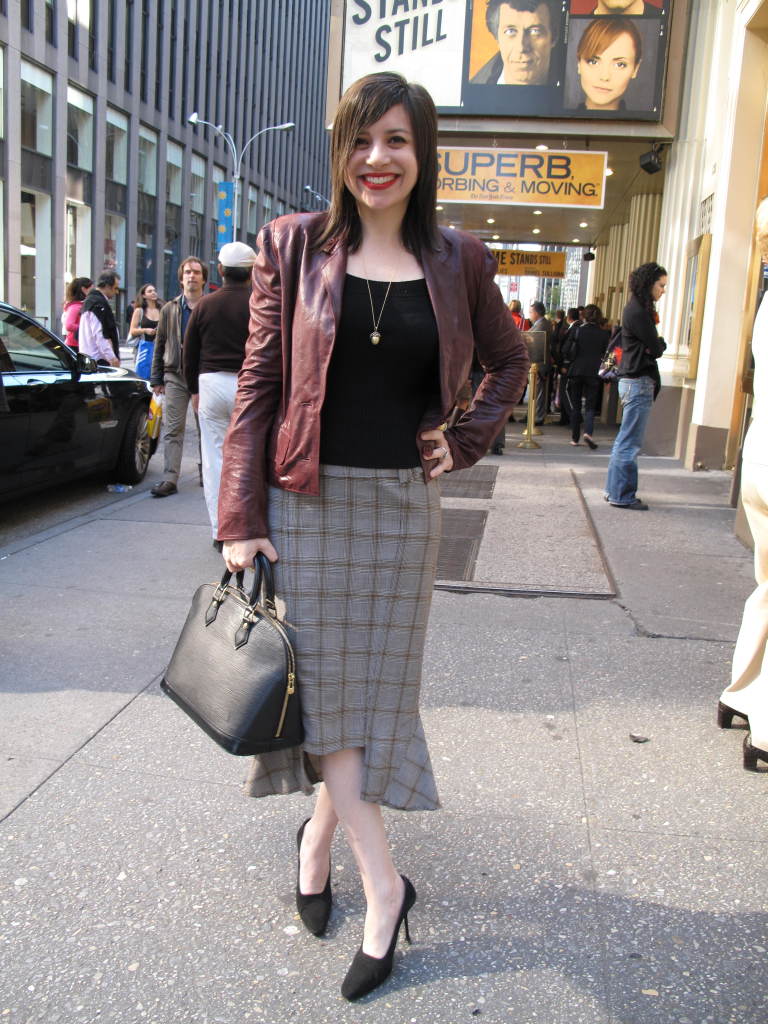 This was the second time I wore that outfit in a single weekend. Some bloggers are really into the “wardrobe remix” concept. They put loads of creative energy into finding new ways to combine old pieces in order to come up with totally fresh looks. I’m more into “wardrobe repeat.” I’ll wear one outfit all weekend and from year to year too: I modeled the same sweater, skirt and shoes in 2009 for my father’s birthday dinner. Also, I’ve worn that Dior jacket four times in the past two weeks, after leaving it in the closet for two years following its purchase. That’s how I roll, bitches.

Because I failed to snap Eric Bogosian, I made a special effort to take a picture of another dashing fellow — John Weis, the director of development and outreach for CPJ. John is always dressed to impress. I’m a big fan of his eye-catching colored shirts with matching ties. Check out his fabulous shoes, too.

I bet John is a great wardrobe remixer. If I ever discover that he’s a good Law & Order actor stalker too, I’ll have to seriously consider turning over this blog to him.

UPDATED TO ADD: In the comments, John said that the shoes are silver wing tips from Florsheim by Duckie Brown that he got at the last Barneys Warehouse Sale. He says, “A friend suggested that it’s what the Tin Man would wear if he ended up on Wall Street.”