I’m watching the Oscars now, hoping that Spotlight will win all six of its categories, including Best Picture. Not only was it an excellent movie about investigative journalism, but one of the real-life people portrayed in the movie is someone I’ve known for a long time!

That person is Marty Baron, who was played very accurately by Liev Schreiber. 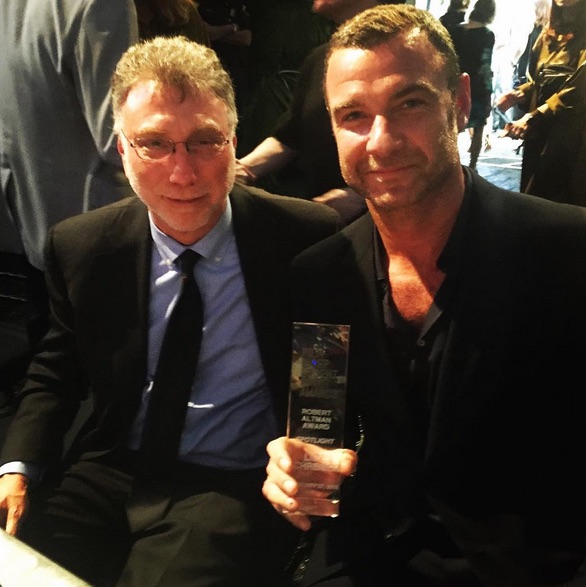 Marty on the left, Liev Schreiber on the right. From Liev’s Instagram. Celebrating yesterday’s wins at the Independent Spirit Awards.

Marty — who is now the editor of the Washington Post — had just become editor of the Boston Globe in 2001, when he assigned the paper’s investigative Spotlight team to look into allegations that the Catholic Church had covered up a former priest’s sexual abuse of children. Ultimately, more than 130 people came forward to say that John J. Geoghan had molested or raped them over 34 years.  Geoghan was the tip of the iceberg, though. The Globe discovered that the Archdiocese of Boston had quietly settled child molestation claims against at least 70 priests over 10 years. The Spotlight team won a Pulitzer Prize for its coverage in 2003.

CLICK HERE TO READ THE ORIGINAL SPOTLIGHT STORIES FROM JANUARY 2002.

I know Marty through MrB, who was the business editor at the Los Angeles Times when he hired Marty in 1979. (Embarrassing confession: MrB had a vanity license plate that read “BIZNES” at the time. BWAH!) “He was an obvious star,” MrB told Esquire for a profile of Marty that ran in November 2015. MrB and Marty have always kept in touch, so I’ve seen Marty a number of times. That’s why I had the nerve to ask Marty to speak at the Feb. 5, 2016, awards dinner for Columbia University’s undergraduate student newspaper, the Columbia Spectator. Obviously the date fell right in the midst of Spotlight Oscar mania, but Marty said yes. I attribute that to MrB being a fantastic BIZNES editor back in the day.

Rather than give a traditional keynote speech, Marty was interviewed by Margaret Sullivan, the public editor of the New York Times. (I’m sad to say that Margaret’s move to the Washington Post as its media columnist was in the works before the Spec dinner. I can’t take any credit!) 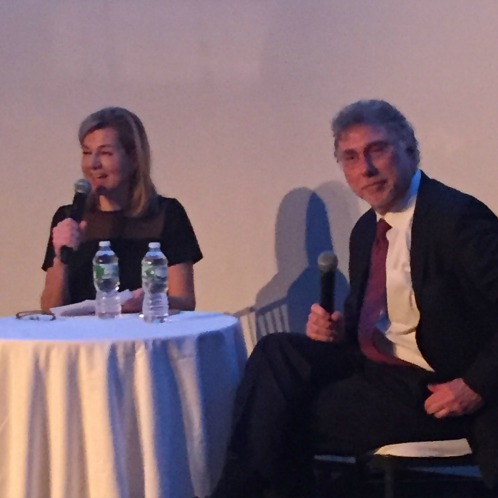 Margaret and Marty, addressing the audience at the Columbia Spectator dinner.

Of course, people asked plenty of questions about Spotlight. (He said Liev Schreiber was worried about portraying him because he’s “inscrutable.”) I might get some video of that later, but for now you can read Marty’s typically humble essay in the Washington Post about the movie.

CLICK HERE TO READ MARTY’S PIECE ON THE MOVIE.

Marty also did a informative interview with the Hollywood Reporter. And, if you want a deep-dive into the story and all of the people behind the events portrayed in the movie, check out the Boston Globe’s collection of stories here.

The other big excitement of this year’s Spectator dinner — for me, at least — was that I received an award for extraordinary service to Spectator for my six years as chairman of its board of trustees. I was quite surprised when the new chair, Stuart Karle, called me in January to tell me. I said, “You DO remember that you made a big fuss over me when I stepped down as chairman last year, right?!?” He said that this was a more formal fuss. How could I say no? (Especially because Stuart only agreed to succeed me when I promised to keep working on the dinner. The man drives a hard bargain.)

The award was presented by the three students/former students with whom I worked most closely: Michael Ouimette (former Spectator publisher and editor in chief), Ben Cotton (former editor in chief), and Alex Smyk (former publisher). Thanks to Donnie Decker for recording their introduction and my acceptance speech.

You might notice that what the students handed me isn’t a typical plaque or award. I was thrilled to receive, instead, a funny faux front page of the Spectator. That’s not a Spectator tradition; it’s a Wall Street Journal parting-gift tradition. I don’t know how it is there these days, but a farewell page wasn’t something that just anyone got. MrB, of course, got a page for his retirement from the Journal as managing editor in 2007. (I also arranged for him to get one for his 60th birthday in 2002.) Stuart, who was the Journal’s general counsel, got one when he left the paper in 2008. But when I left the Journal in 1995 as a news editor after three years, I didn’t get one. Now I have a page! Woot! I love that FitzRoy the cat and “What Wendy Wore” both found their way into two of the stories. 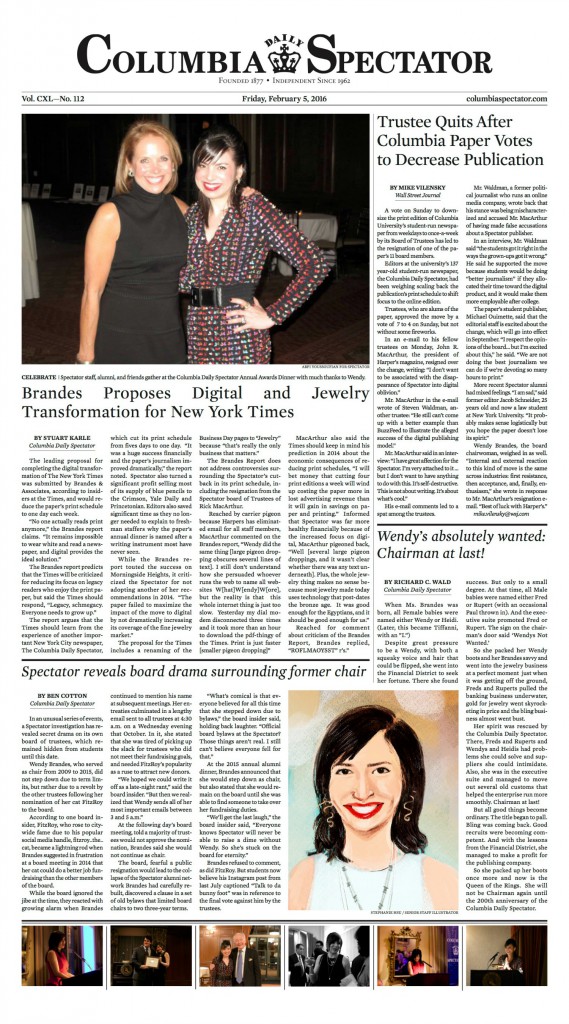 I briefly puzzled by the amusing article in the upper right corner, which was attributed to a Wall Street Journal reporter. I kept thinking, “No one on the board currently works at the Journal. Why did they do that?” Then it hit me that that was the real Wall Street Journal story that ran when Harper’s magazine publisher and former Spec trustee Rick MacArthur quit the Spec board in a huff after we voted to become the first Ivy League news organization to end daily print publication in order to concentrate on what students actually use — the online/mobile edition. That whole incident was so damn funny that two years later, I truly thought it was a parody! I’m still proud of the quote from me that ends the story.  If I never say anything remotely amusing again, I’ll always have that.

I hope I already expressed my appreciation adequately that night, but again — a huge thanks to my fellow trustees for this. I was totally taken aback when Stuart told me. And another big, big thanks to all the great students I worked with over the years.

Here’s a closer look at What Wendy Wore. 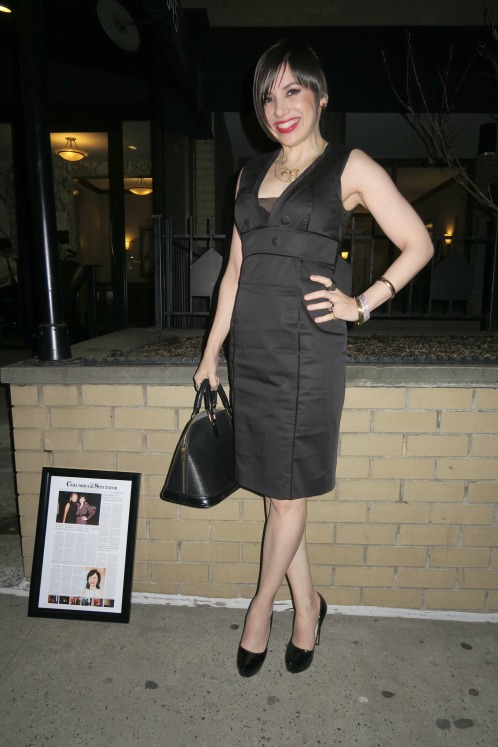 I insisted that my front page join me in the shot!