Back in the ’80s, Absolut Vodka did ads that were so fabulous that we used to rip them out of magazines and tape them to our college-dorm walls. In 1985, Andy Warhol participated in an art-themed series of ads. 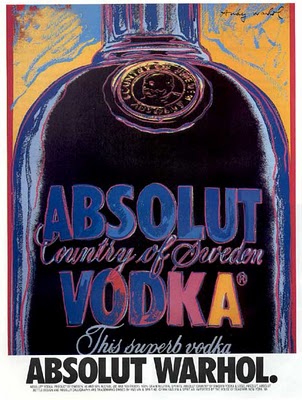 Absolut launched a fashion series in 1988 with a custom-designed dress by David Cameron. I know what you’re thinking: “WHO?!” Cameron won the CFDA‘s first Perry Ellis Emerging Talent Award in 1986, while he was still in his 20s. (The emerging talent award is now sponsored by Swarovski; the 2010 womenswear award went to Jason Wu .)  Like a lot of young, exalted designers of that era — and this era, for that matter — Cameron quickly went out of business, as did many of the other hot designers who participated in the Absolut campaign. But maybe the Absolut experience shined a light on his new career path, because he reportedly went into fashion advertising, where his work includes Revlon’s Halle Berry Fabulash campaign.

The Absolut Cameron ad, featuring long-legged Rachel Williams and shot by Steven Meisel, was seared into my memory. Once in a while, I look it up … and now I’m sharing it with you. 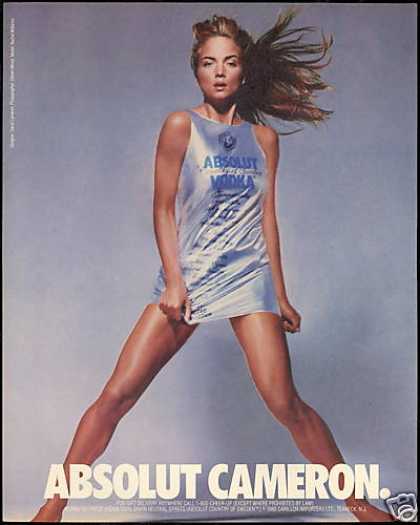 Doesn’t she look strong? I loved the Glamazon era of modeling.

UPDATED TO ADD: Rachel hit the runway for Giles Deacon in 2009.