In the ’80s, a designer named Sandra Garratt had a concept for modular, one-size-fits-all, mix-and-match clothing. She did two lines based on that idea: Units and Multiples. I particularly remember the Multiples accessory pieces that you could wear as a scarf or belt or top or whatever else you could invent. I hadn’t thought of Multiples in years, until I looked around the Francis studio and noticed attractive arrangements of multiples everywhere. 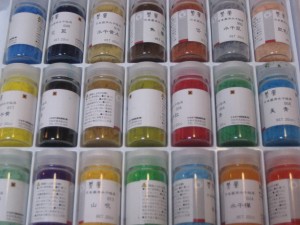 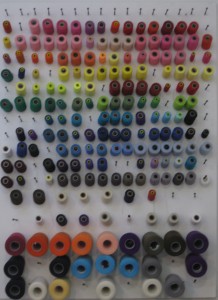 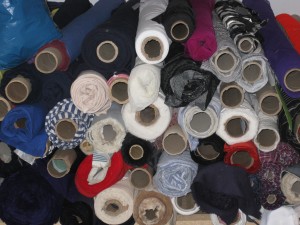 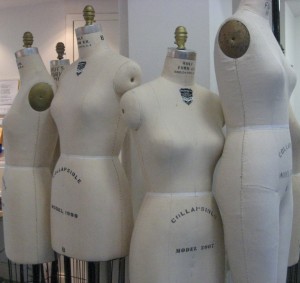 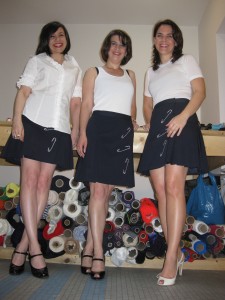 When I looked for more information on Garratt, I was amazed to find out she’d gotten her start as a design assistant to my favorite vintage designer, Ossie Clark. There’s an interesting New York Times article on Multiples from 1988 here, in which Donna Karan compares the Multiples concept to her own work:

”Multiples and I are like kissing cousins,” said Donna Karan, the designer. ”The first fall collection I did was a tube skirt with a roll-down cuff waistband in black jersey. They’ve made a business, a brilliant business, out of a few wonderful pieces that work.”

People Magazine also wrote about Garratt’s booming business in 1988, as did Inc., but just a year later, Garratt sued the company that bankrolled Multiples, wound up losing her rights to the line and filed for bankruptcy protection. As far as I can tell, Multiples exists primarily in the fond memories of customers, though Sandra Garratt is still working with the modular theme on a smaller scale here.

Speaking of hot trends from days gone by, everyone my age learned their multiplication tables from Schoolhouse Rock. I swear, “I Got Six” is a catchy tune. Enjoy!

*A version of this post was originally published on my now defunct Francis blog.