Today I planned to go see some Henry teh 8 artifacts at the British Library. When I told MrB about this, he said, “I wanted to go shopping.” Guess what I said:

I’m no fool, so off we went to Conduit Street, because MrB had a particular desire to go to the Vivienne Westwood store. Nothing there worked for me, but we discovered the Jean-Charles de Castelbajac store nearby and had great fun. I’m not a Disney fan but I loved trying on the Mickey Mouse shoes. 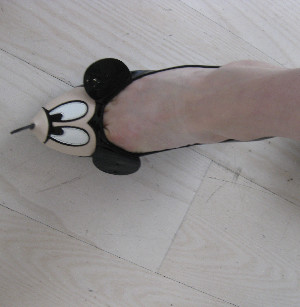 We bought two things at the store but you can’t see them till I wear them. That’s the rule. In the meantime, you can enjoy a picture of a sequined dress that I took through the window. 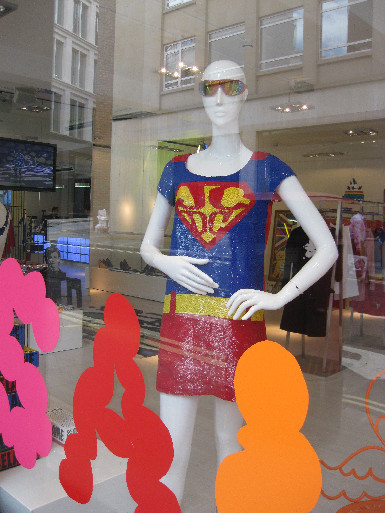 I was tempted to try this on.

In the evening, we went to meet our jet-setting designer friend Zang Toi, who was in town for an exhibit of Christopher Bissell‘s photography. I wore a teeny Zang Toi mini. Zang wore a skirt too. This is one of the few times that my skirt has been shorter than his. 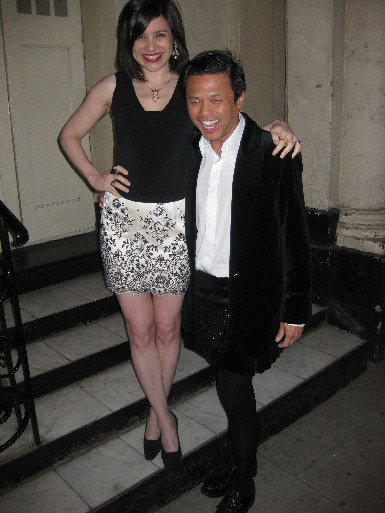 Outside the Wellington Club

Christopher Bissell was so nice and obligingly posed with me and Zang’s gorgeous friend Karen. Karen was the reason we were all invited in the first place. Thanks, Karen! 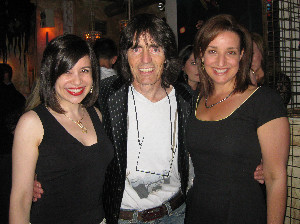 One thing I really enjoyed about the Wellington Club was the skull-shaped mirrored disco ball. 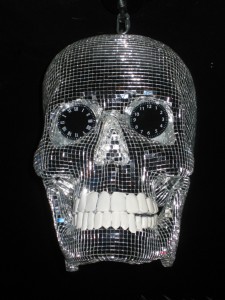 Pink-haired designer Zandra Rhodes was said to be on her way when we left, but we couldn’t wait around for her because after Zang has half a Bellini he needs to be tucked into bed ASAP. But the hot gossip was that when the party was first planned, Michael Jackson was supposed to be the mega-surprise guest. He certainly would have been a bigger surprise if he turned up tonight, no? That would have been a thriller. Unfortunately, I wouldn’t have had the right Castelbajac dress on for the occasion.

UPDATED TO ADD: In case you didn’t see gorgeous Karen’s report about the disco skull and other things in the comment section, here they are: “That was a Damien Hurst skull. There was that crazy Hurst wallpaper there at 4000 pounds/sq meter and a few paintings, too. Some of Christopher’s models showed up after you left and James Cosmo and UK shock jock James Whale gave a speech. There’s a lovely shot of the pink-haired Zandra on CB’s site, and I think the photos of her sold last night, too.”

UPDATED AGAIN TO ADD: Karen and friends report that Damien Hirst himself was there all night and we managed to NOT meet him. Could be worse. It’s not like seeing Hamlet in the theater and failing to realize Jude Law was the star of the show or something!