The movie The Warriors was a major inspiration for my designing friend Christian Francis Roth’s â€œGangs of New Yorkâ€ Spring ’09 collection. In the movie, all the New York City gangs declare a truce and meet to discuss forming a super-gang to take over the city. When the gang leader who called the summit is assassinated, the Warriors are blamed for it and have to fight their way through hostile territory all the way from the Bronx to their Coney Island home. It would be gross exaggeration to say that the following clip from the movie contains the most annoying audio ever recorded, but if there’s ever a vote on that sort of thing, this will be my write-in candidate.

Luckily, I didn’t have to fight anyone on my way to Coney Island and back yesterday. 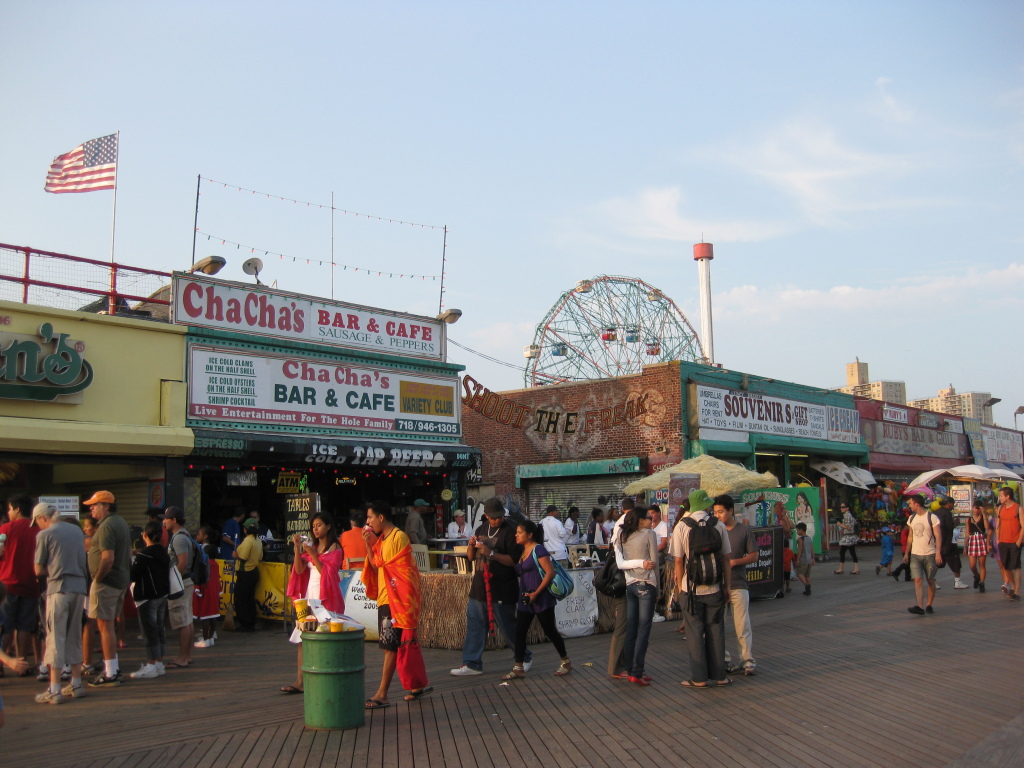 Cha Cha's has entertainment for the "hole" family. 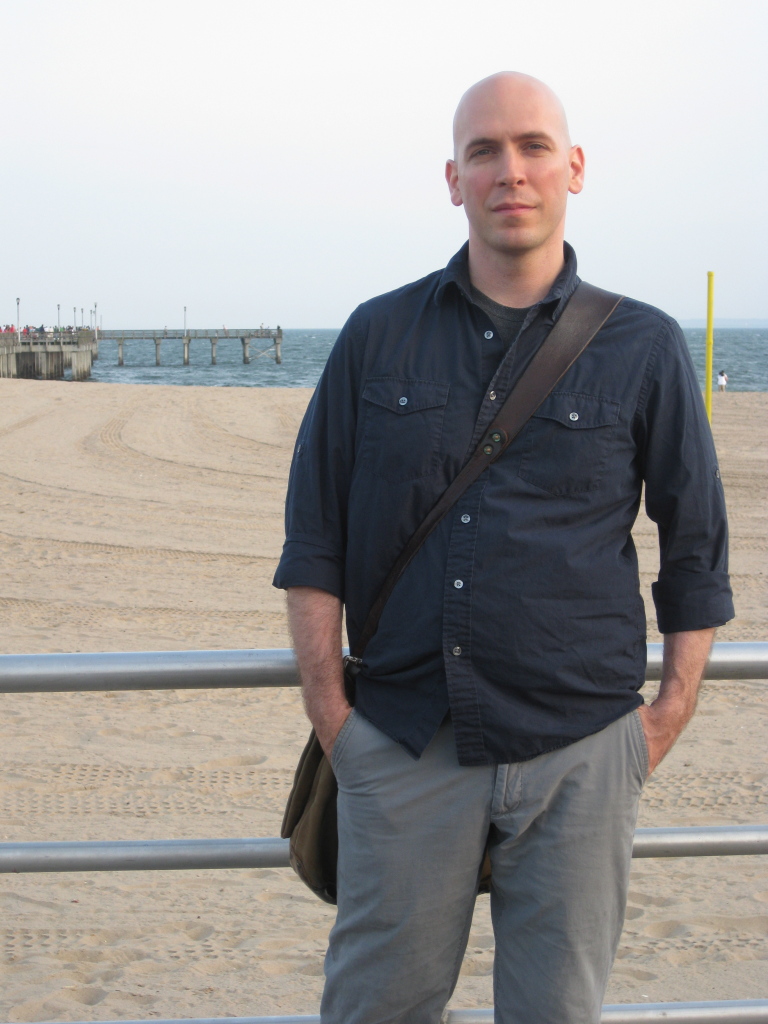 As close to the water as Christian wanted to get. 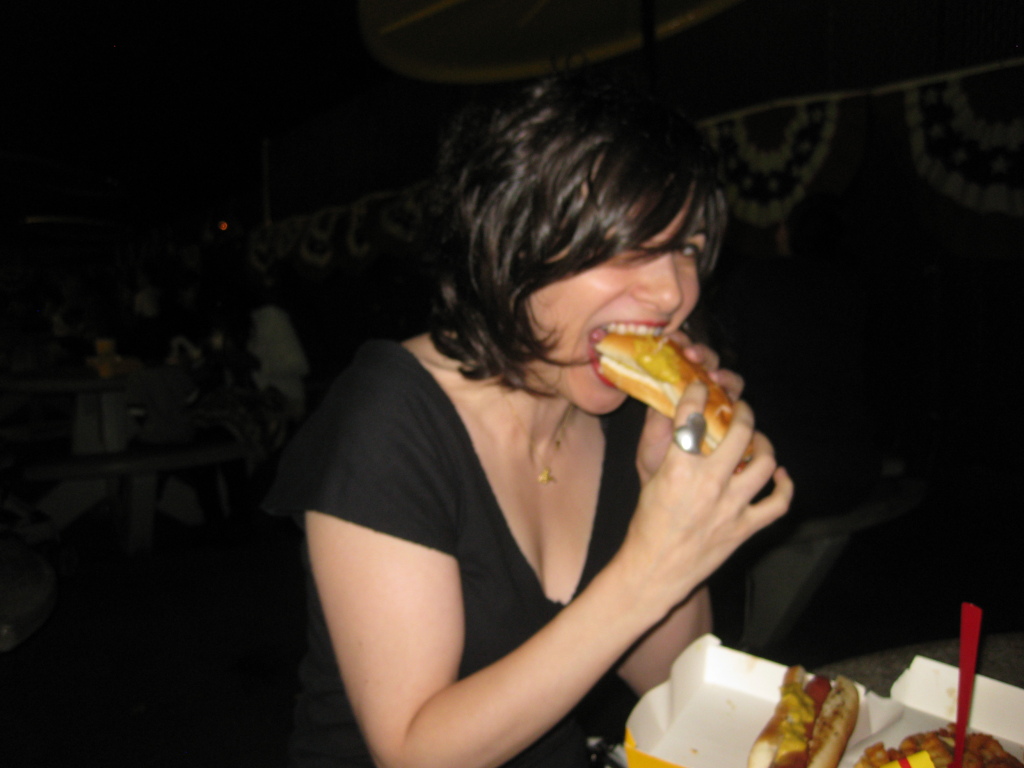 You can't go to Coney Island without having a Nathan's hot dog. 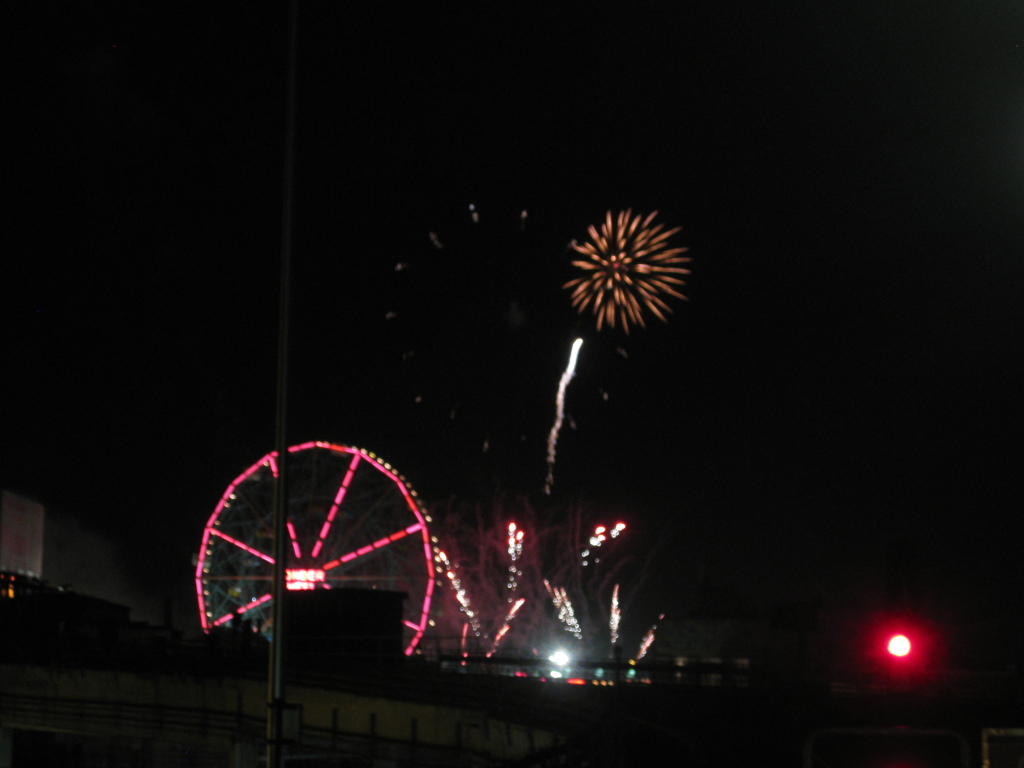 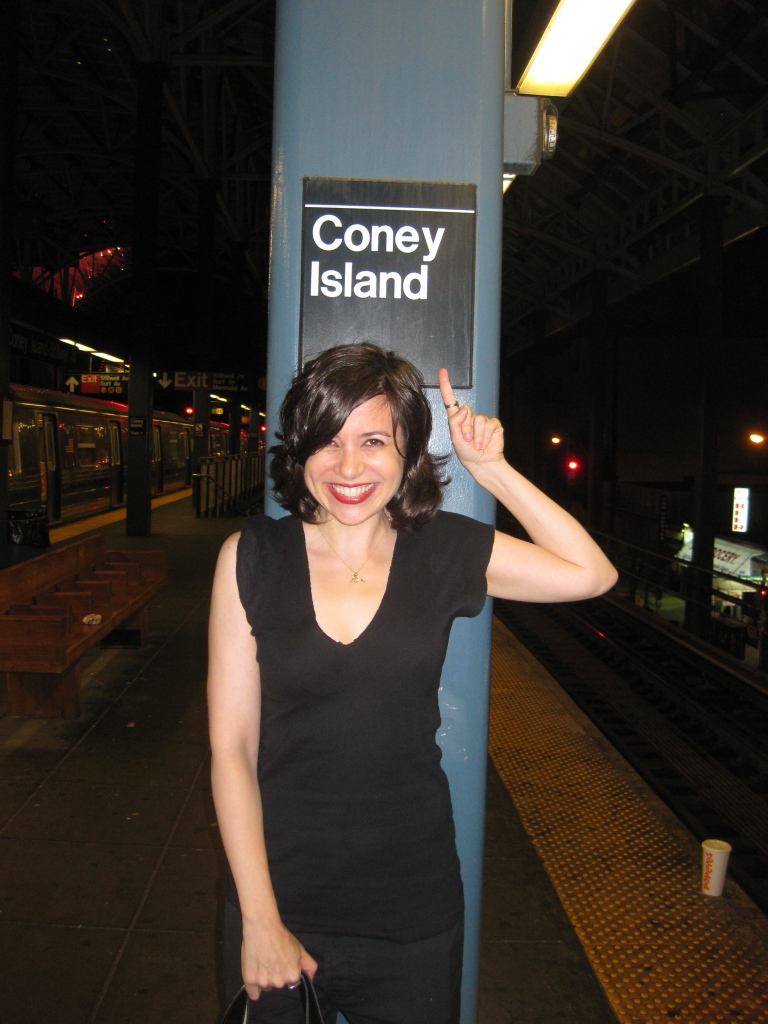 Proving that I took the subway home.

When I got back to Manhattan, I fought my way through a crowded bar to hear my gorgeous friend Jen sing. Yep, not only does Jen dance and stalk celebrities — she sings too. Congratulations, Jen! You were great. Can’t wait for the next performance.

UPDATED TO ADD: I had no idea that folk singer Arlo Guthrie was born in Coney Island till I just read it in the New York Times. If you want to hear Arlo pla-a-ay, he’s giving a free concert in Battery Park on Thursday, June 30.

You might also like
Throwback Thursday: Non-Lobster Quadrille in Vienna
What Wendy Wore: Alexander McQueen at Lollapalooza
I'm a Pretty Girl (So Vote for Me)
Previous Post: « A Note
Next Post: The Subway Map Dress Does What Fashion Should Do* »