You’d think that after this recent post, I would have stopped reading the non-fashion articles in the Sunday Styles section of the New York Times. I know I should avoid exposure to quotes from incredibly annoying people, but I still couldn’t resist last Sunday’s section.

The latest irksome article, about abandoned blogs, was called Blogs Falling in an Empty Forest. According to the piece, Technorati statistics indicate that 95% of blogs die a quiet death, though over what time period it doesn’t say. The story mentions people who lose interest in their blogs (nice shout out to our young friend Stephanie of the now-defunct Fashion Robot), people who regret being personally revealing, and people who don’t make as much money from their blogs as they’d hoped. Those were all okay with me. What drove me crazy was the first example: the blogger who got no comments. Here’s what the Times said:

Thus was born Rantings of a Crazed Soccer Mom, the blog of a stay-at-home mother and murder-mystery writer from Wilmington, N.C. Mrs. Nichols, 52, put up her first post in late 2004, serving up a litany of gripes about the Bush administration and people who thought they had ‘a monopoly on morality.’ After urging her readers to vote for John Kerry, she closed with a flourish: ‘Practice compassionate regime change.’

I don’t know what kind of effort Judy Nichols put into promoting her blog and interacting with other bloggers, but the story gives no evidence of any and the reporter seems as baffled as Nichols by her lack of response. “I just wanted to post something interesting and get people talking, but mostly it was just my sister commenting,” Nichols told the Times. Well, maybe she should have reached out to enough friends, acquaintances and colleagues to have them among her commenters, though as everyone on MY blog roll knows, the key thing is really reaching out to fellow bloggers.

The following rant is not addressed to my super-cool, interactive blog roll bitches but to bratty “bloggers” moping over their lack of comments/fame/fortune/whatever: Guess what, folks! As I mentioned here, the world does not revolve around you. It revolves around Oprah. So, unless you’re Oprah, you can’t start a blog, sit on your lazy ass and expect the world to “beat a path to [your] digital door,” as the Times put it. Not only do you have to let people know of your online existence in the first place — because it’s not like millions of people suddenly say, “Eureka! I sense a new blog out there!” — but you also have to give some attention in order to get some back. In other words, if you don’t ever comment on my blog, don’t expect me to comment on yours. Moreover, if I have the misfortune to stumble across your blog and find a whiny post saying, “Maybe I should shut down this blog because I don’t have any comments,” I will egg your house. Don’t ask me how I will find your house. I just will. 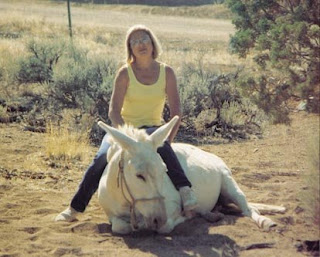 GET OFF YOUR LAZY ASS!
Photo source is here
You might also like
A Sad Case
Practical Accessorizing: Tiaras and Shields
Mythological Creatures
Previous Post: « Where’s the Beef?
Next Post: The One Where I Get a Hand Job »