I always thought Dick Fuld, the chairman and CEO of Lehman Brothers (my former employer), was an arrogant S.O.B. But I’m not really taking any pleasure in his being scapegoated for the current financial crisis. Lehman wouldn’t have failed if the government hadn’t decided to stick to a “tough love” approach for all of 24 hours — just enough time for Lehman to crash and burn — because the bureaucrats couldn’t comprehend the impact that would have. 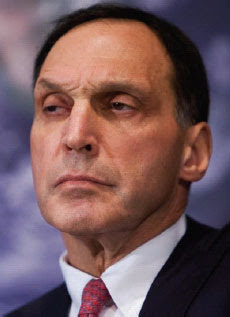 I’m also irked by “regular people” complaining about how the economy was ruined by rich meanies like Fuld, while they, the regular people, were innocent victims. In my experience, a lot of regular people are regularly greedy and regularly stupid and regularly looking for a get-rich-quick scheme. If regular people weren’t greedy and stupid, Las Vegas would revert to an empty desert. Nigerian princesses would stop emailing me requests for wire transfers and calling me “Darling.” But, as P.T. Barnum may or may not have said, there’s a sucker born every minute.

Regular people regularly invest in stupid ways. The guidelines to sensible investingcan be boiled down to:

Easy, right? Notice that the list does not include, “Buy high, then pray really hard for it to go even higher.” Then why do regular people regularly overextend themselves, pouring their kids’ college money (money they can’t stand to lose) into stocks, real estate and commodities that are already sky-high? As Joseph Kennedy pointed out, when the shoe-shine boy is giving you stock tips, it’s time to sell. 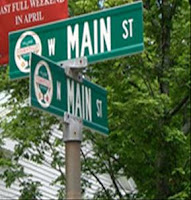 There’s a reason it’s “Main Street” and not “Genius Street.”

Nowadays, numerous regular people are asking me how to buy gold. They’re not asking to purchase my beautiful jewelry, unfortunately. They want to buy gold as an investment. The best time to buy gold would have been in 2001 when it was below $300 an ounce. Now it’s over $900 an ounce, a bit below the all-time high it hit earlier this year when it surpassed $1,000 an ounce. But all the regular people tell me they read/heard/dreamed it would hit $2,000 an ounce next year. I don’t rule that out. Anything is possible. If you gamble on that and win, I’m happy for you. But how is this different from buying a house during a real-estate bubble and praying that the bubble will get even bigger? Or buying Lehman stock at its high and hoping it will go even higher? You’re only investing because everyone — including the shoe-shine boy — is doing it and you don’t want to be left out.

When I try to talk to people about their gold-buying plans, they don’t want to listen. The fact that I have closely monitored gold prices on a daily basis for four years means nothing to them. It wouldn’t be so bad if regular people had the sense to sell at the right time but, in addition to being greedy and stupid, people are, well, greedy again. If they’ve made a profit, they want to make a bigger profit, so they hold their investments too long, miss the peak and end up riding the wave all the way back down. If you want to invest, you can be a bull or a bear — just don’t be a pig. I say this as someone who sold her Lehman stock just below its high. Right before I made the call, I thought, “Should I wait and see if it goes back to the high?” Then I said to myself, “Self, don’t be a pig. Sell now.” Earlier this year, I basically said the same thing out loud to a dude who bought gold in the high $900s. Gold had just broken $1,000 so I said, “Why not sell now, get your slight profit and repurchase when it goes below $900.” But no, he just had to keep it. It’s been below his purchase price ever since, though it’s creeping back up there. Maybe it will go to $2,000 and he will feel vindicated, but you know he’ll probably hold out for $3,000 an ounce and ride it back down to $300. 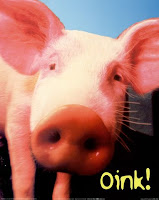 Personally, I bought gold — for use in my business, not a long-term investment — when it fell to $750 an ounce last month. I figured that was as good as it would get for a while. But who knows? This January, I bought platinum at about $1,600 an ounce for some rings I planned to make in the summer because I saw prices were soaring. Indeed, by the time I made the rings in June, platinum was trading at over $2,000 an ounce. Great investment, right? Well, for the moment it was. But now platinum is going for around $1,000 an ounce. Timing is everything. (By the way, if you’re considering making a piece of jewelry in white gold right now, it’s worth your while to upgrade to platinum.)

Anyway, I’m not giving out any more information on how to buy gold. Since these would-be investors are such geniuses, they should be able to find that information themselves, right? From now on, my only investment advice is to buy Wendy Brandes gold jewelry. That way, you’re ahead no matter what happens. If gold goes up to $2,000 an ounce, you’ve got some to sell. If gold doesn’t rise that far — or if you miss the high — you’ve got something beautiful to wear. What’s not to love about that?

Diana Necklace in 18K gold and diamonds
© Wendy Brandes 2007-2008
(To order or get more information email wbjewelry at hotmail dot com)
You might also like
Wednesday's Video: Advice About Advice
The Week in Review
Happy August!
Previous Post: « The Real Stuff
Next Post: The Latest From Acne Jeans »