My last Book Club post took a lot out of me. In fact, Book Club posts always take a lot out of me. When I had drinks with my old friend Dave Kansas recently and was reminded that he majored in history, I realized I could interview him by email for a Book Club post, thereby making him do all the writing. He happily agreed to this, providing further evidence that delegating (aka “not doing things”) is my #1 skill. Seriously, y’all. At one of my corporate jobs, I delegated everything so successfully that I had nothing to do all day. 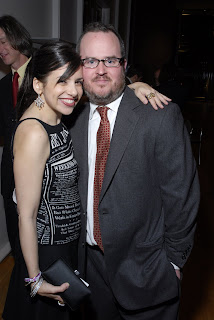 Here are a few notes on Dave. We met at Columbia University in 1987. (Those of you who were not born till well after 1987 should refrain from commenting, “OMG! I wasn’t even born when you were in college!!” I know I’m old enough to be your mother, and I’m not going to take any sass about it from you youngsters.) In addition to being a very smart guy and gorgeous like all my other friends, Dave is a great singer. Plus, he’s a newlywed! He just got married to the lovely Monica. 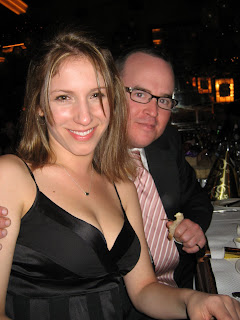 Dave’s last name has provided me with two decades of entertainment. One time, I had misplaced his office phone number and had to call the company operator to get it. The conversation went like this:

WendyB: “Dave Kansas, please.”
Operator: “Can you spell that last name?”
WendyB: “It’s just like the state.”
Operator: “You need to spell it.”

I should point out that Dave is from Minnesota, not Kansas. Anyway, here’s the Book Club post I tricked Dave into writing for me.

WendyB: I’d totally forgotten you’d studied history. Thank God! These Book Club posts I do are pesky. I mean, lots of fun! Really fun, and they’re super popular. I bet you could write the best Book Club post ever. So, remind me what your specialty was.
DaveK: I studied American history in college with a focus on the antebellum South.

WendyB: What the hell drew you to that period of history?
DaveK: I’d always had a fascination with the Civil War, inspired by my grandfather. He had a bunch of Civil War books, including one that had these very cool graphics that depicted various battles. Being from Minnesota, I was also excited to learn about our state’s history in the Civil War.

WendyB: You know, Minnesota isn’t the first state I think of when I think of the Civil War. What happened there?
DaveK: Minnesota became a state in 1858 (Happy sesquicentennial!) and the war started in 1861. The governor of Minnesota happened to be at the White House when Abe Lincoln called for volunteers, giving him the chance to make Minnesota the first state to answer the call to duty. He, of course, thought things would mostly be wrapped up by the time he got back home. Whoops! 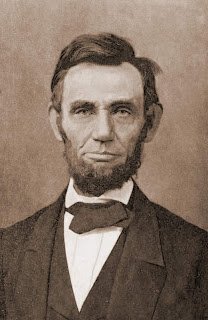 WendyB: Tell me a story about heroic Minnesotans that will make me cry.
DaveK: The small Minnesota contingent played a significant role at Gettysburg,which I recently visited. On the second day of the three-day battle, a cohort of more than 1,000 Alabamans moved to exploit a hole in the middle of the Union lines. Union General Hancock arrived at the scene to find about 260 soldiers, the First Minnesota, close to the breach. He said something like: “This is all of you?” They nodded. He responded: “Fill that hole!” They charged in and suffered 215 casualties, the largest number of casualties ever suffered before or since by a single American unit that survived a military engagement. The unit’s flag fell and was re-raised five times during the onslaught. Their sacrifice bought enough time for the Union to rally and hold the line. The next day, the remainder helped repulse Pickett’s Charge and actually grabbed his unit’s flag in the engagement. Remarkable story considering more than 160,000 soldiers were in the field. 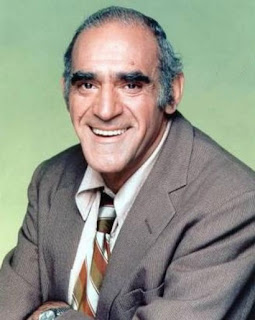 Actor Abe Vigoda
He has nothing to do with anything in this post, except that his name is Abe.

WendyB: And you’re not all about the war, are you? You also studied pre-war South. What did you think of that?
DaveK: I found the era surreal and fascinating. A mixture of things hard to believe — huge, beautiful plantations and horrible slavery. So, while I studied a lot of American history, I focused a great deal on the antebellum South.

WendyB: Some of my readers won’t know what “antebellum” means. Can you explain the term for them?
DaveK: Antebellum — before (ante) the war (bellum) — commonly used to refer to the pre-Civil War South.

WendyB: Are you one of those dudes who dresses up in Civil War uniforms and runs around fields pretending to shoot other dudes?
DaveK: Ah, in the trade, we call that re-enactments. I haven’t actually done a re-enactment, but I have many friends who have. There’s even an outfit, called the Minnesota First, which participates in various Civil War re-enactments. My nephew, Hunter Thompson (seriously!), has done re-enactments as a drummer boy. For myself, I have done something similar, which is called Living History, like colonial Wiliamsburg. One summer during college I was a living history interpreter at Historic Fort Snelling. The period was 1827 in what is today the Twin Cities. I played a soldier from Boston named David Collins, working off a criminal offense in the army. Since Kansas is an Indian name, that wouldn’t have been historically accurate as a surname at that time. I learned how to load and shoot an 1804 Springfield Flintlock musket, learned how to do parade drill and shot a cannon. That was a pretty fun summer job. We pretended that all the visitors had taken the boat up from St. Louis and remarked at the big
birds flying overhead (we were right next to the airport). 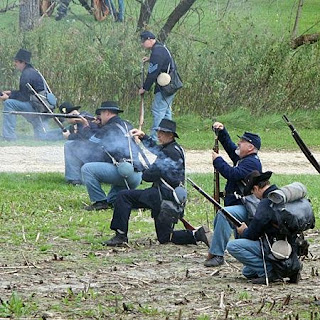 I bet the Union re-enactors have ‘tude because they know they’re going to win.

WendyB: What books do you recommend for people who want to learn more?
DaveK: Here are a few, some familiar and some not familiar at all. I’ve always wondered why there’s not more interesting fictionalized histories of the period (outside of the Civil War stuff). If anyone has suggestions, love to hear them!

WendyB: Does that mean you don’t want to hear my excellent Butterfly McQueen imitation where I yell, “I don’t know nuthin’ ’bout birthin’ no babies!” Do you even know what I’m talking about?
DaveK: Butterfly McQueen, eh? While I haven’t seen the movie, I know a few things about it. “Frankly, my dear, I don’t give a damn.” Clark Gable. And, always useful for crosswords, Tara. As for birthin’ no babies, I’m sure that’s some precious plantation mistress talking about how she don’t know nothin’ about the real world.
WendyB: BZZZT! Wrong! That line was spoken by Prissy the slave who claimed she knew everything about birthin’ babies right up until the time Melanie’s baby came. You and I once had a cab driver in London who kept saying to you, “You know everything!” I’m going to have to call him and tell him that there’s one thing you didn’t know. 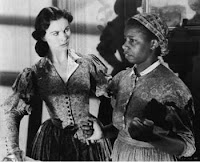 WendyB: Do you realize I made you write a Book Club post for me because I was too lazy to do one myself? Do I remind you of Huck Finn’s friend Tom Sawyer, who tricked his friends into whitewashing a fence? Also, you’re a great singer. Have you ever sung “Tom Sawyer,” the song by Rush?
DaveK: You are just like Tom Sawyer! And I used to listen to Rush sing that song in high school…I can say I sung along.

WendyB: Do you have any incriminating photos of me from college?
DaveK: Ooooooooh….I’m certain that I do.
WendyB: Okay, just tell me how much money I have to pay you to keep those off the Web, and I will send the check over straightaway. Thanks for the great interview!