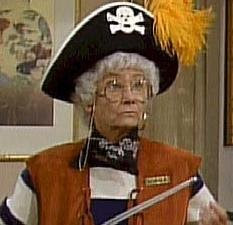 Check out “Sophia’s” comments on the ages in obituaries at 1:21 of this clip.

Speaking of ages, you know who is 86? Bea Arthur! She was two years OLDER than the woman who played her mother on TV! Very Anne Bancroft as Mrs. Robinson, no?

I was planning to post some Golden Girls shopping suggestions later this week, but I’ll share them now, since this is an important day in Golden Girls history. First, all you Golden Girl wannabes should consider this Proenza Schouler top on Net-a-Porter. 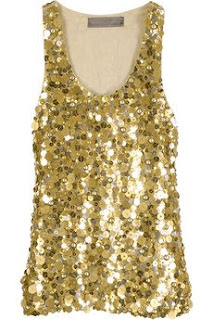 These Alexander McQueen leggings are wine-colored rather than gold, but they’re so beautiful I’d grant honorary membership to anyone who gets them. I think that’s sufficient motivation for spending $2,345 on them, don’t you? 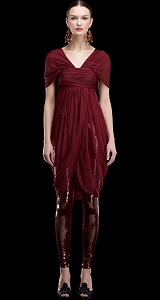 Do it in honor of Estelle!