More peacocks! This hairclip is $62 at Shopbop. 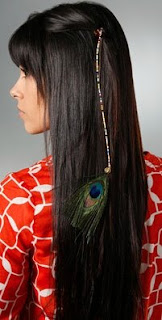 Shopbop describes it as “So Stevie Nicks circa 1979,” but to me it’s “So Mahwah High School circa 1982.” I guess we were behind the times.

The Shopbop version is all snazzy, with a plastic comb-like clip. That’s not how it was originally done! Back in the day, the part that you stuck in your hair was a metal roach clip. The ones going for $15 on Etsy look more like the real thing. 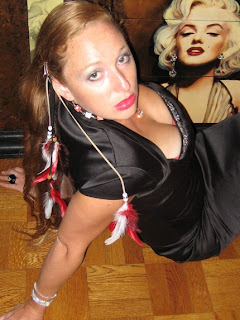 You might also like
Wigging Out With Keith Carpenter
What Wendy Wore: The Weinstein Company Pre-Oscar Party
Wednesday's Video: Slow Fashion, Purse Edition
« Put It in Neutral
I Feel So Incomplete »