When I was a child, I was afraid of tests of the Emergency Broadcasting System. They were so shocking. One minute, I’d be enjoying Morgan Freeman’s performance as Vincent the Vegetable Vampire on The Electric Company. The next minute, my innocent eardrums would be assaulted by the ominous whine of the Attention Signal. 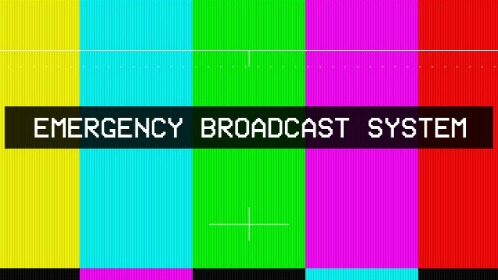 Before remote controls became a standard part of television sets, there were only two choices in this situation: Rush towards the terrifying sound to turn the TV off, or run to the nearest parent, shrieking, “It’s a test! It’s a test!” (I always chose the latter.)

It wasn’t just the Attention Signal that scared me, but the frightening announcement that came with it. The wording changed over the years but the version that sticks in my mind is, “This is a test of the Emergency Broadcast System … If this had been an actual emergency, you would have been instructed where to tune in your area for news and official information.”

I recalled this fear after reading a Washington Post story by Margaret Sullivan, headlined, “Our First Amendment test is here. We can’t afford to flunk it.” In it, she shares the 45 words of the First Amendment to our Constitution:

“Congress shall make no law respecting an establishment of religion, or prohibiting the free exercise thereof; or abridging the freedom of speech, or of the press; or the right of the people peaceably to assemble, and to petition the government for a redress of grievances.”

“Everything we have — everything that makes us unlike any other nation — flows from those words and the protections they offer for free expression … These are rights that allow us to march in the streets, to worship freely, to publish tough stories about the government. First Amendment rights are not just for journalists but for everyone — they are so core to our democracy, so much a part of everyday America, that we take them for granted.”

As Sullivan points out, Donald Trump is already threatening those rights. 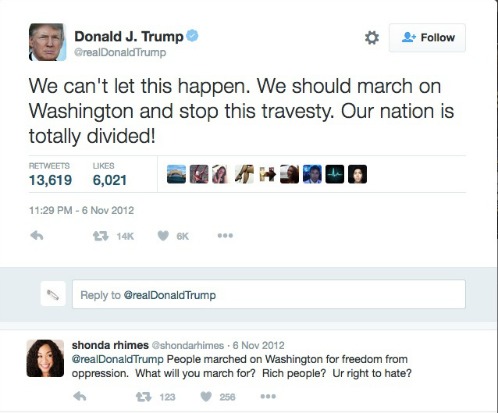 In a way, I’m most struck by what Conway said. The First Amendment specifically prevents the law from being used to suppress free expression. And that’s what Conway brought up. The law. Same as this Texas elector who threatened legal action against a woman who emailed all the members of the electoral college with her request to withhold their votes for Trump.

Then there was talk that Ben Carson was in the running for Secretary of Education. This is the man who — when he was trying to capture the Republication nomination for president last year — said, he would use the Department of Education “… to monitor our institutions of higher education for extreme political bias and deny federal funding if it exists.” And people were worried about trigger warnings and safe spaces suppressing free speech!

At least Ben Carson turned out to be a false alarm for a reason that would be funny if it weren’t stunningly irrational. As his spokesman told ABC, Carson feels he shouldn’t run a government agency because he has no government experience. YET HE RAN FOR PRESIDENT.

This is Alice through the looking-glass, where everything is backwards and upside down and a queen turns into a sheep who is knitting in a shop until the shop turns into a boat and we’re all rowing for our lives.

This is not a test.

This is an actual emergency.

Tune into my next posts for more information.

CLICK HERE.
You might also like
Feminist Jewelry for the Holidays: Last Call!
Online Shopping Sadness at eLuxury
The History of the Nixon Protests, From L.A. Kauffman
Previous Post: « A Symbol of Safety
Next Post: Wendy Brandes Jewelry on HTGAWM and Bella »