Video of the Year? Who cares! We all know that the most prestigious category at the MTV Video Music Awards is my Best Dressed/Wear What You Want combo.

The last time I gave out one of my coveted awards was in May for the Metropolitan Museum of Art Costume Institute gala. Before that, I had declared that the Best Dressed/Wear What You Want honor would go to an event attendee who was dressed beautifully and interestingly, but, at the time of the Met gala, it dawned on me that conventional attractiveness in dress wasn’t mandatory.  “It’s more important to be eye-catching,” I wrote.

Typical awards shows are too staid for my taste, but there is always a lot of “eye-catching” at the VMAs. This year’s red carpet was particularly lively. The tweet that best summed up the fashion vibe was this.

I mean, there was a lot of craziness going on, starting with every single thing that show host Miley Cyrus wore.

But Miley’s most striking look was her expression of shock when Nicki Minaj ended an acceptance speech for the Best Hip Hop Video award by calling out Miley for her recent whitesplaining in the New York Times. “Back to this bitch, that had a lot to say about me the other day in the press. Miley, what’s good?” said Nicki, with a look that nearly turned home viewers to stone.

Miley wasn’t expecting that (MTV says this was not scripted).

That’s something one doesn’t see often enough at award shows! Later, Kanye West tried to win back his VMA STUNT QUEEN crown (to borrow a term from the highlarious Michael K of Dlisted) by saying he’d run for president in 2020 but … sorry, Kanye. That was no “Imma let you finish” moment. The ladies beat you this time in the newsworthiness department. Oh, and Nicki was totally right to do it too.

Anyway, my Best Dressed/Wear What You Want combo goes to model Gigi Hadid in her beautiful and eye-catching Emilia Wickstead bodysuit/gown.

I’m always a big fan of the mullet dress (and hairstyle) and this is the ultimate mullet. (It’s also the inverse of Jennifer Lopez’s famous 2000 Grammys bodysuit/gown by Versace, with the bare skin at the bottom rather than the top.) Gigi’s deep tan and tawny hair reinforce the mustard color of the gown. I just want to slap her on a hot dog and eat her up, and I mean that in the best possible way.

Runner-up is FKA twigs. She knows how to work a strappy look and this sheer number is quintessential Versace.

I must admit that it was a challenge for me to focus on the Best Dressed element of my selection process when I was so intrigued by the literal statement outfits worn by friends Amber Rose and Blac Chyna, designed to to fire back at haters and slut-shamers.

The women became known through their relationships with rappers. Amber Rose dated Kanye West from 2008 to 2010, and married Wiz Khalifa in 2013. (They have a son; they’ve also filed for divorce.) Blac Chyna has a son with rapper Tyga, who had a hit with “Rack City” in 2012, but whose bigger claim to fame is that he left Chyna for the then-underage Kylie Jenner.

Both Amber and Blac Chyna have gotten a lot of abuse for working as strippers, so, Chyna explained, “We basically wanted to paint a picture of what everybody already says about us.” Talking to Kelly Osbourne on the red carpet, Amber added, “”They call us sluts and whores all the time, so we just embrace it.”

This gave me a flashback to the 1990s, when Courtney Love wrote on her body with lipstick. 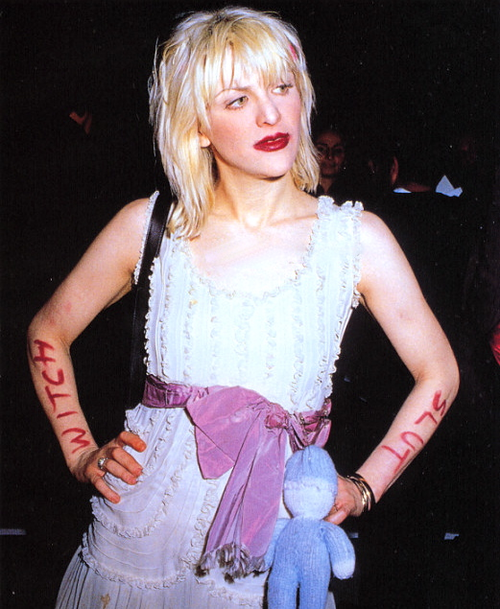 Does anyone know the original source for this photo? It’s all over the Interwebs.

Once I started looking for Courtney photos, I couldn’t stop. I was literally up till dawn scrolling through pictures of Courtney and rereading her interviews. Even though I find some of Courtney’s behavior intolerable, there’s no denying her talent as a musician. I still think 1994’s Live Through This, by her group Hole, is a perfect album. Not one bad song on it. 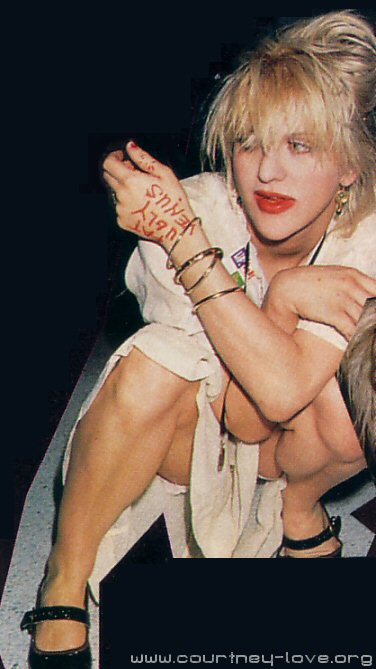 Like Amber Rose, Blac Chyna and someone I know personally (ahem! me), Courtney has often been viewed as an appendage to a man — in this case, Courtney’s late husband, Nirvana frontman Kurt Cobain. People have gone as far as suggesting that Kurt wrote the very female-centric songs on Live Through This. To me, that makes as much sense as saying this. 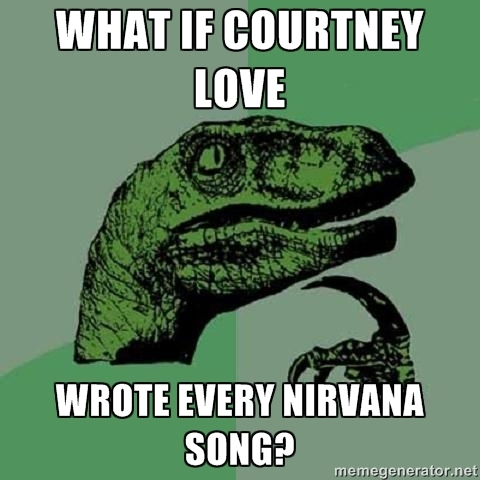 For me, no other musical performer has embodied female anger and power on stage, with a guitar, quite like Courtney Love. When someone called her the “female Jim Morrison,” she declared she wasn’t the female version of anything: She was her own breed of rock star. I agree. 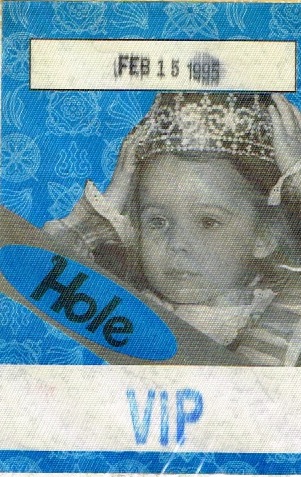 Offstage, Courtney knows all about creating a good VMAs moment. Basically, if you feel an overwhelming urge to throw your makeup at Madonna .. go with it, girl.

In Madonna’s 1991 Truth or Dare documentary, her then-boyfriend Warren Beatty said, “She doesn’t want to live off-camera, much less talk. There’s nothing to say off-camera. Why would you say something if it’s off-camera? What point is there existing?” Four years later, Courtney Love succeeded in driving Madonna away from the camera. Behold, the power and craziness of Courtney Love!