My gorgeous friend Stacy Lomman got us tickets to see iconic punk band the Damned perform at Irving Plaza on Halloween, so I wasn’t sure what costume I should wear or if I should wear one at all. I mean, what if I decided to wade into the mosh pit and do some crowd surfing? I wouldn’t want to be wearing a flapper’s beaded dress. 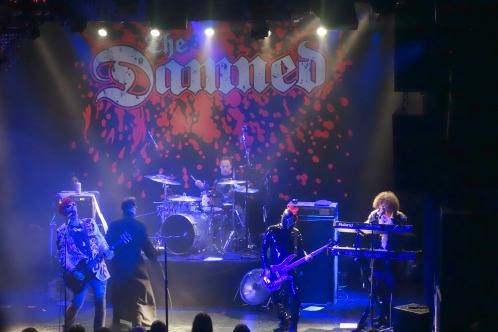 That’s Captain Sensible on the far left in his signature red beret.

Shortly before we were going to meet, Stacy offered me the use of a top hat. First I considered being a dark-haired Stevie Nicks. Then I thought, “No! I’ll be Babe-raham Lincoln.”

I figured a black tuxedo suit and old-fashioned white shirt would do the trick. 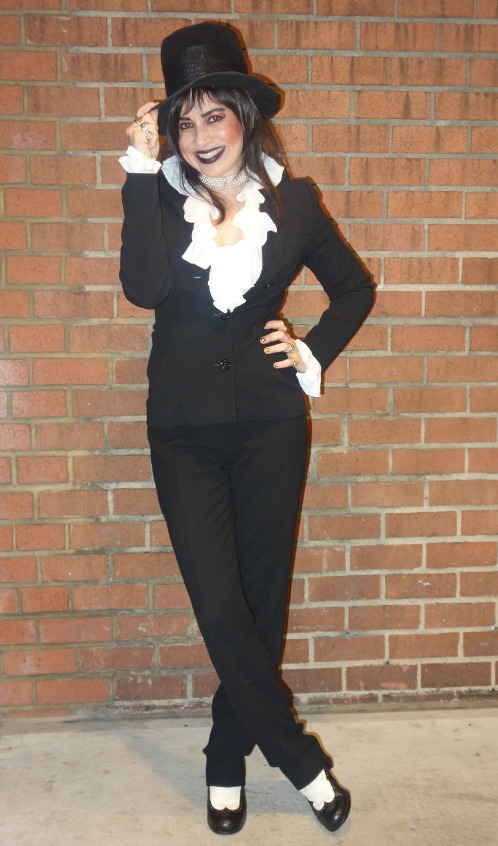 Coincidentally, I got that suit in another “should I or shouldn’t I wear this” moment — on March 21 or March 22, 2003, to be precise. MrB and I had been invited to the Oscars, which were March 23. I was so excited and spent a good month putting an outfit together. Then, on March 20, the U.S. invaded Iraq. Everyone was terribly upset for reasons that were very accurately summed up by Family Guy. People questioned whether the Oscars should go on, and, if they did, whether there should be a red carpet or if anyone should dress festively at all. I ran out and bought the black tuxedo just in case I needed to look very serious. The red carpet went on — though it did get cut short — and, in the end, I wound up wearing the vintage Versace dress and secondhand Jimmy Choo shoes that I got at Allan & Suzi after all. 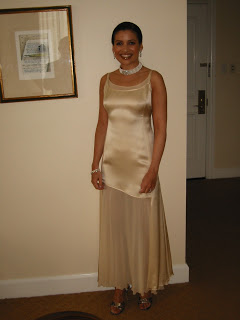 Sorry for the tiny photo.

It was a memorable Oscars ceremony: an exuberant Adrien Brody planted a big kiss on Halle Berry and Eminem’s “Lose Yourself” became the first rap song to win an award. I never regretted the tuxedo purchase, because I’ve gotten far more use out of that suit than I got out of the dress.

I bought the lace-up boots I wore last night a few months ago, after searching the Interwebs for 1980s-style shoes. These looked to be the genuine article and I was very excited until they arrived. I always forget that we wore such blocky-looking clothes in the ’80s.  Jackets, for instance, were shaped more like rectangles than hourglasses. That look doesn’t hold up too well today, though I do like remembering how awesomely sex-ay we felt back in the day. It was like, “Look how fierce I am! I’m shaped like a SQUARE!” So these boots are kinda clunky but they worked for the costume, even though I didn’t look presidential at all. The two jackholes who tried to steal our Uber car after the concert (which we watched from the safety of the balcony) identified me as a “gentleman ghost.” But after seeing the photos, I agree with some folks on my Instagram who said I looked more like a ghostly version of my old chum Liza Minnelli. 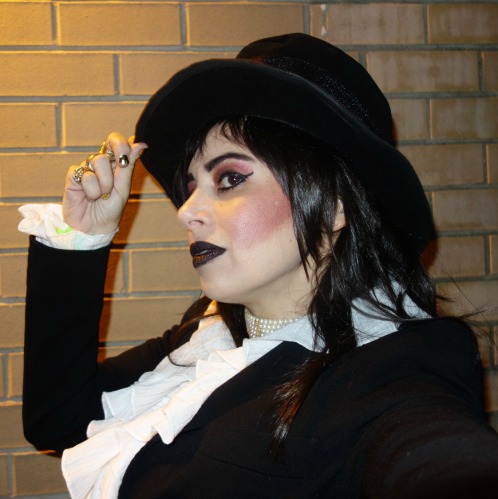 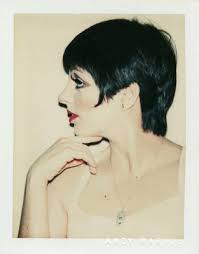 Hope your Halloween was fun!