How I decide when to add a new word necklace to my line? This is how I explained it last year.

” … the overuse of a word/acronym tells me when the time is right to add that word/acronym to my pop-culture-inspired WENDY by Wendy Brandes diffusion line. An expression has reached critical mass when I’m ready to cut the next bitch who uses it!”

I guess I should now say “overuse AND misuse” because the misuse of “literally” has been on my last nerve (figuratively — I believe I have the normal number of nerves and therefore can’t identify a “last” nerve) since before I wrote that explanation. I admit that, long ago, I was charmed when my sister Terri Berry would use “literally” to excess. She did it when she got heated (figuratively — I mean, she was angry, not that she was running a fever). It was funny because she would always realize what she had said and we would both laugh and digress into a silly conversation, like, “That guy looks good for his age considering he’s literally 2,000 years old! What’s his secret?” Because, as I’m sure all of my brilliant readers know, “literally” means “actually” or “without exaggeration.”

But, nowadays, I’m not sure if folks know that “literally” means anything other than “very.”  A couple of examples stand out to me. For instance, checking my Twitter feed once, I made this extreme WTF expression … 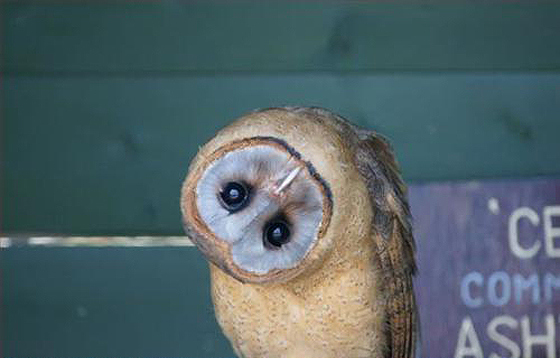 Okay, maybe not LITERALLY like this but I did tilt my head. Confused owl photo from Cute Overload. Click for source.

… over this simple message: “I am literally so cold.” Um. Er. WUT?! In the context of previous and following tweets, it was clear the writer was talking about the severe winter weather, not a chilly and remote personality, so there was no need to use “literally” in order to prevent us from thinking this was an admission of being dislikable.

At the opposite temperature extreme are the emails I get from Tumblr, which tell me, “Your dashboard is literally on fire.” I keep expecting to see this … 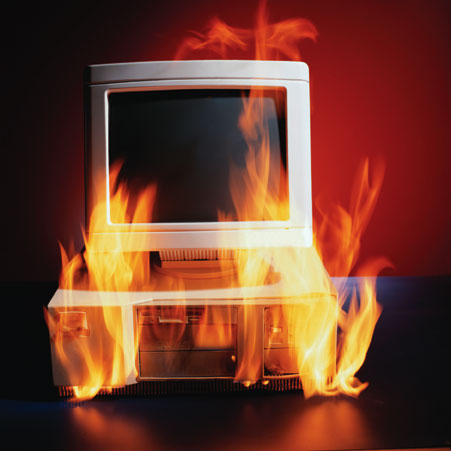 … but Tumblr is merely trying to tell me that there’s a lot of interesting content that I should look at.

“Since some people take sense 2 to be the opposite of sense 1, it has been frequently criticized as a misuse. Instead, the use is pure hyperbole intended to gain emphasis, but it often appears in contexts where no additional emphasis is necessary.”

An example of that latter point is my Twitter example, “It is literally so cold.”

For its version of the popular meaning of “literally,” the MacMillan Dictionary went with, “used when you are describing something in an extreme way that cannot be true,” offering as its example the Tumblr-esque, ” When I told him the news he literally exploded.”

Google’s definition recalls my sister’s (long-discontinued) usage: “Used for emphasis or to express strong feeling while not being literally true.” Meanwhile, the Cambridge Dictionary offers, “Literally is also used to emphasize a statement and suggest that it is surprising: I literally (= really) had no idea you and Sophie were coming.”

My LITERALLY necklace was finished this March, and I gave the design a sneak preview on Facebook the following month. It also has appeared on my blog, but without any special (figurative) fanfare. I’ve always regretted that I didn’t introduce my LITERALLY necklace with the literal fanfare it deserves, so I will now properly present it as August’s Jewel of the Month, with help from trumpet player Randy Dunn. 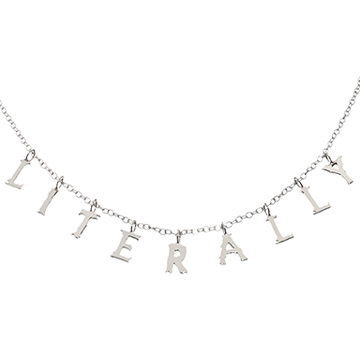 If you buy this one, I guarantee you will literally enjoy the shit out of it.  Hmmm. I don’t even know what enjoying the shit out of something entails on a literal basis. Let’s agree that it’s much more pleasant than it sounds!

You might also like
Snakes on My Fingers, Snakes on My Lobes
Are We Drunk or Do You See This Too?
'Shroom Sale
Previous Post: « For Doors Stans: Pamela Courson’s Mother Has Died
Next Post: What Wendy Wore: Vintage at Ouest »