I went to see Rihanna at Barclays Center on May 5 and took one of my best-ever concert photos! 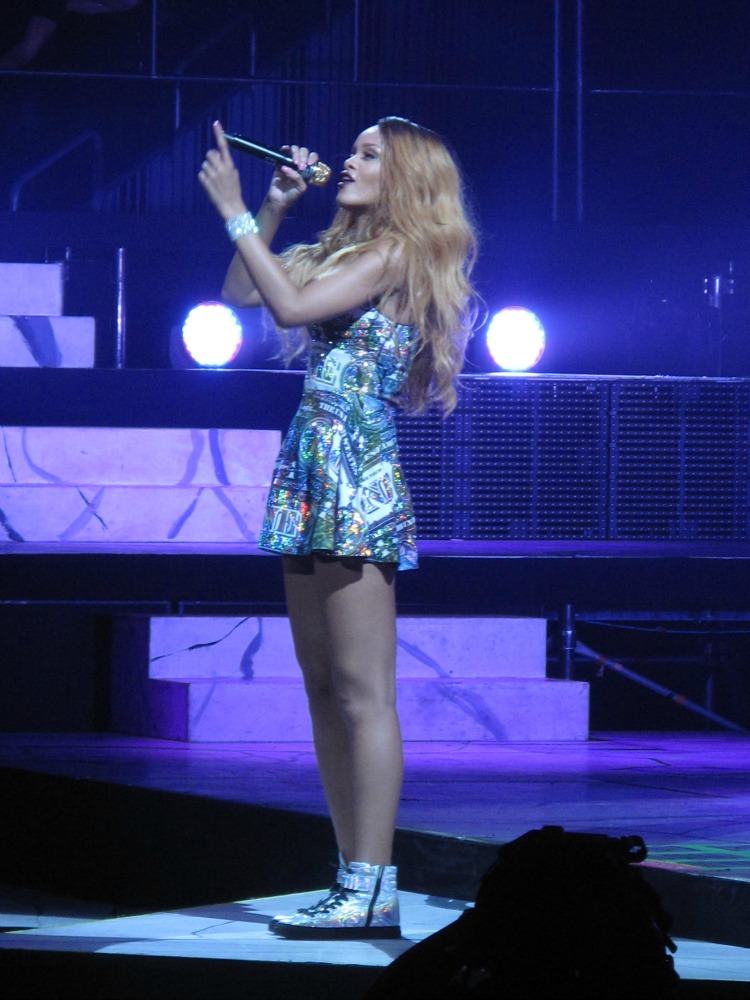 Photo by Wendy Brandes. Can you believe it?!

When Bad Gal RiRi first came out in this costume, it took me a moment to realize what the print was. Then I thought, “Bitch stole my style again!” First, she ran off with a leopard Dolce & Gabbana dress that should have been mine. Now she is wearing a dollar-bill-print costume, which reminds me of the dollar-print vintage dress that I most recently wore in February. 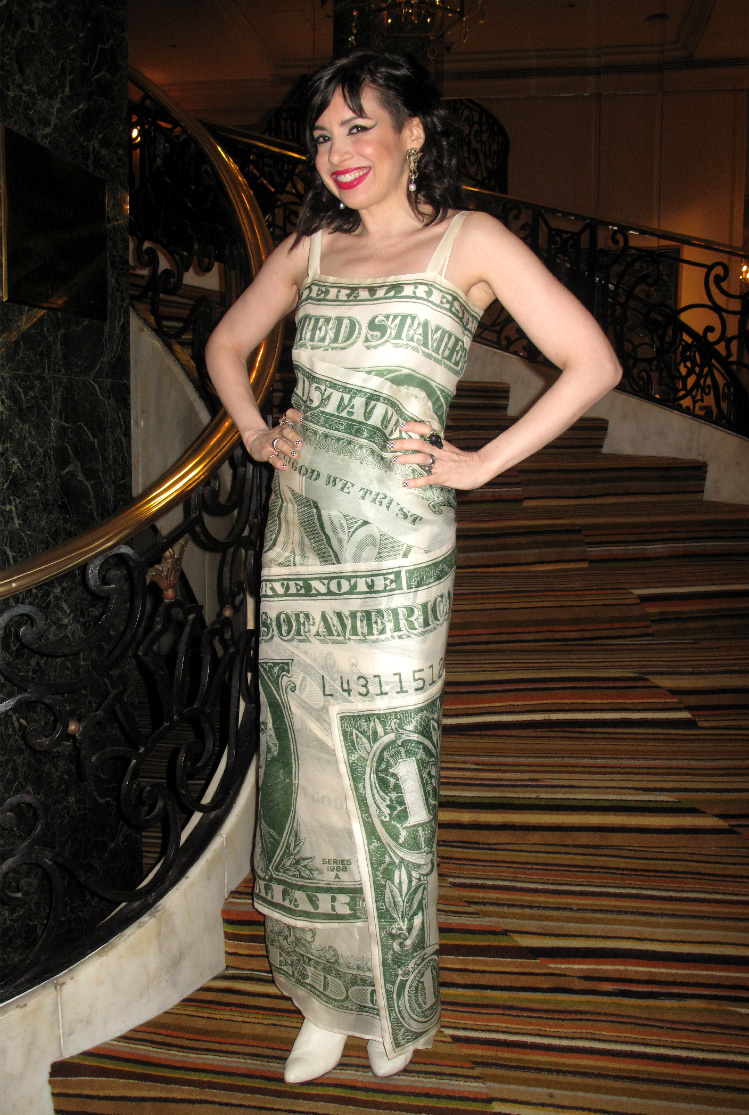 But I ain’t mad. I was quite pleased because I’ve been collecting photos of people wearing currency prints. Just last month, comedian Will Ferrell wore a money suit at the MTV Movie Awards. 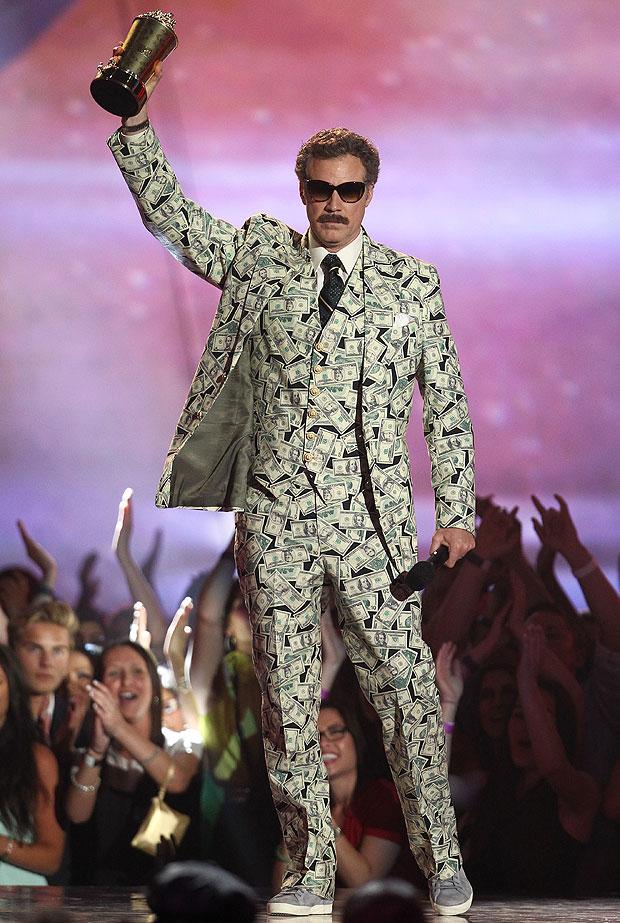 Doesn’t that look identical to the one worn by a fellow who wound up on Cheezburger’s FAIL Blog? 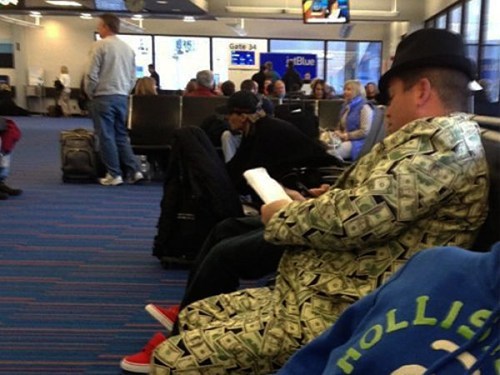 I previously wrote about money-influenced fashion — and my dress in particular — in 2009. Let me know if you see any other examples. And you can check out the rest of my Rihanna concert photos on Flickr.

Here’s what I wore to the concert. 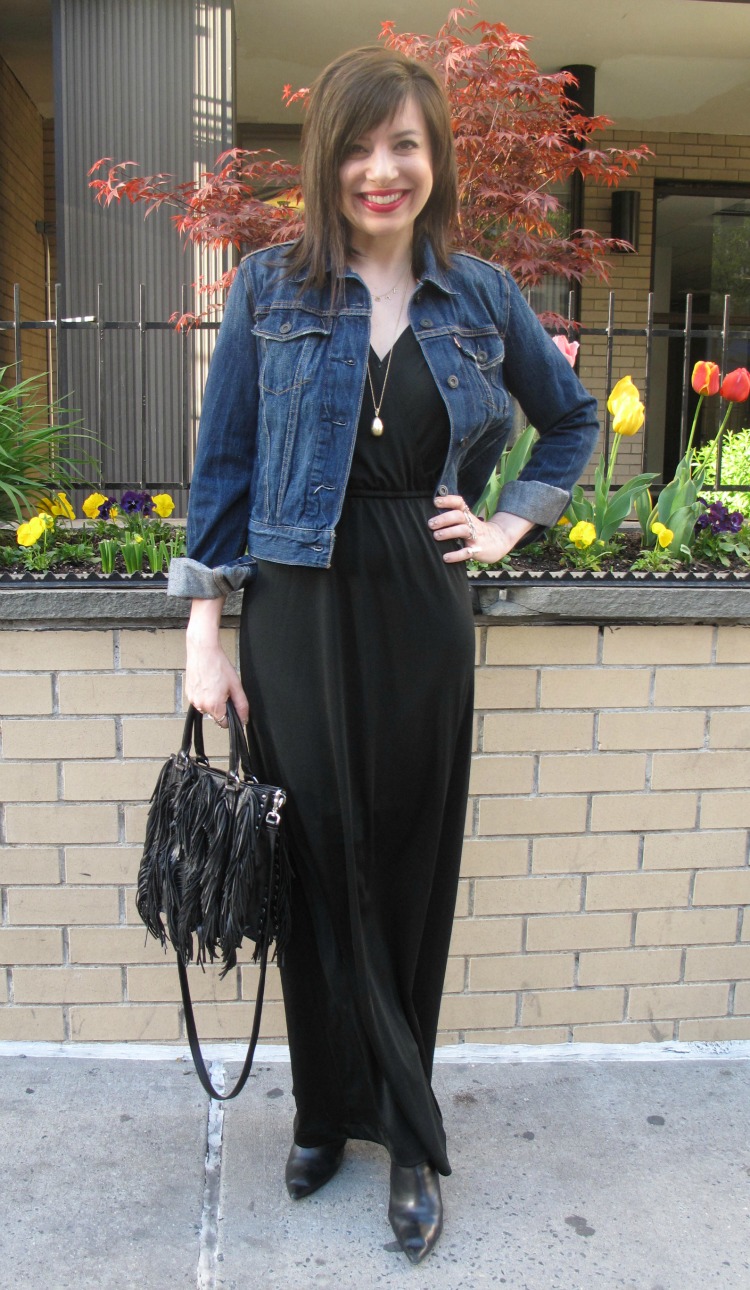 The jacket is from The Museum of Contemporary Art in Los Angeles. I was searching for information on graffiti artist Lady Pink and came across a series of artist-decorated Levi’s jean jackets at MOCA.  I’ve never lost my love for a lot of ’80s styles, including DayGlo colors, single earrings, rubber jewelry and turquoise leather. One memorable look from that era was the painted denim jacket, so I how could I resist one adorned with the work of the preeminent female graffiti artist? 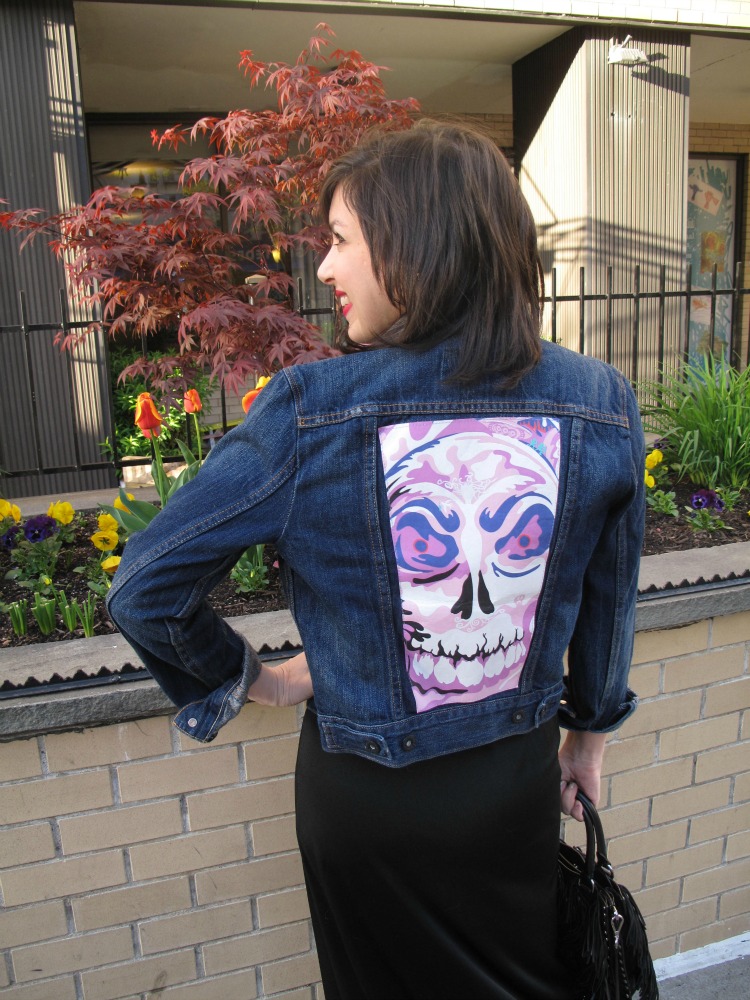 There’s a woman’s figure in the middle of the skull if you look closely.

I didn’t have my RiRi Woo lipstick in time for the show. That’s Rihanna’s collaboration with MAC Cosmetics. I already have two everyday red lipsticks — MAC’s Lasting Lust and Chanel’s Ruby Lite — but I do love a special edition. It wears a little pink on me. I wore it to a cocktail party, sporting a dress that should be my official red-lipstick debut dress. 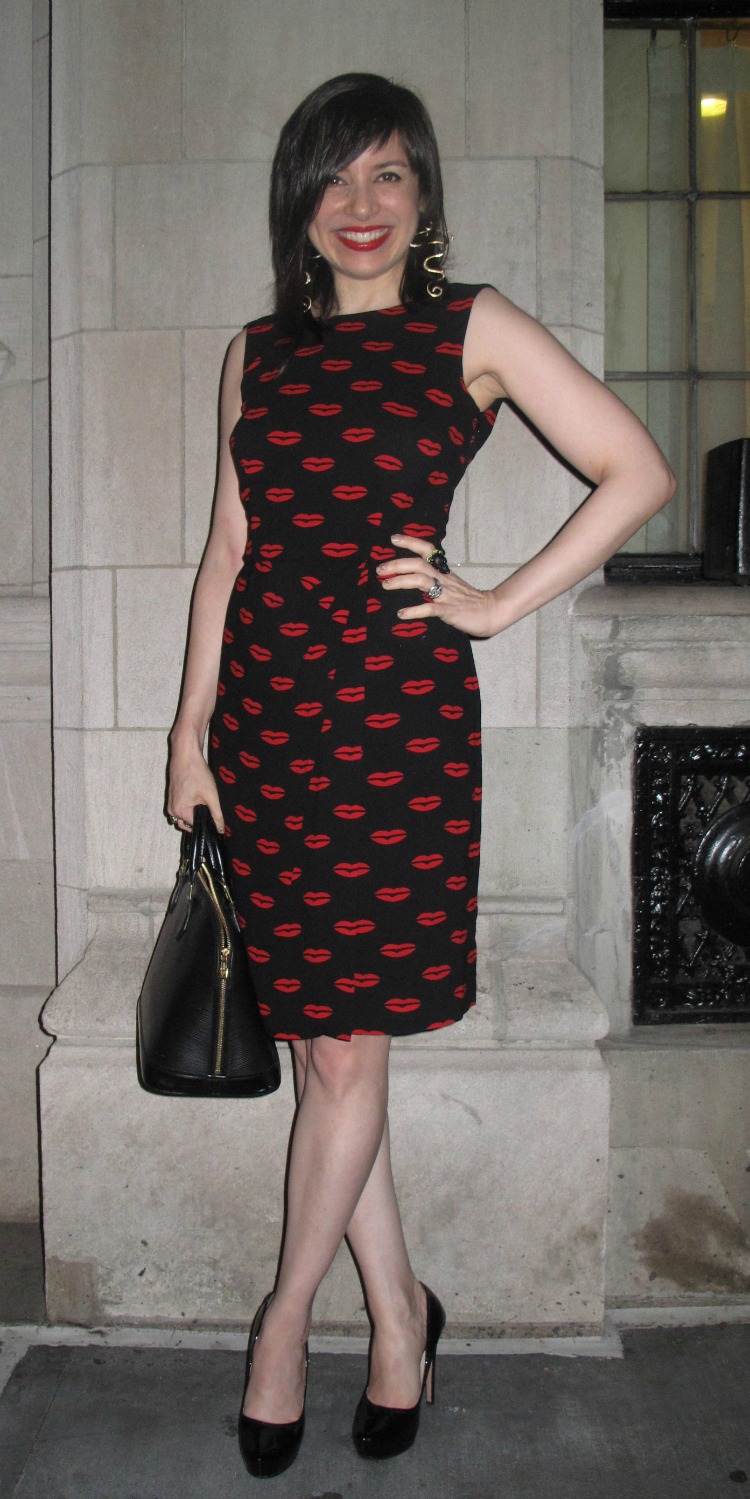 The initial shipment of RiRi Woo sold out; when it’s back in stock in June, it’s worth a try if you can handle a very matte lipstick.

I’ve shared these photos in Not Dead Yet Style’s Visible Monday post; check out all the other fabulous, Visible ladies here.

You might also like
"Any Way You Want It" Jewelry
Grow Your Own Vintage by Breaking the Rules
Jewel of the Month: Stars on Your Ears
Previous Post: « Happy Mother’s Day, BarbaraB! And Week in Review
Next Post: Great Gatsby-Inspired Jewelry »