Last night, MrB and I went to an event hosted by The Weinstein Company, so I was inspired to wear the same Junya Watanabe jacket I wore to a Weinstein event in February. I am the anti-wardrobe-remixer. 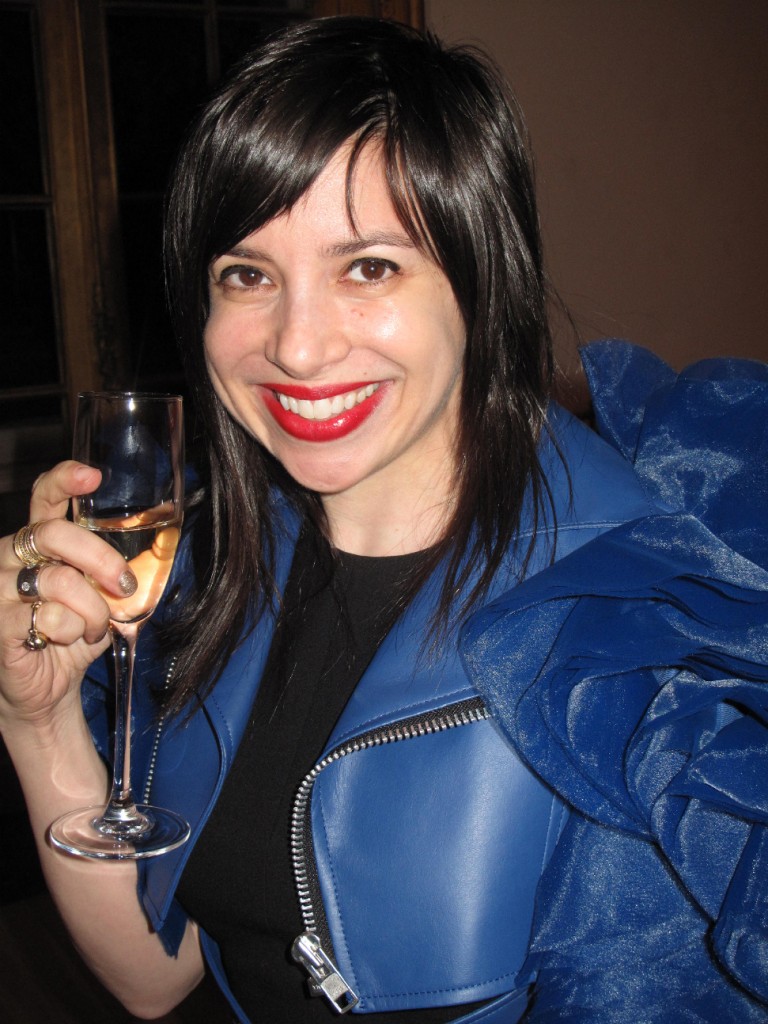 I didn't have time to do my makeup!

I got this jacket at Bergdorf Goodman. I was very excited to see it on Bergdorf’s homepage recently. I feel kind of famous! 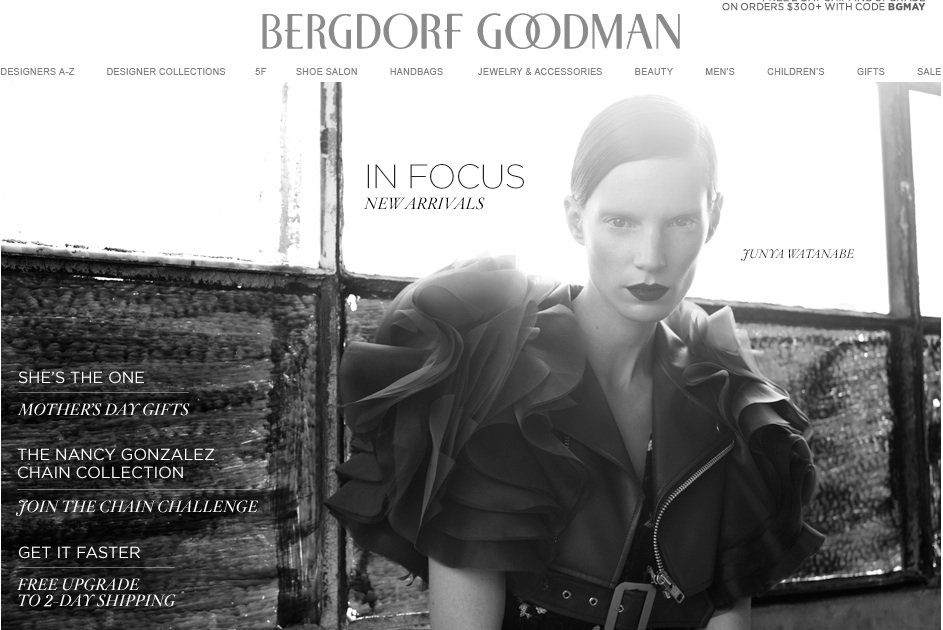 This model is very serious about the jacket.

The event was a screening of the French film The Intouchables. The movie — a huge hit in France — is about a wealthy, paralyzed white man and his black caregiver; it was inspired by the true story of Philippe Pozzo di Borgo and Abdel Sellou.  After the film, there was a reception at the French embassy to toast Harvey Weinstein, who received France’s Legion d’honneur for his commitment to French cinema. (The Weinstein Company was behind Oscar-winning French-language film The Artist.) MrB took a washed-out photo of me outside the embassy. 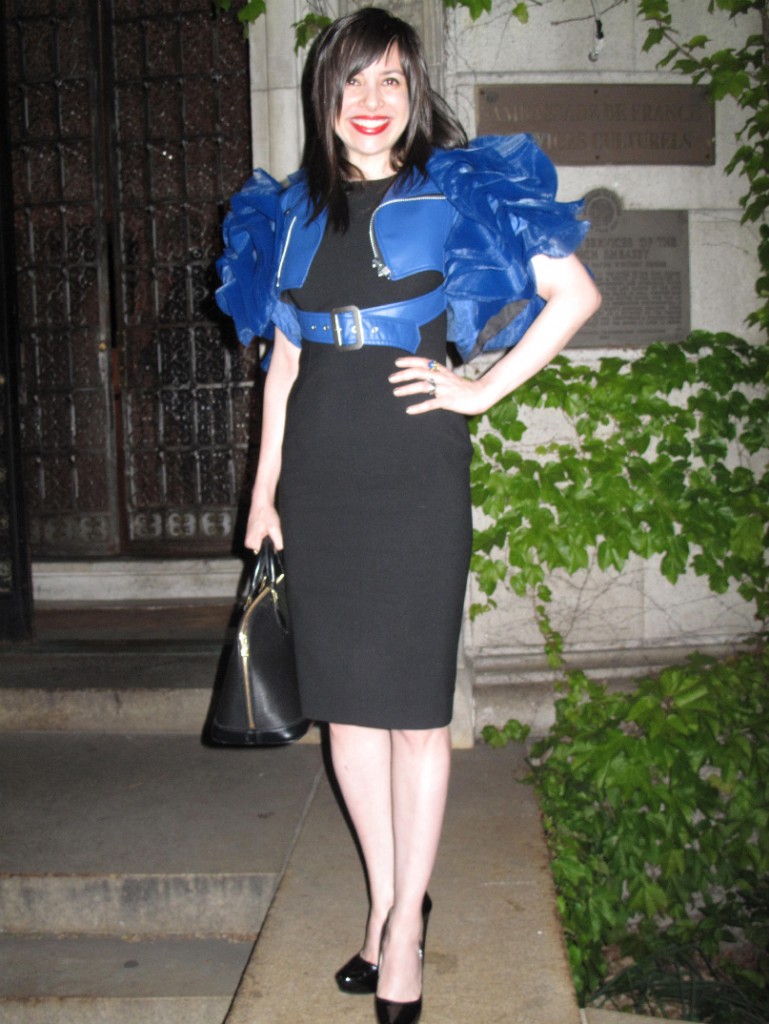 MrB and I had another movie date over the weekend: Titanic 3D. Titanic was the first movie we ever went to together. But we didn’t go see it for sentimental reasons. I just love watching that ship break up. I don’t know why. I’ve seen it dozens of times on television and I never get bored.  I wore my Stacy Lomman shearling vest and arm warmers and posed for a picture with FitzRoy the cat. 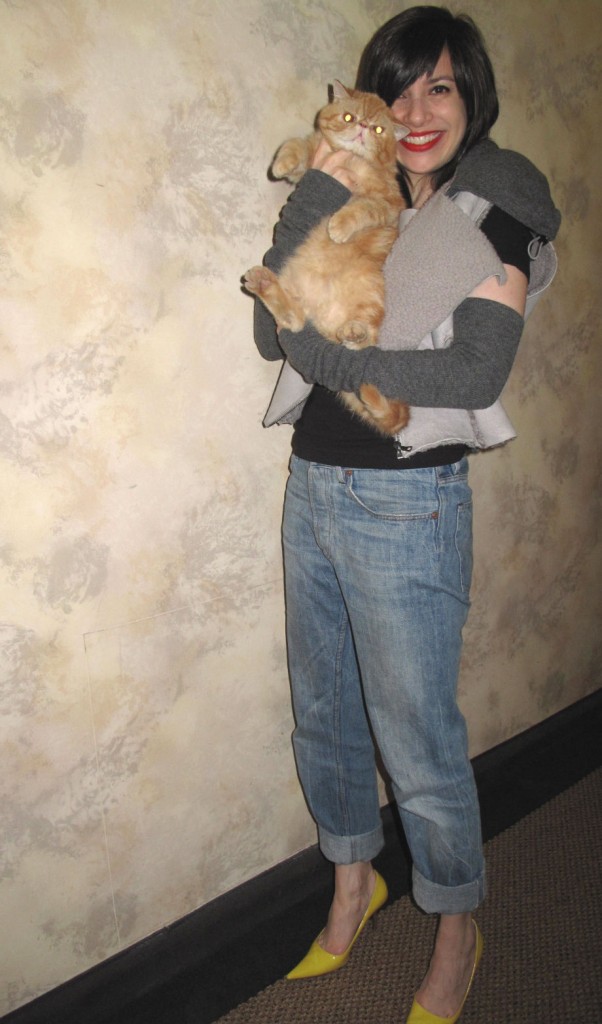 I like to complain about MrB’s photography skills, but I must confess that my Photoshop skills are as bad, if not worse. Online photo-editing site Picnik had a tool for fixing pet eyes, but Picnik is no more. I tried other options for de-demonizing FitzRoy’s Rosemary’s Baby eyes, but this supposedly simple task was beyond me. Whatever! I have other good qualities. And maybe my cat DOES have lasers for eyes. Right? RIGHT?

Speaking of good qualities, I’d like to thank the many kind people who sent supportive messages or blogged yesterday in response to my musings about the similarity between my swear rings and a set of “punctuation” rings being sold at Topshop. Like I said, there’s a lot of copying in fashion. In fact, in yesterday’s post, there’s an example of a Topshop knockoff of another designer’s work that I think is more egregious than my situation. There is usually not much to be done about this sort of thing, but it can’t hurt to try. I’m attempting to get in touch with the right person at Topshop in order to suggest a real collaboration. I’ve got plenty of ideas that I’d happily share for fair compensation. Like my gorgeous rapper friend Gangsta Boo says, “Where Dem Dollas At?”

When you think about it, Topshop and I have a lot in common: it’s trying to make money and I’m trying to make money too. And I’ve always been interested in a partnership that would allow me to produce affordable jewelry. If Topshop doesn’t want to do business, that’s fine. I’ll ask the company to stop selling the rings, the way it stopped selling a dress after gorgeous blogger Susie Bubble pointed out a resemblance to a design by Yasmin Kianfar.

No matter what happens, I feel rich in friends! Thanks again to you all.

P.S. Check out my Watanabe jacket — and everyone else’s cool outfits — in the Visible Monday post on Not Dead Yet Style.