Gorgeous blogger Lexie of Little Boat made a big impression on me last year when she asked for pictures of my casual outfits. Even though my everyday look is pretty “meh,” I still feel compelled to take the occasional photo for Lexie’s sake. 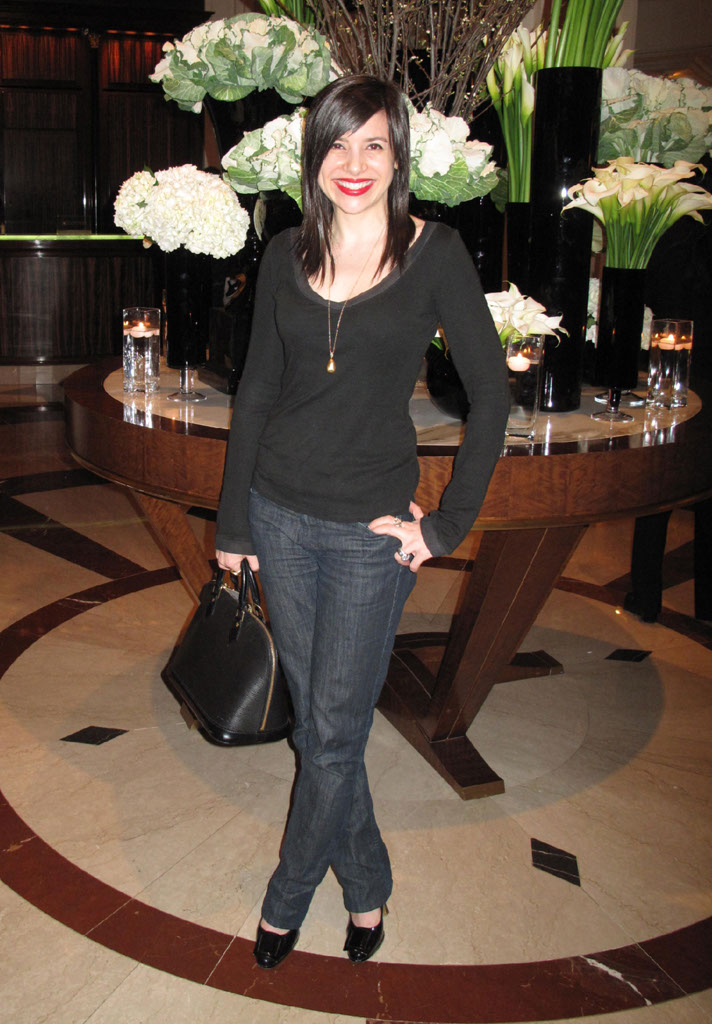 I do like to think that the shoes jazzed things up a little. Here is a view of the amazing heel. 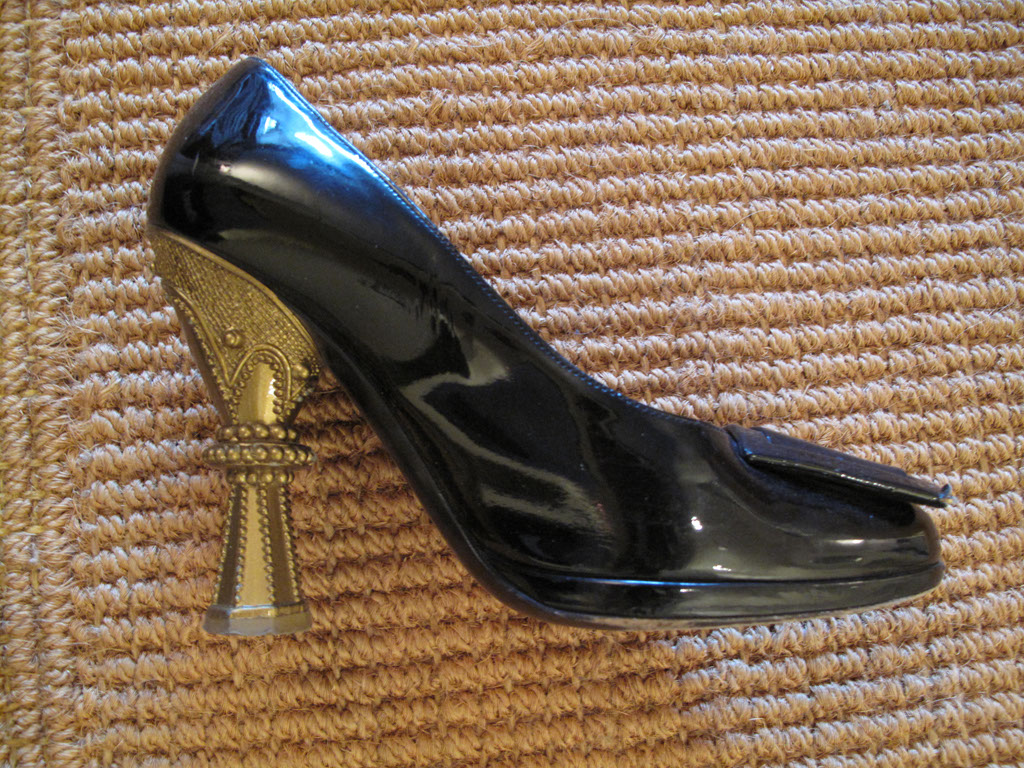 I love those heels. I feel like making a piece of jewelry in their honor. I wore these shoes to, from and in L.A. on my recent trip there.  They got quite a few compliments including one that I didn’t care for.  I was going through airport security on the way home. My shoes and coat were in a bin, about to go into the X-ray machine, when I noticed two female TSA agents taking the coat and shoes out of the bin, holding them up and admiring them. Unwanted touching! If they had just looked and said something to me, I would have been flattered, but rummaging through my possessions for non-security-related reasons isn’t appreciated. The forced fondling gave me a flashback to the early ’90s when I was in an elevator with a fashion person who is often photographed by Bill Cunningham of the New York Times. She told me she liked my white leather jacket. While I was saying “thank you,” she reached out and felt it without asking. Jacket molestation! To compound the weirdness, I soon saw her wearing a white leather jacket and the same Patrick Cox Wannabe loafers that I had on during our elevator encounter. Every time I see her picture in the Times, I think of that incident. Like Lexie, the personal-space invader made a big impression on me. But I think of Lexie fondly despite this daring comment. The jacket lady? Not so much.