I like slow fashion and homegrown vintage. Here are some of my favorite old looks, re-worn in 2015.

Whenever I wear my sex-ay Pilgrim dress by Donald Brooks Couture, I enjoy it so much that I wear it again almost immediately. I originally wore the dress in 2004 to the Committee to Protect Journalists awards dinner, followed by a Golden Globes party in early 2005. 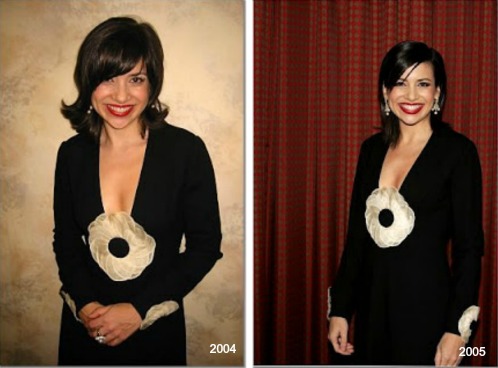 Last year, I added a top hat and wore the dress — again — to the CPJ dinner. Then I wore the same ensemble to the Vanity Fair Oscar party in February 2015. 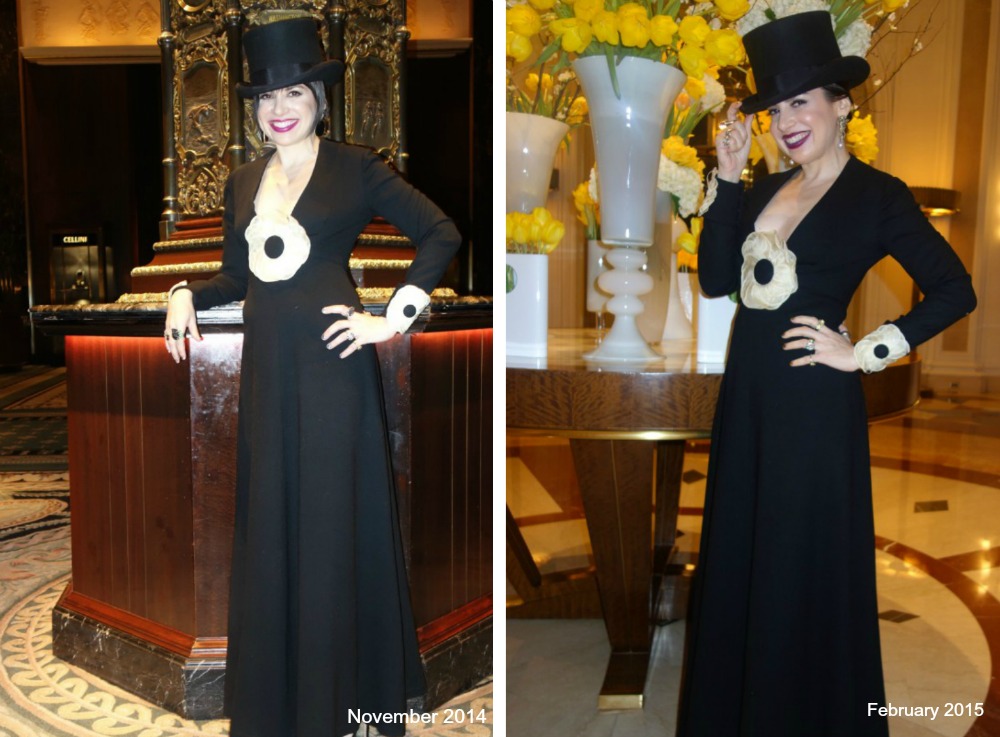 I got the vintage dress from eBay for $60: one of my best bargains ever.

I usually show special-occasion outfits for this kind of post because casual clothes are too easy. I mean, I can wear the same casual look three times in one week. But here’s one casual look with the same top and shorts by JC de Castelbajac, seen in October 2014 and March 2015. Both times, I wore Prada shoes from 2011. 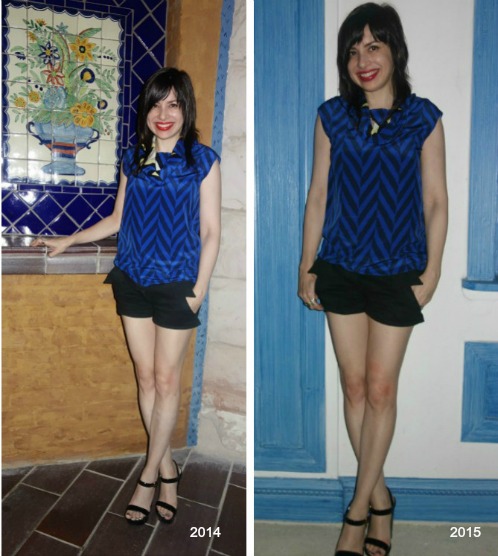 I like to wear my Castelbajac sailor outfit for the 4th of July, though I’ve worn it other times too. Here’s how it looked this July … and on four previous occasions. 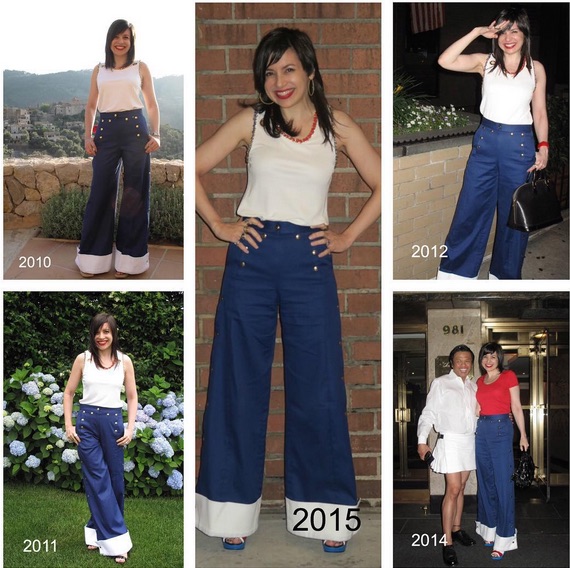 This gold dress by my designing friend Stacy Lomman never gets old. I wore it to a party in St. Tropez this August.

In 2008, I wore a favorite Versace dress to a wedding in St. Tropez. It was for the same people who had a St. Tropez party this year. I also wore the chiffon neon dress in 2014 in Greece and this year to a June journalism event. 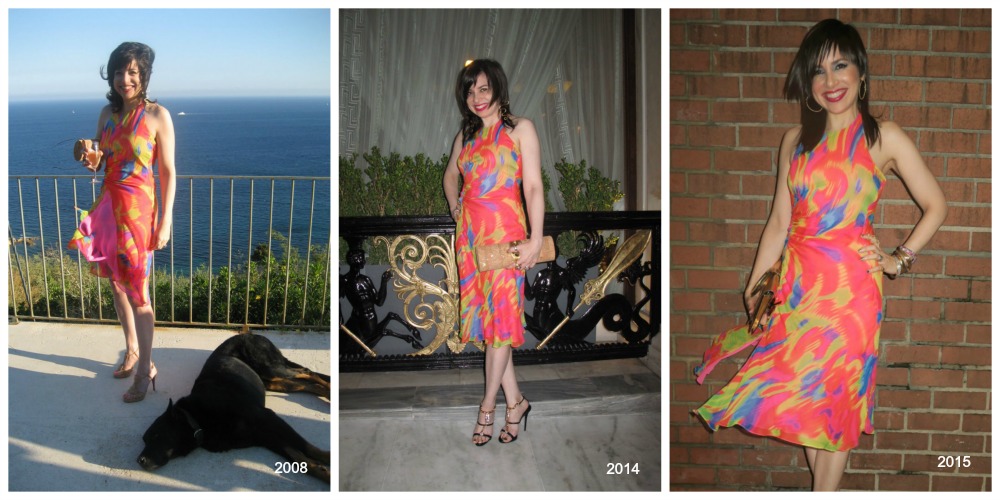 This summer I wore a vintage Lillie Rubin gown that I previously wore in 2007. And before me, actress Gina Gershon wore it!

Even Halloween costumes get repeated around here!

This vintage Jacques Tiffeau dress has been worn at least once a year since 2009.

When I decided to wear my cityscape Zang Toi gown to a party this month, I thought, “I wore this two years ago, didn’t I?” Nope. I first wore it in 2009.

My, how time flies!