Forget about the traditional Easter bonnet. Today is the day to try out the Peeptastic pastel eyebrows seen on the Balenciaga runway last month.

When I saw the Balenciaga pictures, I immediately thought of my gorgeous friend Kara Baby and her gorgeous sister Stephanie Baby.  No, their last name isn’t really “Baby.” I just call them that. My sister Terri‘s last name isn’t Berry either. That’s just a nickname. Anyway, in 1999 or so, I was hanging out downtown with Kara Baby when she suddenly said, “Look, here comes my sister with her purple eyebrows.” And sure enough, there was a hot chick with purple eyebrows courtesy of Make Up For Ever eyeshadow. Stephanie didn’t limit herself to purple. Here’s a picture of her wearing red eyebrows from Allure’s August 1999 story about the introduction of Tommy Hilfiger’s makeup line. 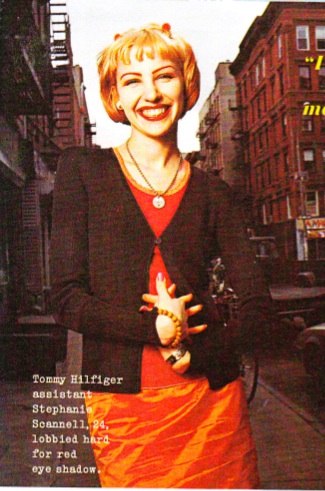 The Balenciaga show isn’t the first time someone has jacked Stephanie Baby’s eyebrow style.  StephanieB points the finger at Britney Spears and her wig-matching red brows in the 2004 Toxic video. 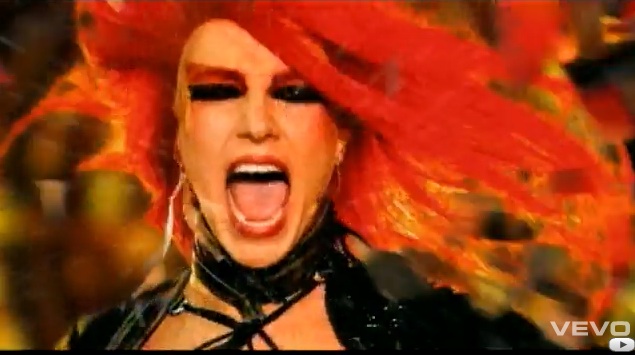 Britney in Toxic. Click to see the whole video.

Stephanie Baby isn’t being paranoid and I’m not being biased due to past experience. Stephanie was bartending at Lit in the East Village in October 2003 when a guy came in looking for “authentic NYC party people.” Stephanie’s friends’ reaction was, “Who is this creep?” but Stephanie herself thought, “Awesome! I’m a party person!” The video was shooting right down the street from where she lived in Long Island City — at Silvercup Studios — so she rolled up in her usual sex-ay clothes and colored brows and wound up in the Me Against the Music video that Britney made with Madonna. Stephanie never saw Madonna but said Britney hung out with everyone and even complimented Stephanie’s makeup. So it’s totally possible that two months later, when Britney was filming the Toxic video, she said, “Hey, red eyebrows would look cool.”

Stephanie tells me you can see more of her in the “Making of…” video than in the video itself, so take a look for her here. I can’t see a thing because anytime I desperately need to watch something online, I get an attack of buffering. Once, while I was attempting to watch CSI online, the video stopped and restarted so often that it took me two hours to get through 45 minutes of TV. That’s why you don’t find me watching TV online too often.

Stephanie Baby needs to pipe up and tell me if she’s wearing a faux-ny tail in this video. That would make it easier to spot her. She wore a faux-ny tail often and she was so good at doing them that I had her do mine when I went to MTV’s Video Music Awards in 2003 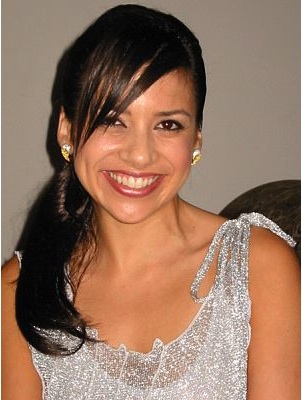 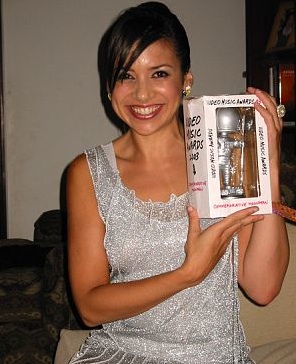 I still have the Moonman from the VMA gift bag. I have the dress too. I never throw anything out.

As I remember it, the day Stephanie Baby did my faux-ny tail, she wasn’t wearing colored eyebrows but really intense, black, Sharpie-like ones. That look makes me think of highlarious gossip blogger Michael K of Dlisted and his “assault with a deadly eyebrow” line. And that line, in turn, makes me think of the dude in Animotion’s ’80s video for Obsession (the song, not the Calvin Klein perfume). 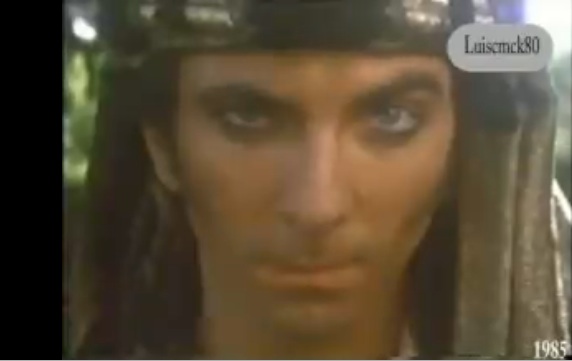 I think that eyebrow might be trying to get away from the terrifying side ponytail worn by the female member of Animotion, which you can see blurrily here. I keep meaning to do a second-by-second screen-cap breakdown of the Obsession video because there’s so much shit going on there that it really needs to be studied closely. If I get video working smoothly on a day when I’m feeling ambitious — a convergence of events that is rarer than a solar eclipse — I’ll do that.

Until then, if you have better luck than I do with video and want eyebrows that scream “bitch!”, follow this chola makeup tutorial by Baby Smiley.

Stephanie Baby is a real estate agent now and has given up her colored eyebrows, but I think she should start doing them again. She could develop a niche catering to people with crazy style. Like … if you have colored eyebrows or full-body tattoos or more piercings than you can count or scalp implants that make you look like you have devil horns, Stephanie is the Realtor for you. Squares go elsewhere!