Designer Todd Oldham has a new fashion project: creative director for Old Navy. Oldham’s been doing all kinds of things for years, ranging from costume design to floral design to home furnishings design. But whenever I see his name, I get nostalgic for his supermodel-filled runway shows in the ’90s. I feel the same nostalgia for Isaac Mizrahi (now known primarily for TV and Target). And I really miss Christian Francis Roth (now doing juniors clothing, from what I can tell). 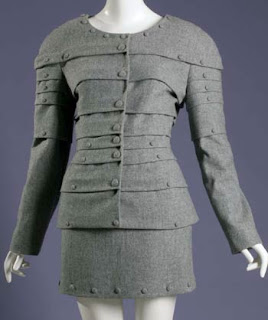 Christian Francis Roth was the Zac Posen of his day, presenting his first collection in 1990 when he was barely drinking age. He became famous for his cheerful appliqued pieces, including a dress that looked like a box of Crayola crayons (yes, the crayon people sued) and the “breakfast suit,” which had a big fabric sunny-side-up egg on it.

Roth closed his couture business in 1995. Mizrahi’s financial backer, Chanel, shut him down in 1998. Oldham closed his women’s business the same year. 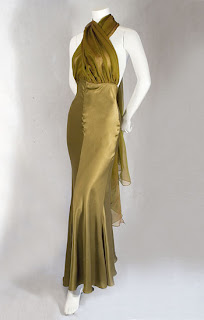 This brings up an issue that people frequently ask me about: fashion versus commerce. Some people (both in the fashion industry and outside of it) can’t bear the idea of “selling out.” I agree with them to a certain extent. If you care about your work, you have to create pieces that appeal to your own sense of style. It would be hard for me to sell jewelry I would never wear myself. But the key word here is “sell.” You DO have to sell, or you’ll just be a pleasant memory — until the next generation comes up and doesn’t know about you at all. (How many of you know the name Miguel Adrover?)

You can be as snooty as you please if you have a conglomerate like LVMH paying the bills. Marc Jacobs is financed by LVMH, and honey, those first two letters stand for Louis Vuitton. Marc makes so much money at Vuitton that he was able to wangle big bucks to support his self-named collection. A few years ago, he was also able to throw some work to Stephen Sprouse, the ’80s designer who managed to go out of business more than once. 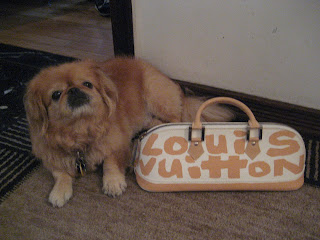 Henry has no idea what he’s doing with my Stephen Sprouse purse
When you’re making a ton of money, you can get up on your high horse and make people wait for hours or whatever you want to do. But if you don’t have that kind of financial security, you better make an effort to encourage people to BUY things. Would I like to see someone like Cate Blanchett wear my work when she accepts an Academy Award? Yes! But when pre-rehab Lindsay Lohan wanted to buy my rings, did I say no? No way. Hell, anyone’s money is good with me. And lending is certainly not out of the question, as long as I get the pieces back (stealing is not acceptable!). Look, if Olivier Theyskens, formerly of Rochas, doesn’t want to play nice with influential stylist Rachel Zoe, that’s his decision. Just keep in mind that the line was shut down due to lack of business. 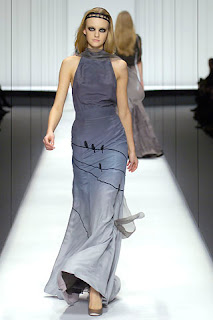 Dress by Olivier Theyskens for Rochas, Fall 2006
Photo from Style.com

Theyskens was adored by the fashion editors and seen on all the “right” people (a list that apparently didn’t include the rather fashionable Keira Knightley), but that didn’t keep him employed. A couple of years ago, Isaac Mizrahi reminisced about similar feelings during the height of his popularity. As he told my friend Teri Agins of The Wall Street Journal, “‘I used to think my job was about coming up with a new, bold, crazy look every six months, making something fabulous and pretty for my friends and the models.'” Many years later, having made a comeback at Target, his attitude had changed: “‘You’re not selling out, you’re reaching out,'” he told Teri.

Of course, super-artistic people don’t start designing clothes because they’re dying to be at Target. And money isn’t everything, but do you really want to give up your dream job because you’re too precious to see the pop star du jour wearing your clothes? As Christian Francis Roth told the Las Vegas Review-Journal, “‘Not that money has ever been my motivation to do what I do, but there comes a time [when] you make a career on what has been a successful craft for you.” British designer Christopher Kane recently lucked out and had the best of both worlds: He refused to lend a dress to Victoria Beckham and she bought it, so he got prestige, press and payment all at once.

Kane didn’t seem that thrilled with this outcome, but I would dance with joy if Victoria bought one of my pieces. I wouldn’t even ask her to return my 1995 hairdo. She’s working it. Posh, call me!

If you want to get a taste of the good old days when designers thought money didn’t matter and models were glamazons who didn’t appear to need life support, you must see Isaac Mizrahi and the superest supermodels of all time in Unzipped. Enjoy!

UPDATED TO ADD: It can be difficult to find any photos of vintage Oldham, Mizrahi and Roth online, but sometimes eBay pays off. There’s a bottle-cap jacket by Roth up for auction this week! 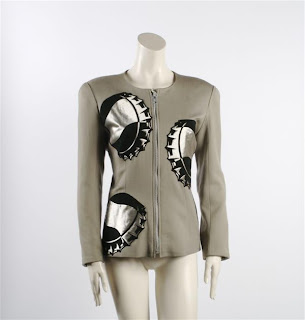 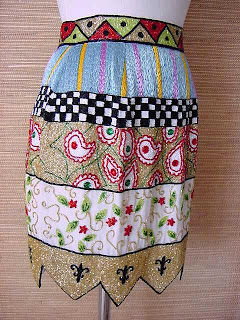 Photo from eBay seller MightyKismet
This eBay seller has an amazing selection of designer clothes.
You might also like
Three Textures, New Ring
Fashion Repeats Itself: High-Heel Flip Flops
The Subway Map Dress Does What Fashion Should Do*
Previous Post: « Just in Time for Fall: Primavera Rings
Next Post: Almost the Craziest Celeb Story Ever »