I’ve always had a passion for whimsical fashion. 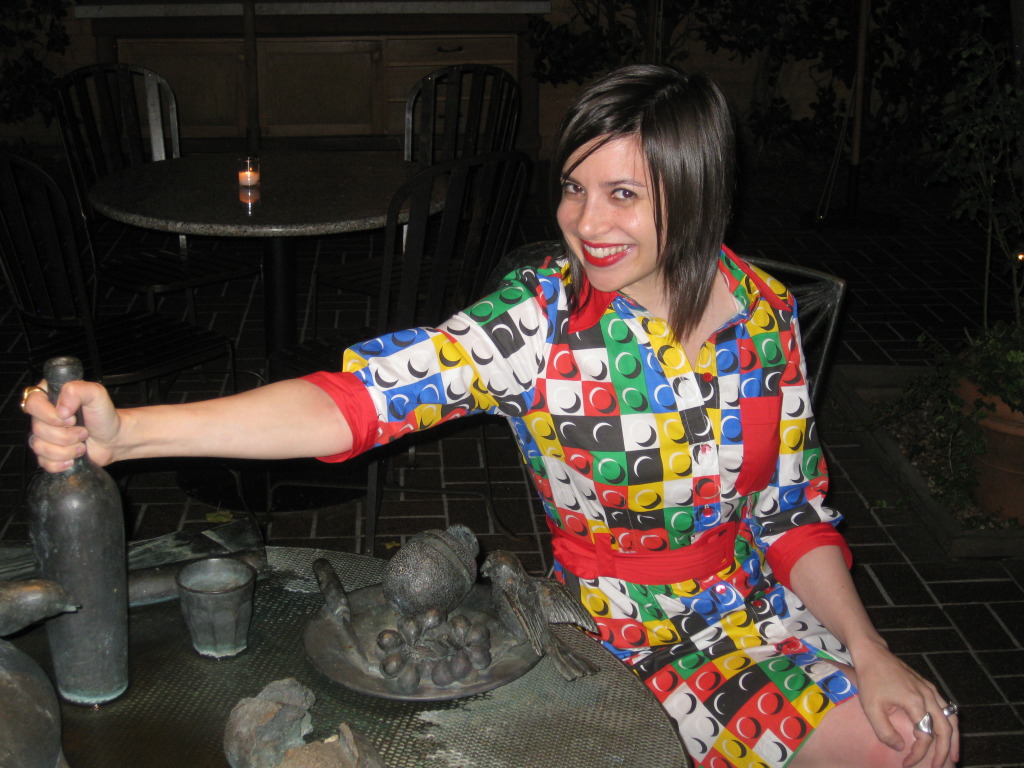 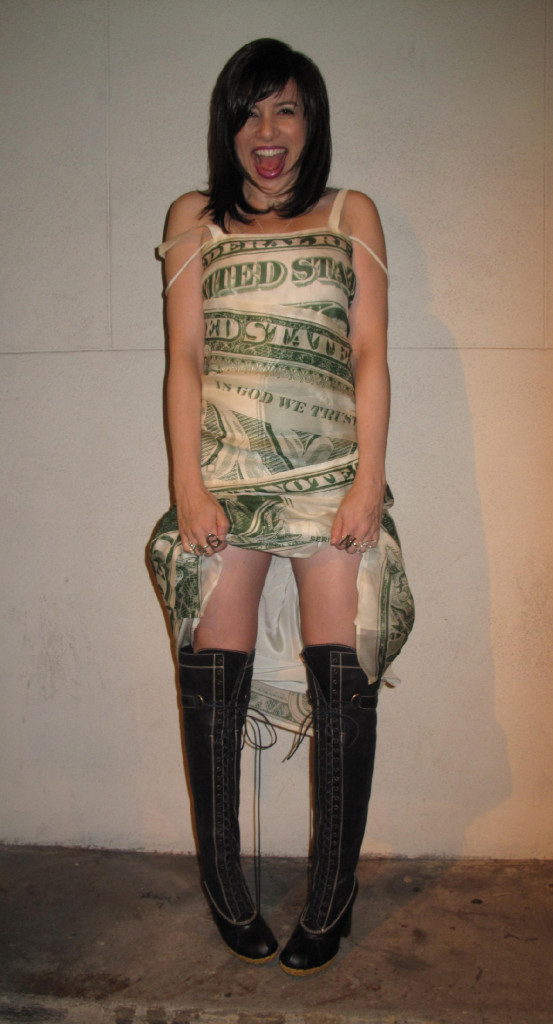 There's a reason that I'm wearing my dollar-print vintage dress with over-the-knee duck boots. Click to read it. 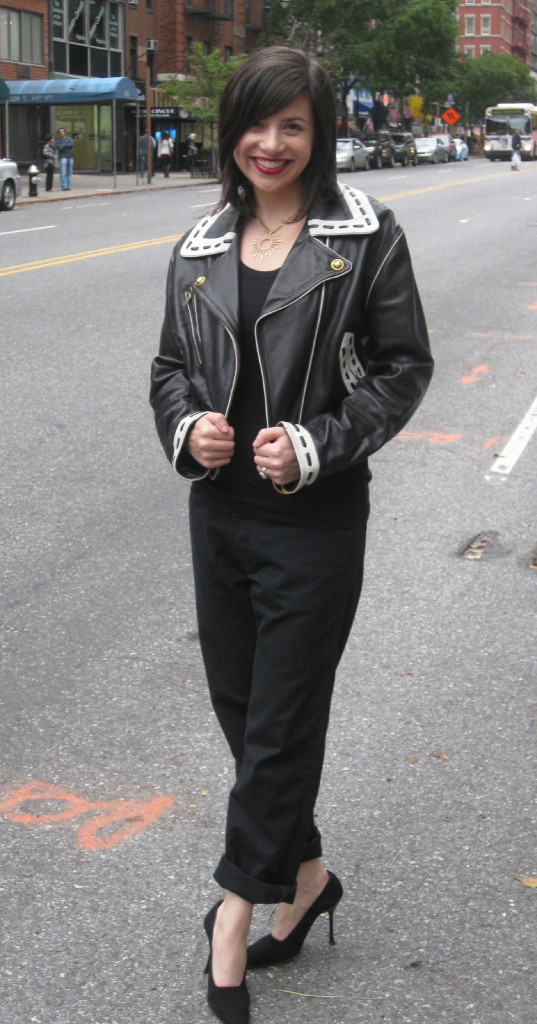 Designer Jeremy Scott‘s work definitely has a sense of humor, so I’ve often admired it, though I haven’t purchased anything yet. Maybe I’ll rectify that because, once again, I’m salivating over one of his pieces — a Rainbow Brite-worthy jacket worn by Nicki Minaj. 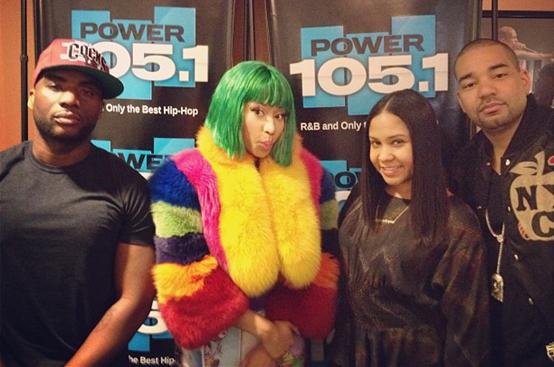 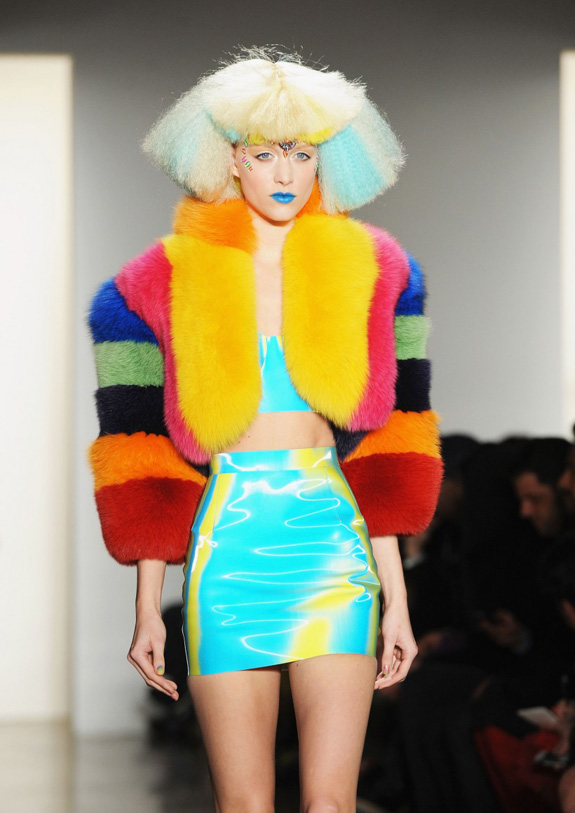 You know what I would wear it with? A black t-shirt and jeans. And I would feel amazing.

Speaking of Nicki Minaj, I’m SMH over this shizz about Nicki not being “real hip-hop.” In case you missed it (or have a life and therefore don’t care), Hot 97 DJ Peter Rosenberg badmouthed Nicki’s song “Starships” before she was due to perform at Hot 97’s Summer Jam event in New York over the weekend. As a result, Nicki pulled out of the show.  Maybe Rosenberg is indeed the deity authorized to define what real hip-hop is, but it’s a strange thing to slam an artist from the stage where she’s scheduled to appear. He probably wouldn’t like it if someone invited him to dinner, then stood on the table after the salad and before the main course to shout about what a lousy guy Peter Rosenberg is. Yes, that might be “just an opinion, man,” but it wouldn’t make the behavior more palatable. Besides, who cares what someone’s definition of “real” anything is? That discussion is for pretentious 13-year-olds, not grown folks. I know, because when I was a pretentious 13-year-old in the early ’80s, I argued that the music I listened to was better than all other music. But I eventually realized it was a stupid conversation. It wasn’t about rap in my crowd; it was about punk and New Wave. New Order was a sellout for not being Joy Division. The Sex Pistols were too famous to be punk. How dare The Stranglers know how to play instruments! WTF? Can’t I just like whatever I like without having to get your damn permission, and vice versa? Jebus! I loved Nicki when she first emerged and I still play her verse on Kanye West’s “Monster” every day at the gym. Yeah, I was very disappointed by her Grammy performance this year and not just because I briefly thought she was Lady Gaga in blackface.  I only like a couple of songs from her recent album, Pink Friday: Roman Reloaded. But I don’t see why she has to stick to a genre, or apologize or explain.  If she can live with her sales, I certainly can, so if she wants to be a pop star, she should be a pop star. If she wants to do pop and hip-hop, she should do that. If she wants to reinvent herself as a folk singer, she should do that. Hot 97 doesn’t have to host her then — if they want a hard-core female rapper they can invite my friend, Gangsta Boo, instead. And if that Jeremy Scott jacket doesn’t suit Nicki’s new career as a folkie, she can send it to me. I’ll take good care of it for her!

You might also like
What Wendy Wore: Freedom of the Press Awards
What Wendy Wore: Nan Kempner Style
We'll Start Our Own Gang
Previous Post: « “Wear What You Want” Icon: Grace Jones
Next Post: The More Rings, the Merrier »