While I would have liked to spread some … 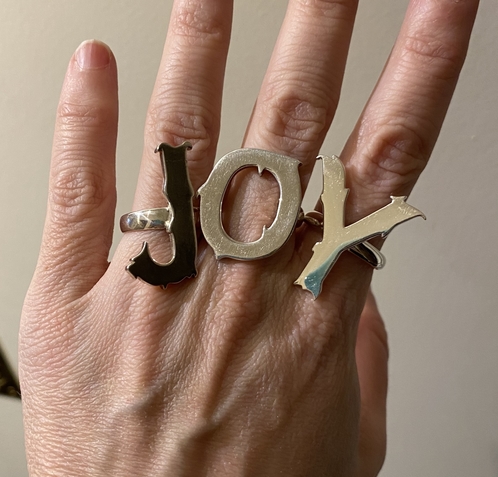 … tonight, I just can’t. I’m as angry as an Italian mayor who sees people jogging and throwing house parties instead of staying in quarantine to slow the spread of COVID-19, the novel coronavirus.

Italian mayor addresses his citizens about their irresponsible behavior (in a very Italian way). “Doing your hair?! Why do you need this at the moment? A barbecue?! Are you kidding me? You are making a joke out of your lives!” pic.twitter.com/VVfiBeru3f

The failure to commit to social distancing to mitigate a highly contagious disease has me brooding over the AIDS epidemic of the 1980s. People had no problem with social distancing as a response to AIDS — even after September 1983, when the Centers for Disease Control and Prevention had identified all major routes of transmission and ruled out transmission by casual contact, food, water, air or surfaces. In fact, folks had no problem abandoning their own family members. Others thought it was fine to terrorize an infected teenager and his family. Hospital nurses and orderlies left food trays outside patients’ doors rather than step into their rooms, while doctors and dentists flat-out refused to treat people with AIDS. As a heart surgeon at a Milwaukee hospital, quoted anonymously in the New York Times in 1987, said:

The Reagan White House alternated between complete denial and jokes, starting in 1982, when the first question about the disease was asked at a White House press briefing, and press secretary Larry Speakes played it for laughs. Three years later, President Ronald Reagan and First Lady Nancy Reagan declined to place a call to a French military hospital on behalf of actor Rock Hudson — their old friend, fellow conservative, and longtime supporter — who was dying of AIDS and trying to see the hospital’s specialist. Their excuse was that they didn’t want to do a special favor for a celebrity. I’m not sure what their excuse was when, less than a year later, they laughed at entertainer Bob Hope’s quip that the Statue of Liberty had gotten AIDS, either “from the mouth of the Hudson or the Staten Island ferry.” Yep, they laughed about their dead friend.

Princess Diana to the rescue! In 1987, Diana generated breathless news coverage all around the world when she pointedly refused to wear surgical gloves while shaking hands with AIDS patients and their caregivers at the opening of England’s first dedicated HIV/AIDS hospital ward. Don’t get me wrong: There was extensive and impactful grassroots AIDS activism long before Diana’s outing. (I recommend both the book and movie version of How to Survive a Plague to learn more about that, and there are more links at the end of the post.) There was even previous celebrity activism: Elizabeth Taylor, a friend of Rock Hudson’s, co-founded amFAR, the AIDS research foundation in 1985. But Diana was the biggest celebrity in the world — making the cover of People magazine more than 50 times — and I give her credit for using that unique status to “explode the myth” that AIDS could be transmitted through casual contact.

That’s why it feels so upside-down and backwards to me that 33 years later, when the U.S. is facing a deadly virus that actually can be transmitted by a handshake … now, somehow, we’re not convinced that we can get it. Even as actors and athletes announce their diagnoses, we’ve seen crowded Florida beaches and heard from a president who thinks we can get back to business as usual in a week.

I grant you that the mortality rate of AIDS was much higher than what COVID-19’s mortality appears to be, and there was no dismissing AIDS as a “bad flu” because AIDS progressed quickly in young, healthy-looking people in brutally visible ways. But I think the real difference in the societal responses to COVID-19 and AIDS stems from homophobia. Because early reports described AIDS as a disease of gay men, people felt free to unleash longstanding prejudices. COVID-19 isn’t such a clear-cut “Us vs. Them” story, even though a significant amount of “othering” and scapegoating is occurring. Trump, as usual, is inciting racist violence by blaming China for the virus, leading to an increase in assaults on people of any Asian heritage. And there has been a lot of inaccurate media messaging around how “only” the elderly or those with underlying conditions were likely to get the most lethal form of COVID-19, as if those people don’t count as much. Still, I doubt there are many people in America who can say they’ve never met — or at least seen — an Asian person, elderly person, or person with a pre-existing health condition. In contrast, in the 1980s, there were a lot of folks who could really claim they “didn’t know” any gay people. And it’s always easier to hate and fear people you don’t know.

Unfortunately, there is one way in which COVID-19 and AIDS are similar: The death toll will be drastically increased by government mismanagement. The iconic AIDS activism group ACT UP made the connection in an Instagram post today.

IF I DIE OF COVID-19—DUMP MY BODY ON THE FRONT STEPS OF MAR-A-LAGO. IN REFERENCE TO LATE GREAT DAVID WOJNAROWICZ. THIS IS AN @ACTUPNY X @HOUSINGWORKS COLLAB.

I’d add that Trump’s rambling on-camera statements about COVID-19, which are full of outright lies, will age just as horribly as the 1982 Reagan-era White House press conference …

… except hindsight isn’t required to see how inept Trump’s reaction is. The tragedy is happening right in front of us, in real time, and Princess Diana is long gone. So we have to save ourselves. One thing we can all do is to is call our senators, whether they are Democrats or Republicans, and demand that any coronavirus aid bill prioritizes people over corporations. Tell your senators you don’t want any more bailouts of multi-billion-dollar companies that later spend their cash on executive bonuses and stock buybacks instead of retaining and hiring employees. The links below will help you formulate your message.

If you’re not one of the many people who are working harder than ever because of this crisis — you’re not a medical professional, delivery person, grocery employee, or parent — and you have free time, you have no excuse not to be calling and emailing your elected officials every day. Every elected’s office tallies the number of constituent calls and their topics, and those communications inform the behavior of any office holder who wants to be re-elected. So just do it. Phone shy? Resistbot makes it easy to send emails to multiple electeds simultaneously in under two minutes. Text the word RESIST to 50409 and follow the bot’s instructions.

You can also get yourself fired up to create change by reading about a few of the important activists of the ’80s AIDS epidemic:

You can get a taste of Larry Kramer’s personality in the first seconds of this trailer for the documentary How to Survive a Plague, and then buy or rent the whole movie on YouTube.

That clip makes me wish Kramer were in front of cameras right now, yelling at us about the coronavirus. At least we know that Kramer is in touch with Dr. Anthony Fauci, who, as the director of the National Institute of Allergy and Infectious Diseases and head of the coronavirus task force, is one of the few truth-telling people anywhere in Trump’s vicinity. Michael Daly’s must-read Daily Beast story about the decades-long relationship between Kramer and Fauci, which started with the AIDS crisis, includes the highlarious fact that Kramer once wrote an opinion piece titled “An Open Letter to Anthony Fauci, an Incompetent Idiot.” But by 1989, activist and doctor were finally on the same side and, as Fauci has said, “There’s medicine before Larry Kramer, and then there’s medicine after Larry Kramer.” You can see him saying that in this trailer from another documentary, Larry Kramer in Love & Anger.

Quite a few of the statements in that clip apply today, don’t you agree?

UPDATED WEDNESDAY, APRIL 8, 2020, TO ADD: Jacob Bernstein wrote a piece for the New York Times about HIV survivors feeling déjà vu in the midst of the coronavirus pandemic.