History was made today when New York State opened polling sites for early voting for the first time ever! We now have nine days plus Election Day to vote instead of the mere 15 hours on an Election Day Tuesday that were standard. There are plenty of people who work, go to school, and/or care for family who couldn’t make it to a crowded polling site on a Tuesday — now they have two full weekends as well as evening hours. For this local election, early voting runs from today to November 3, with Election Day falling on November 5.

In case you’re tempted to moan that voting never changes anything — well, this is only happening because people turned out to vote last year. Progressives in New York have wanted to offer early voting for years, just like 38 other states already do. But Republicans and faux Democrats in the state senate blocked the legislation. It took educating voters and getting enough of a turnout in the 2018 elections to flip the state senate blue. The new Democratic majority then passed a package of voting reforms.

The early voting hours and polling sites might be different from what you’re used to, so check your polling site here. New York City peeps can preview what’s on their ballot here. I recommend voting yes on all the proposed changes to the city’s charter. The most important of these is the introduction of ranked-choice voting in city elections. Here’s a short video that explains ranked-choice voting.

I celebrated an early Halloween on Friday by dressing as Ruth Bader Ginsberg and hitting the streets with “Enthusiastic Campaign Worker” and “Generic Blonde Presidential Candidate” friends to distribute candy and fliers about early voting. 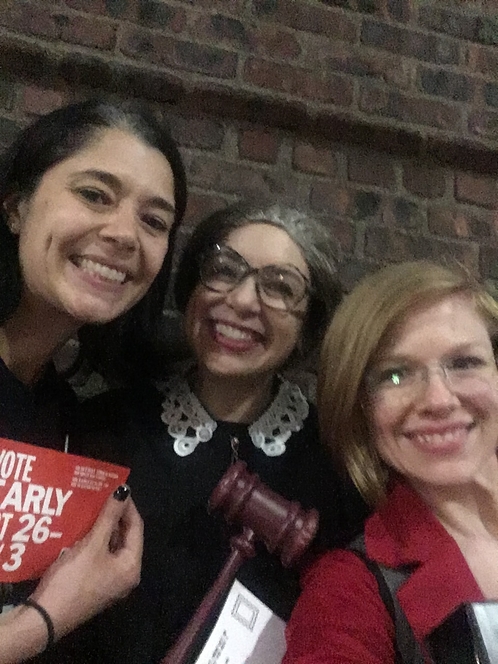 This was definitely not the sexiest Halloween costume I’ve ever worn. 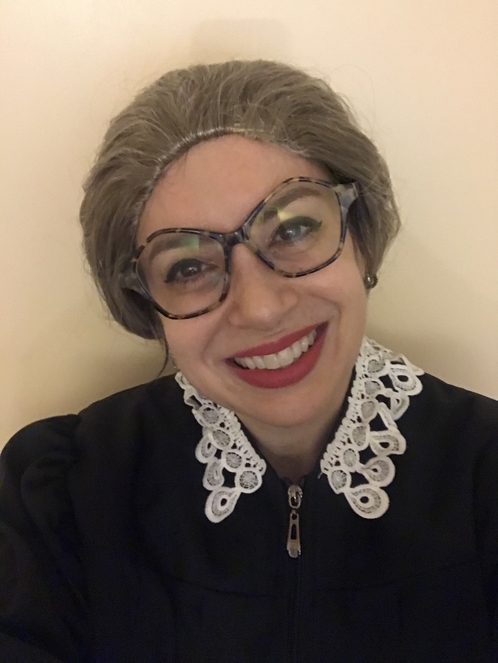 On the other hand, it was very gratifying when a woman told her son, “Thank Justice Ginsberg for the candy.” I could get used to that level of respect!

You might also like
Wendy Brandes Jewelry in Ocean Home; Week in Review
What Wendy Wore: Flower Feet for Mother's Day
Vegetarians Are Cruel
Previous Post: « Happy Birthday, Chiara!
Next Post: The Week in Review »