We’ve finally reached the jewelry portion of my Golden Globes coverage. You’d think that as a jewelry designer, I’d start with that, wouldn’t you? The thing is that, as a designer, I’m looking for a “Wear What You Want” jewelry moment with something so daring that I think, “I wish I’d made that.” I want to see two fists full of rings like Tracee Ellis Ross’s at the 2017 Golden Globes — jewelry that would count as a weapon in a street fight.

Despite the drip-drip of gorgeous diamonds from red-carpet favorites including Tiffany, Chopard, Harry Winston, and Lorraine Schwartz, only musician Joanna Newsom delivered the knockout punch I’m looking for. The Neil Lane jewels she wore in her hair made a bold statement.

I also loved her Rodarte dress with the heart bodice, which you can see in this photo of her with her hubby, Golden Globes co-host Andy Samberg.

As for the jewelry trend to keep an eye on, it’s pearls with attitude. Jamie Lee Curtis wore unmissable white pearl earrings by Cathy Waterman that complemented her all-white look, including newly white hair.

The fiercely posing Judith Light — one of my consistent red-carpet faves — wore a cascade of Sidney Garber white pearl necklaces over her white Christian Siriano gown.

My taste in pearls normally runs to irregular shapes and/or any color but white, as I recently discussed in a video.

I love the color of the South Sea pearl I used in my platinum and diamond Luna ring, which is available on 1stdibs.com. 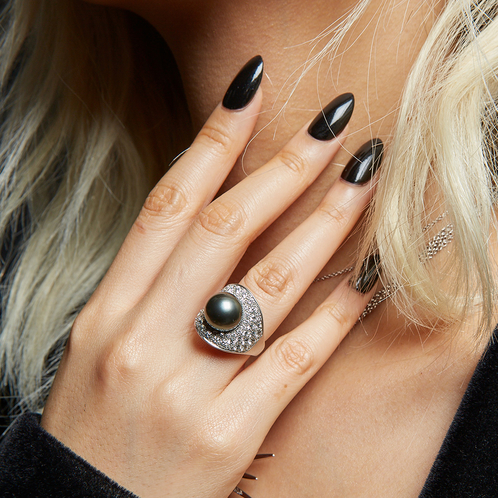 That said, I am liking the assertive white pearls worn by Jamie and Judith — especially Judith’s, which brought back fond memories of the many layers of fake pearls I often wore over a white man’s shirt in the early 1980s. I need to dig around and see if I can find a photo from back in the day, but, in the meantime, here’s a 2013 photo of me wearing a 1989 dress with some party-favor pearls from a ’20s-themed party. (I got a lot of years into that last sentence!) 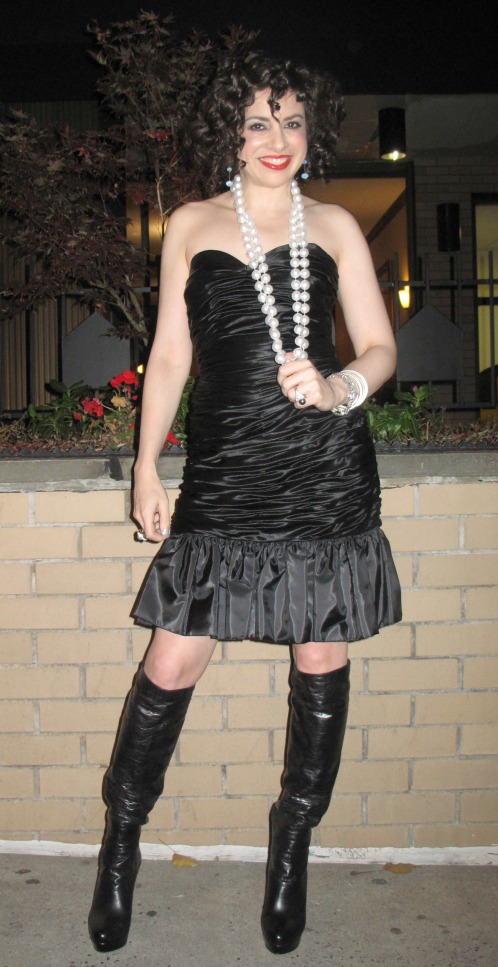 Emeralds have been going strong on the red carpet for several years now. I think pearls may be poised to give emeralds an All About Eve run for their money.

You might also like
Crossing My Fingers for Eminem, Lady Gaga at Grammys
What Wendy Wore: Next Season's Earrings ... Big Hoops
What Wendy Wore: WJA Awards for Excellence
Previous Post: « 2019 Golden Globes: The Best of the Rest
Next Post: Wednesday’s Video: Career Advice for Disruptive Times »