Continuing this week’s posts about slow fashion, my new YouTube video stars a few purses that “One Woman” has used for 10 or more years.

I’ve had to dig around for photos of a couple of the pre-2007/pre-blog purses featured. At first, I was puzzled by the fact that my rainbow monogram Louis Vuitton — from the first Takashi Murakami collaboration with Vuitton — could only be found in a photo of MrB patiently holding it for me in Paris. 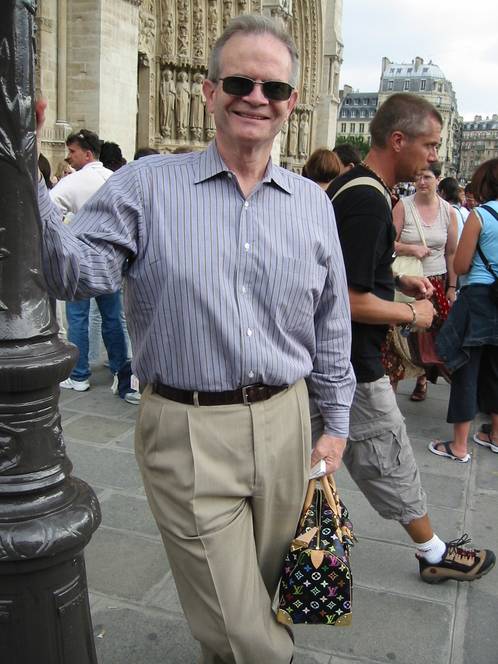 Click for photos of celeb dudes holding their S.O.’s purses.

Then I remembered that before outfit posts for the Internet were a thing, I’d always hand off my bag to someone for a photo. Like … why should I be holding a purse to get my picture taken? My, how times have changed.

Also, the history of my pink Balenciaga bag requires a correction. I was right about having purchased it at Decades in Los Angeles, but that happened in 2004, not 2003 as I said in the video. You can see I was pleased with my acquisition. 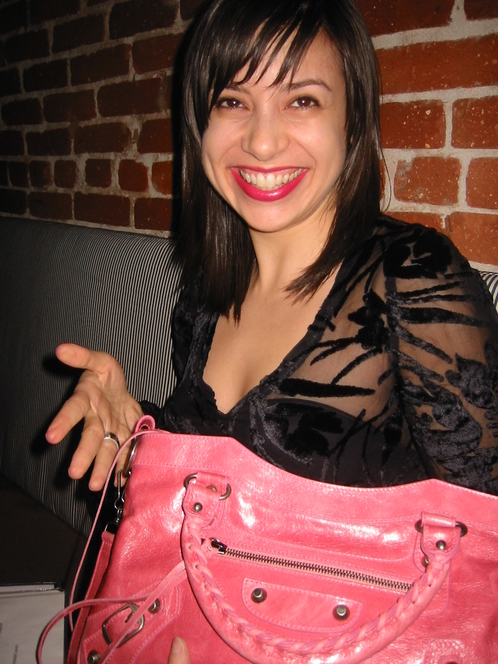 I got the sheer vintage top I’m wearing in this 2004 at the same time I got the purse.

I’m going to have to do another purse video because I left out my oldest bag — a Prada from the late 1990s — and one of my treasured Louis Vuitton Murakami bags. While I included my 2005 Murakami Cerise bag with the smiling cherries on it, I omitted its close relative, the Cherry Blossom bag, just because I was too lazy to climb up to the high shelf the latter lives on.

Speaking of Murakami, the artist has proven he can still move a lot of product, even though Vuitton ended its collaboration with him in 2015. WWD has a story about an exhibit of his work at the Museum of Fine Arts in Boston, where the museum shop is doing big business. The article says Flower-shaped cushions and plush toys are popular, making me wonder which category my happy flower plush falls into. 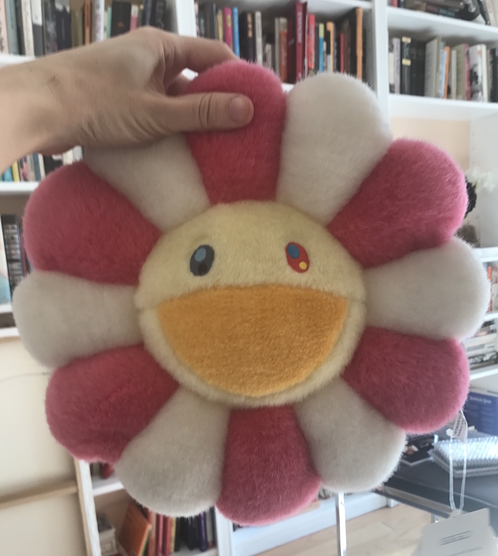 The flower is still happy but a little sleepy on the flip side. 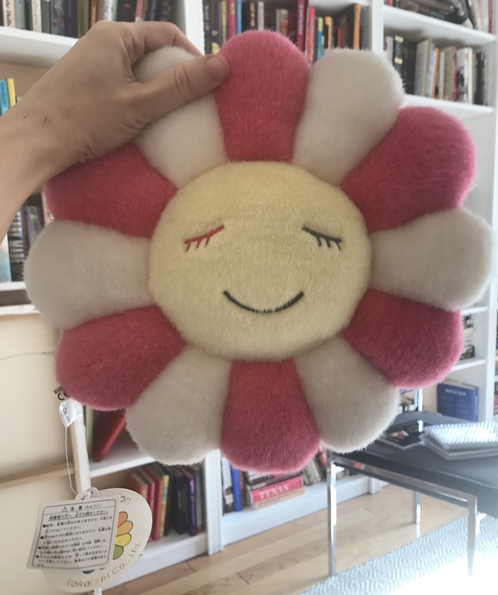 I got the cushion/toy at an event I attended, the details of which are lost to my memory. I’m going to guess that it happened before the initial Vuitton collaboration because I think riots would have broken out if someone handed out free Murakami toys in 2003!

You might also like
What Wendy Wore: Committee to Protect Journalists Dinner
A Tip of the Top Hat
What Wendy Wore: Vintage to Vanity Fair
Previous Post: « Another Slow-Fashion Fan: Tami Roman
Next Post: Throwback Thursday: CPJ Outfits From 2007-2017 »