This is random, but too exciting not to share: When Prince William and Princess Kate visited Poland this week, my Warsaw-based friend Monika was part of the crowd that turned out to greet them. Okay, anyone can join a big crowd, right? But not just anyone can get to the front of the crowd, shake the prince’s hand, and take pictures like this! 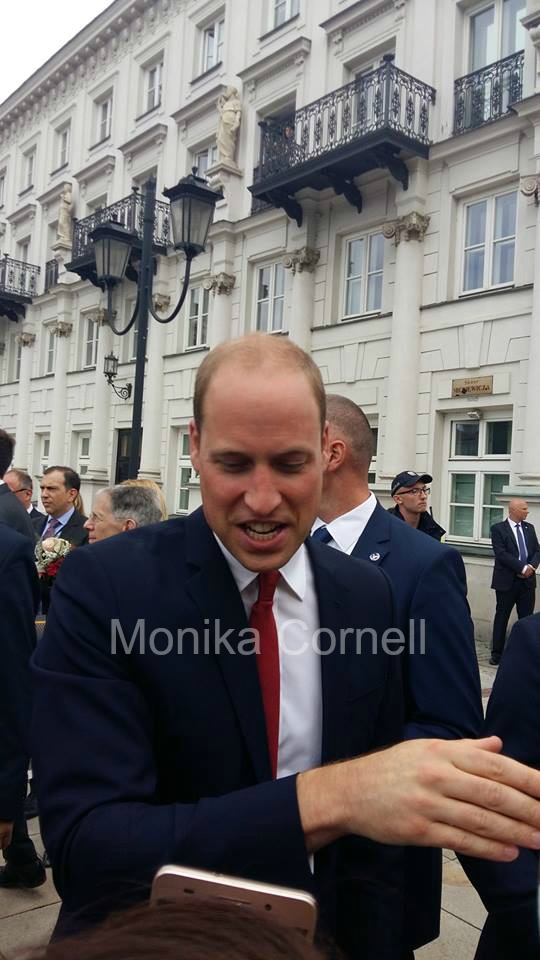 When I first saw Monika’s photos, I thought they were from an agency. 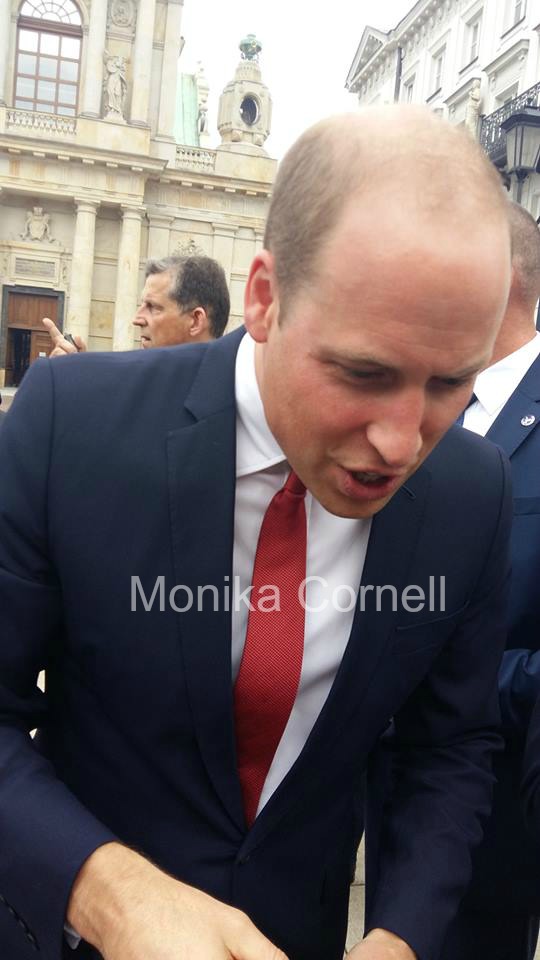 Monika reports that the “royal handshake was very, very soft.” Hmmm. Maybe when you have to shake hundreds of hands in a short span of time, it’s best to discourage a lot of pressure. 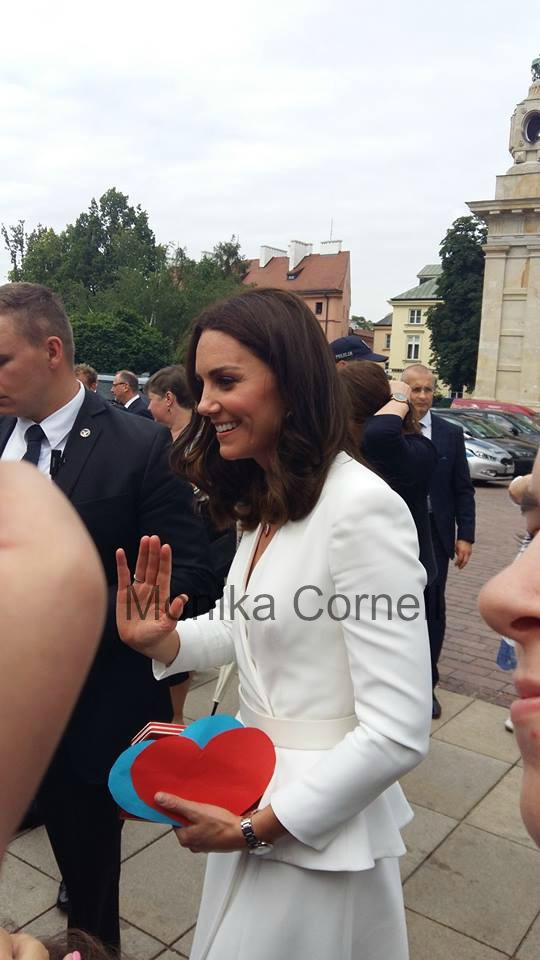 Apparently, we have to be invited to a state dinner to see Kate wearing Princess Diana’s tiara and the queen’s necklace. I’ll be waiting by the mailbox for my formal invitation. 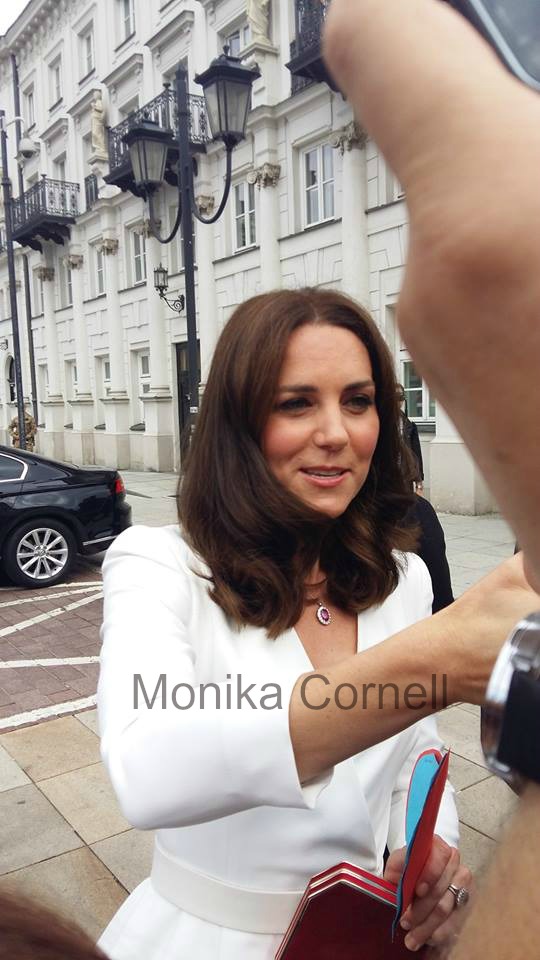 Actually, looking at the photo above, Kate’s pendant — if it’s a ruby of good quality — would be an impressive size on a non-royal. It’s not what one would think of as “queen-size” though, and the style is as conservative as you can get. You can see the matching ring in Monika’s photo, and there were matching earrings as well.

If Monika were living in New York, I’d make her come with me to all the general-admission concerts to help me secure front-row spots. “I had to fight hard” to get the pictures, she told me, and I know it’s true. Getting up close to a royal in a public place must put getting to the front row of a Lana del Rey concert to shame, and those Lana fans will kick your ass. Don’t underestimate them merely because they’re emo.

Years ago, I had an easier time of it when MrB and I were somehow invited to a party attended by Prince Charles and Camilla. I believe it was before they were married in 2005. We did get handshakes and exchanged a few pleasantries. I confess that I couldn’t understand a word Camilla said, though I could easily understand Charles. Does that mean she has the more upper-crust accent? When we got to the front of the crowd around her she said a few words and laughed a little and MrB and I nodded in agreement and chuckled politely, hoping that was the appropriate response. We also chatted to Sting that night. Out of all the famous people there, the one that I was too scared to approach was Yoko Ono.  Maybe it’s the hats and sunglasses, but she’s intimidating!

You might also like
#CloseTheCamps: Take to the Streets on July 2
#WCW: Tiffany Cabán, Megan Rapinoe, Alanis, and Warren
What Wendy Wore: Watanabe to the Weinstein Party
Previous Post: « Wednesday’s Video: Jewelry With a Prize Inside
Next Post: Rihanna Gives Me Non-Buyer’s Remorse »