I time-traveled to 2008 while getting dressed for a friend’s cocktail party last month. 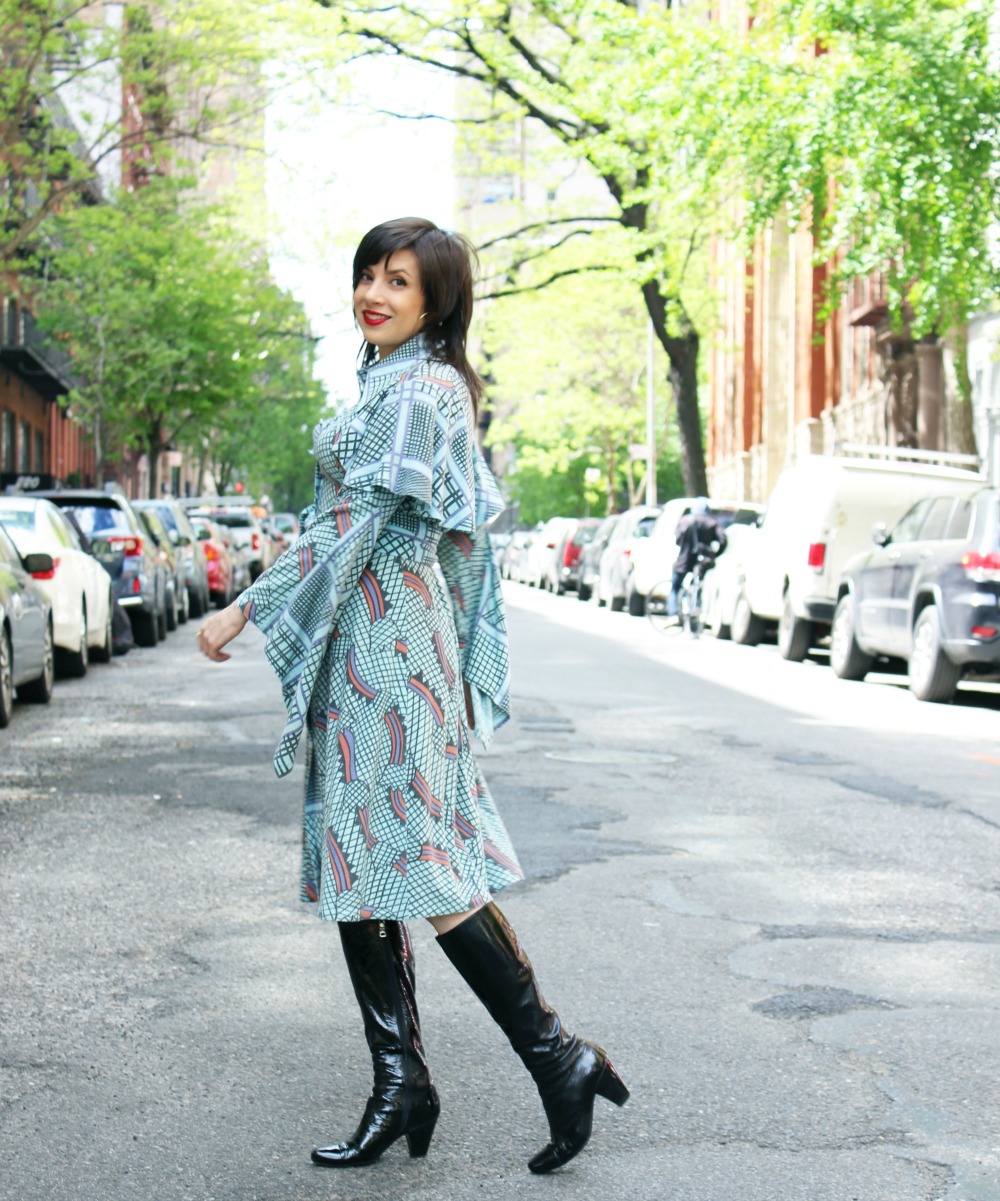 I didn’t realize that I had acquired my entire outfit — the vintage Ossie Clark dress and the Prada boots — in 2008 until I was doing the caption for the photo above. And there’s my answer for the people who ask me how I “remember” when I got clothes or shoes: I don’t! I look up the dates on my blog. If I got something before I started my blog in July 2007, there might not be a photographic record of it, and that’s why I label some items “pre-2007.” That happens the most with shoes because — while there might be photos showing at least part of a dress or outfit — I didn’t go out of my way to take head-to-toe photos unless I was dressed for a fancy event.

Last month’s cocktail party wasn’t a fancy event, but it was an emotional one.  My friend Laura was honoring the doctor who saved her life after she was diagnosed with leukemia 26 years ago. The brother who donated bone marrow for her transplant was also there.  He’s a Marine, so that’s some extra-tough bone marrow.  Laura says she swears and spits more since getting that marrow, but, to be honest, she was pretty damn tough before she joined the Marines. I know because I worked at the Wall Street Journal with her and she scared me to death back then!

As for my party outfit, I used to think of this as my “kaleidoscope” Ossie, but there are swatches of a windowpane check in the pattern, so now its my “windowpane” Ossie. 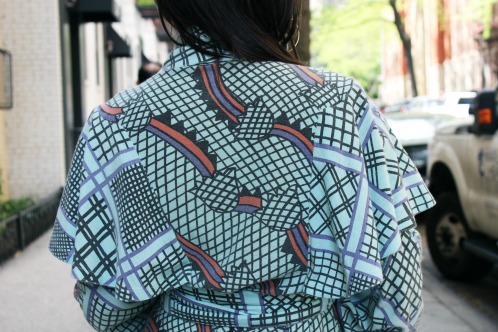 Click to see a photo of another Ossie Clark dress with a different sort of capelet effect.

My favorite part of this dress is the extravagant sleeve.

Like a lot of Ossie Clark designs, this dress has a self-belt … 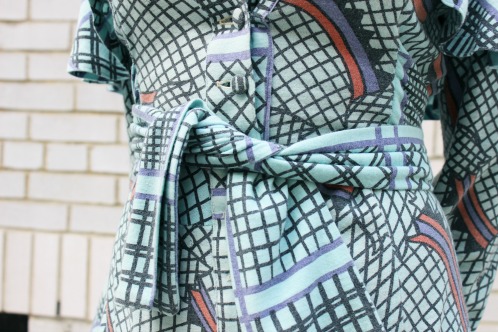 I like this dress style so much that I bought a second one in a different color/pattern, which you can see here and here. To be honest, I didn’t expect the low bid I put in on eBay to win. I do miss the days when eBay was the best source of vintage clothes online. I would scour the site constantly, even though I had alerts set up for my favorite designers. It was like a constant treasure hunt. Nowadays, if I’m looking for something particular, I look all over teh Internets before remembering that eBay is a possibility.

There are two other fun facts about this dress. First, Quorum, the boutique that sold it, helpfully tagged the dress with its dry-cleaner recommendation. 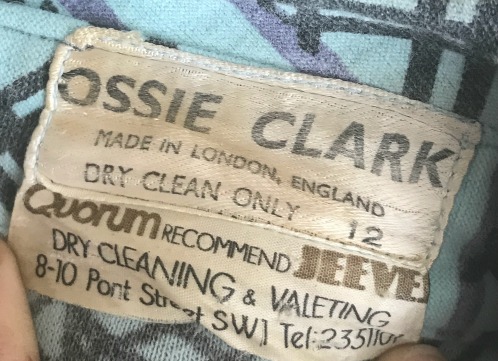 The tag inside the dress.

Second, my gorgeous British blogger friend Sharon — who has been blogging almost as long as I have — was the one who pointed out the dress to me on eBay. Thanks again, Sharon! And happy birthday to you, one day late. Drink some Pimm’s for me.

You will see me wearing this the windowpane dress in tomorrow’s YouTube video, in which I answer some frequently asked questions about vintage clothes. Subscribe to my channel so you don’t miss it.

Till then, I’ll be listening to “Love the Way You Lie” because I’ve got the lyrics, “Now you get to watch her leave out the window/ Guess that’s why they call it window pane” stuck in my head.

I always liked that line!