MrB received an award from the Reporters Committee for Freedom of the Press at the organization’s annual dinner on Tuesday.

We attended the event last year, too; little did we know how much more important the Reporters Committee would be by the next dinner. That’s because the Reporters Committee and its staff attorneys provide free legal resources to protect the First Amendment rights of journalists in the U.S. As I’m sure you’ve noticed, the Trump regime is waging outright war against journalists. Examples include:

In this climate, it’s no surprise that just one day after the Reporters Committee dinner,  Greg Gianforte — the Republican candidate in a special House election in Montana — physically assaulted a reporter from the Guardian in front of witnesses, the day before Election Day. How bad was the attack? So bad that employees of Fox News felt compelled to describe it accurately. There’s a lot of early, mail-in voting in Montana, which probably worked to Gianforte’s advantage: He won the election.  He also faces a misdemeanor assault charge. For now. (By the way, even if some of the early voters would have changed their minds after the violent attack, they were still unbothered by the fact that Gianforte doesn’t believe in retirement because, “How old was Noah when he built the ark? Six hundred. He wasn’t, like, cashing Social Security checks, he wasn’t hanging out, he was working.”)

The Reporters Committee is clearly going to need a lot of resources to counteract this. Fortunately, Jeff Bezos, the chief executive officer of Amazon and the owner of the Washington Post, gave the organization $1 million — the largest personal contribution the Reporters Committee has received in its 46 years. But if you’ve ever had to hire a lawyer, you know how expensive that is, and the Reporters Committee doesn’t charge any of the reporters it helps. A million dollars can go pretty fast, so if you’d like to donate any amount at all it would be a big help. You can do so here. As one of the speakers at the awards dinner said, “Freedom of the press is not a liberal value. It’s an American value.”

Reuters editor-in-chief Steve Adler, who used to work for MrB at the Wall Street Journal, introduced MrB and presented him with his award. Here is Steve’s introduction and MrB’s acceptance speech.

I wore a vintage Ossie Clark dress to the dinner. 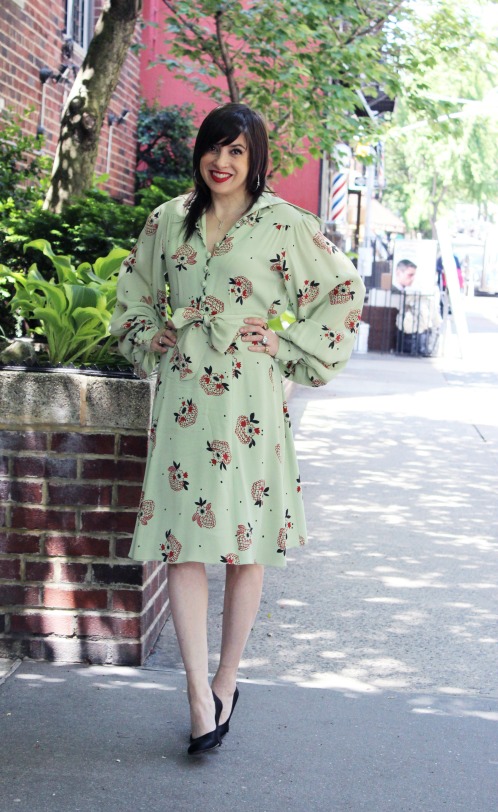 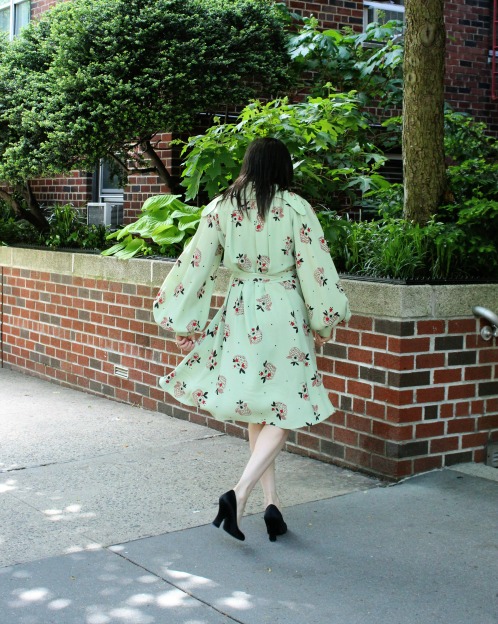 My right-hand woman Eryn calls the color of this dress “pistachio green.” I’ve always thought of it as “mint green.” Eryn has a better eye for color than I do, so I’m inclined to go with her choice. In addition to not being mint green, this 1970s Ossie dress is not in mint condition. It’s not bad for its age by any means, but it’s not pristine either. In one of the YouTube videos I have coming up and the companion blog post, I’ll show you some close-ups of the flaws on this dress as I talk about what kind of wear and tear you might see when shopping for vintage clothes. Don’t forget to subscribe to my YouTube channel so that you don’t miss it!