Well! I never dreamed I would have a viral moment on social media that didn’t involve a cat sitting in a bowl … 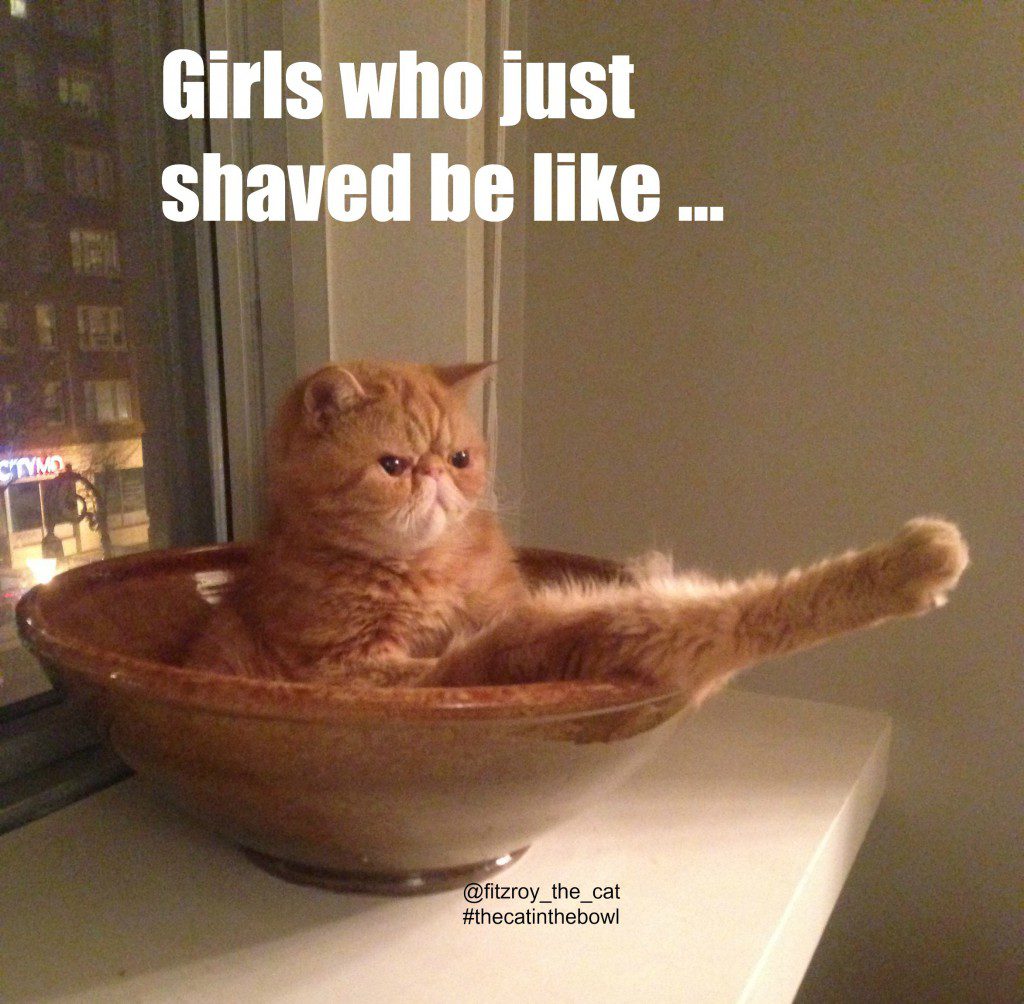 The original version of this FitzRoy photo got nearly 70,000 notes on Tumblr.

If Ryan Lochte lied about that robbery, how can we ever believe any man's allegations of robbery? ?

I believed Lochte at first. On Sunday, when news broke that he and U.S. swimmers Gunnar Bentz, Jack Conger and James Feige had been robbed at gunpoint in Rio, I was miffed when the International Olympic Committee said the story was “absolutely not true.” After all, Lochte’s own mother verified the story. Then Lochte himself elaborated, telling NBC that the group’s taxi had been stopped by men posing as police. The U.S. Olympic Committee released a statement saying the four swimmers were cooperating with authorities.

By Tuesday, the whole thing started to fall apart. The Associated Press reported the Brazilian police couldn’t locate the taxi driver or other witnesses and that the swimmers couldn’t provide important details. The next day, a Brazilian judge ordered the seizure of Lochte’s and Feigen’s passports — though Lochte had already flown the coop and was back in the U.S. Bentz and Conger were pulled off their plane at Rio’s airport.

That night, as I watched NBC’s Matt Lauer’s report on Lochte’s unraveling story, I contemplated the potential fallout ruefully. Would anyone say “All men lie”? Nah, that kind of generalization is reserved for women who report rape. I had that in mind as I read funny comments about the so-called #LochMess on Twitter, so when Meg Urbani tweeted, “Ryan may be a great athlete but he’s such a tool. Remember Jeah? JEAH… Oi,” I replied with:

@MegUrbani men and their false robbery accusations. Why should we believe any guy who says he was robbed. ?

Then I thought, “Maybe this deserves its own tweet.” I wrote one … and deleted it. It seemed like such an obvious observation that I figured 100 people had already tweeted something similar. Also, I didn’t like the idea of rape apologists coming out of the woodwork. Then I decided, “Fuck it! It will be in my own words and hardly anyone will see it anyway.” I rewrote the tweet and hit send.

To my surprise, a lot people saw it! Immediately! I was like … 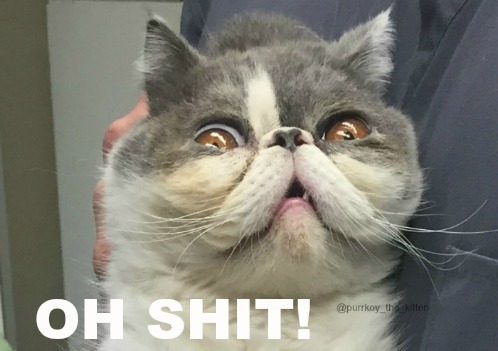 I have no idea why it took off like it did. Timing, maybe? Other people on Twitter did wind up sharing a similar reaction (independently, without having seen my tweet), but, from what I’ve seen so far, I beat them to it. Then, as the tweet gathered steam, it wound up on round-ups of Lochte-related tweets on BuzzFeed, Huffington Post, and A Plus, and gathered yet more steam. (Maybe it even inspired this Independent piece? You be the judge.)

As the tweet took on a life of its own, I was gratified by the thousands of individuals — women, men, and people who identify otherwise — who got the point I was making and had a laugh about it. Rape apologists and mansplainers turned up too, of course, expressing outrage that can be summarized as, “You’d hate it if we treated women that way!” For days, I thought they were pretending to take my tongue-in-cheek tweet literally in order to defend the status quo. I finally realized that they (or at least some of them) weren’t pretending. They were taking the tweet literally, because they don’t see any problem with how women are treated now. They’re okay with authorities who treat a woman’s allegation of rape with skepticism before any kind of investigation is launched. They’re fine with saying a woman “asked” to be assaulted because she wore certain clothes or drank alcohol or went out alone/late or had a man over to her place or wore headphones while jogging. For people who genuinely think women deserve that treatment, my tweet was not mocking existing double standards, but suggesting that we inject inequity into a totally fair environment. 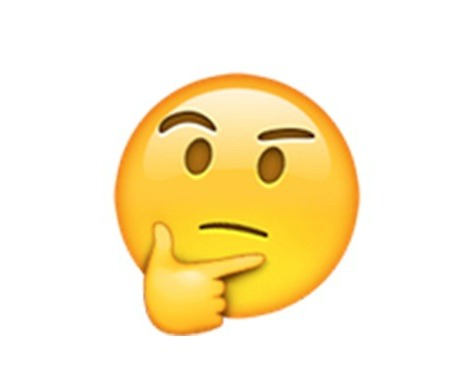 A few of the apologists strove to be very logical, arguing that the Lochte situation simply proved that no crime reports — whether lodged by men or women — should be taken seriously without scientific evidence. I responded to a couple of those, asking, “You mean evidence like this?” There are an estimated 400,000 untested rape kits in the U.S. Think those untested kits don’t make a difference? In 2009, 11,341 untested kits were discovered in Detroit. As of this March, approximately 10,000 of those kits have been tested. According to End the Backlog, the tests have resulted in 2,616 DNA matches and the identification of 762 potential serial rapists. Thanks to those, local prosecutors have obtained 50 convictions, plus DNA has been connected to crimes committed in 40 other states and Washington DC. So there’s your scientific evidence: Sitting in a warehouse — sometimes for 20 years. (Learn more about the rape-kit backlog here. Donate here to help fund the testing of the remainder of the Detroit kits.)

Another point I want to make to the evidence-loving skeptics: WTF kind of evidence do you think you have if your pocket is picked on public transportation? Pickpockets are slick. You’re not going to notice a thing. Later, you’ll reach for your wallet and it will be gone. That will be your only proof of the crime. The cops aren’t going to dust your ass for fingerprints. Here in New York, 940 subway cars are supposed to get surveillance cameras … by 2019. That means there’s no guarantee that there will be any video to fall back on at this point. But, you know what? The cops are going to take your crime report anyway, based on your say-so, just like they will if your laptop is stolen at a coffee shop. For all they know, you want insurance to pay for a new computer, but they don’t assume that from the start.

I’ll have much more to say tomorrow about how and why sexual assault is treated differently than other crimes, but right now, I want to get back to Ryan Lochte. As we all know now, Ryan & Co. weren’t robbed. Instead, the group was confronted by armed security guards after vandalizing a gas-station bathroom. (Before you say the guards were out of line, note that in the U.S., minor crimes like this have long been considered sufficient justification for fatal shootings.)

While the U.S. Olympic Committee apologized to Brazil, Rio 2016 spokesman Mario Andrada blew our minds with this statement at a press conference:

“Let’s give these kids a break. Sometimes you take actions that you later regret. They are magnificent athletes. Lochte is one of the best swimmers of all times. They had fun. They made a mistake. It’s part of life. Life goes on.”

“Kids!” Lochte is 32, and has — hilariously — been happy to refer to himself as a man in the past.

At least now he’s a man-baby with better hair. Before his #sorrynotsorry Saturday television interview with Matt Lauer, Lochte changed the cartoon-villain greenish platinum dye-job he sported at the Olympics to a more innocent-looking brown. Unfortunately, the new ‘do didn’t make him seem any smarter when he said he had “over-exaggerated” his robbery story and blamed one night’s intoxication for his decision to stick with his story for days. Sorry, Ryan! Sane people don’t perceive this as an “over-exaggeration.” Nor do they agree with television personality Billy Bush’s “embellished.” We stand with Al Roker and call you out for lying!

Today Lochte lost four major sponsors, but I don’t think I’ve come across anyone calling him “unpatriotic” yet. No, that word is reserved for gymnast Gabby Douglas, who failed to put her hand over her heart during the playing of the national anthem in Rio. (Not only have whole stadiums full of people failed to do the hand-over-heart thing here in the U.S., but last week in Rio, the U.S. men’s shot put winners stood with their hands at their sides, criticism-free.)

Interestingly, the only reason the Lochte story came out at all was because of Australian newscaster Ben Way’s chance encounter with Lochte’s mom on a Rio Olympics shuttle bus. She’s the one who first shared the tall tale that Ryan had told her. Sports Illustrated has Way’s account here. It ends with Way’s advice for the ages: