How’s this for a special Throwback Thursday entry? In a stack of papers, I recently found a 1998 letter MrB wrote to me after I sent him a copy of The Diving Bell and the Butterfly. Don’t miss his comment about Amazon.com! 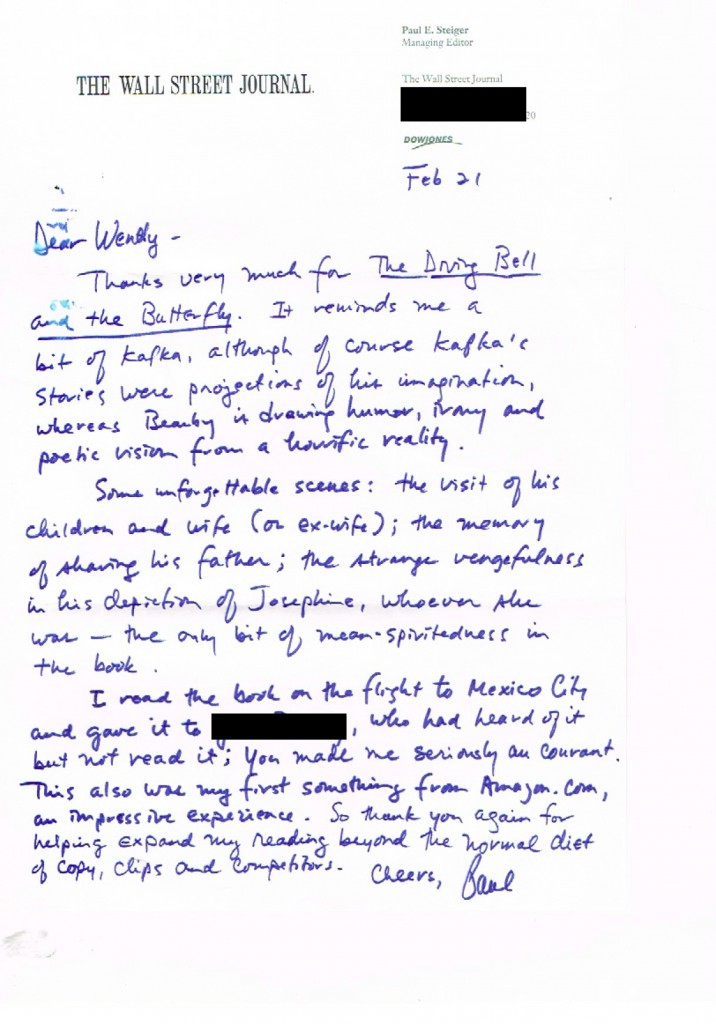 Seeing this reminded me that I had also sent MrB a “Dear John” letter telling him that I “respected him as a journalist,” meaning I had no other interest in him. I’m not sure if that was before or after the gift of the book. Several years later, MrB reminisced happily about the “letter of encouragement” I had sent him. I replied that I’d sent him a letter of rejection. He said, “No, I still have that letter.” I said, “You better read it again.” He found it, reread it and said, laughing, “This IS a letter of rejection!” I’ve always admired MrB for being a very optimistic person. He’s the kind of guy who would hear you say, “Maybe … if you were the last guy on earth …” and think to himself, “Ooh! I have a shot!” I mean, at some point, there’s probably going to be a last guy on earth, right?

Now I’m kind of missing the days when people would send handwritten letters on stationery.

A much more recent and totally unrelated Throwback Thursday entry is this blog post that the gorgeous Tanya Dukes wrote for InDesign magazine for Valentine’s Day. Thanks for including my Vampire Diana heart ring in your piece, Tanya.