I spent 10 years in business journalism, and the gyrations of the stock market are more than enough to bring back the memories, thank you very much. I wouldn’t normally seek out a movie related to the post-housing-bubble foreclosure crisis, but I’m glad MrB and I caught a screening of 99 Homes last week. I was on the edge of my seat!

Andrew Garfield (The Amazing Spider-Man) plays Dennis Nash, a construction worker living with his mother (Laura Dern) and his young son. Of course, when the housing market collapsed, so did the construction business. Out of work and out of money, Nash and his family are evicted from their home by men from the local sheriff’s office, who are supervised by gun-toting real-estate agent Rick Carver (Michael Shannon). Carver is a great villain, making bank off ordinary folks’ misery — buying and selling foreclosed homes as well as running various scams on government agencies — while sucking violently on e-cigarettes. (In Shannon’s hands, the e-cigs look nearly as threatening as the cattle gun wielded by hitman Chigurh in No Country for Old Men.) Desperate, Nash winds up going to work for Carver and getting sucked into his “steal or be stolen from” lifestyle. The movie ends on an intriguingly ambiguous note and, in a Q&A session after the movie, director Ramin Bahrani said he wasn’t going to clarify the final scene for us. He said he wanted us to debate it, and we all had a great time doing that on our way to a post-screening dinner.

During the short walk to dinner, we bumped into another screening guest who was MrB’s neighbor back in the day: gorgeous actress Tovah Feldshuh. MrB told Tovah that she has been a fixture in our living room lately, because we’ve seen a number of episodes of the original Law & Order in which she played defense attorney Danielle Melnick. He added that she was a great sparring partner for the character of ADA Jack McCoy, played by my beloved Sam Waterston. 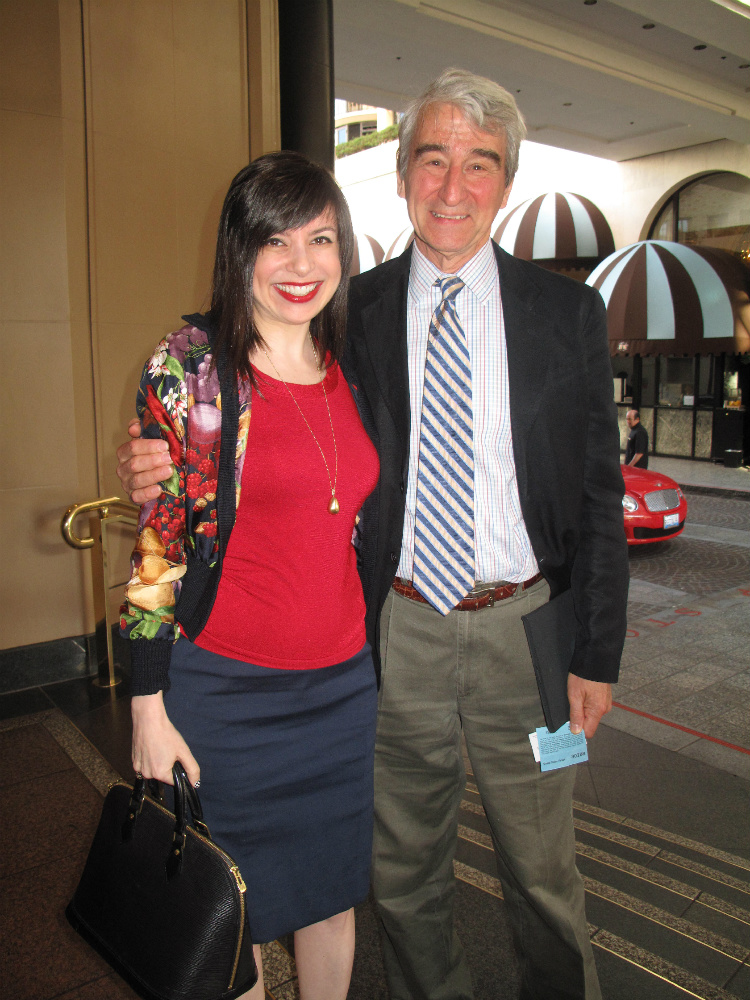 I had to ask Tovah for a photo to go with my Sam Waterston photo.

I’ve met the fabulous actress Tovah Feldshuh before but this is the first time I took a pic! Catch her on @amcthewalkingdead. Heard all about her practice at the shooting range. #thewalkingdead #walkingdead #zombies #amc #tv #actress #tovahfeldshuh #sonice #loveher #actor

Tovah is now on The Walking Dead, playing Deanna Monroe, the pre-apocalypse Congresswoman/post-apocalypse Leader of the Alexandria Safe-Zone. I’ve never really gotten into The Walking Dead, but I need to make it my new favorite show stat, now that I’ve been impressed by all the weapons training Tovah has had for her role.

I was feeling under the weather that night and almost didn’t go out. I’m so glad I made it! Here’s what I wore. 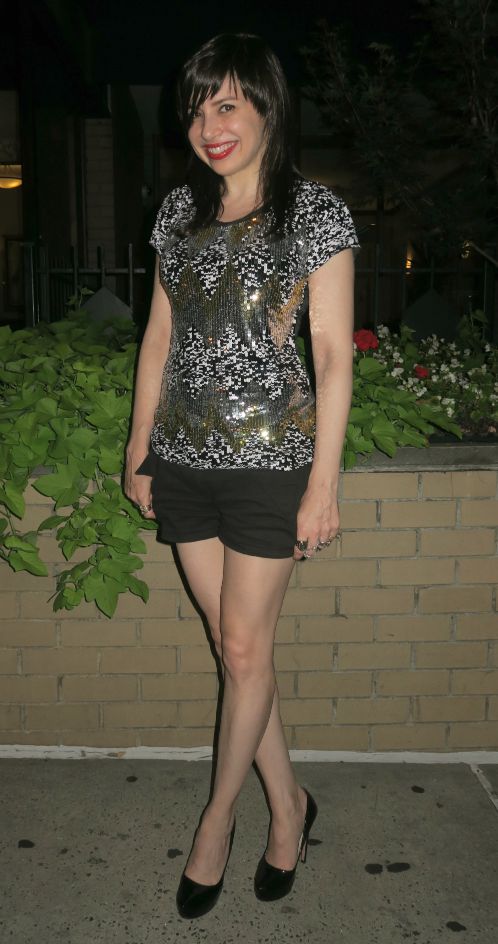 My sequinned t-shirt got a lot of compliments that night. It’s by the same manufacturer as the faulty feathered top that I also got from Patricia Field in July, but it seems to be better made. So far, I haven’t collected an envelope full of sequins to go with my envelope full of feathers.