FitzRoy the cat is closing in on 10,000 Instagram followers, so it shouldn’t surprise you that he and his younger brother, Purrkoy, have fans who are interested in meet-and-greets!

Actually, cat-loving Kelli and Aaron have visited before. They were in New York again this weekend and came bearing gifts, including one of the weirdest cat toys I’ve ever seen. 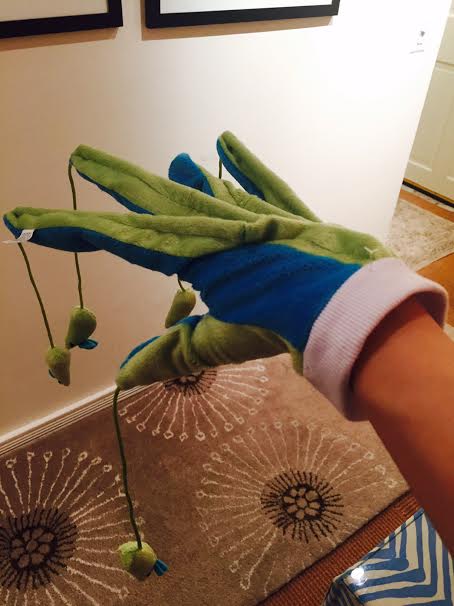 Scary long-fingered glove with mice attached to the fingertips. 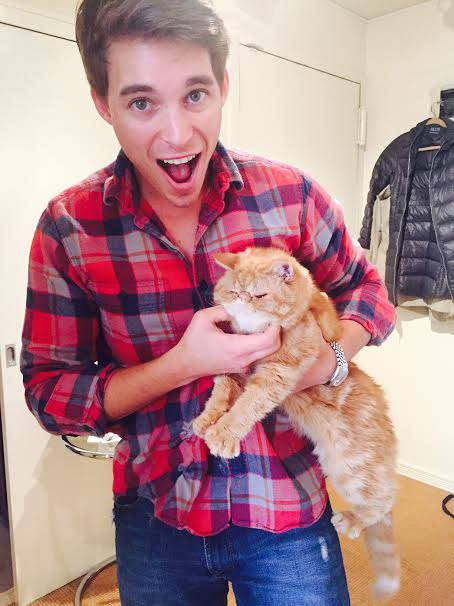 … while Kelli communed with Purrkoy until he decided to disappear under a credenza. Before the vanishing act, I took an amazing photo of Kelli and PK together. The angle makes 9-lb. Purrkoy look enormous! 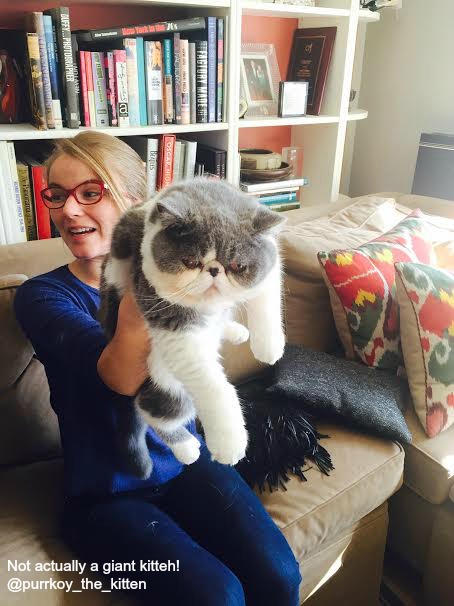 I’m sure if I tried to do that, I wouldn’t have been able to. Doesn’t this remind you of the giant bunny photos that go viral every so often?  Maybe we’ll see PK turn up in a tabloid, described as a record-setting kitteh.

You might also like
Week in Review: Glad This One Is Over
Valentine's Day Is Coming. Practice Your Sex-ay Poses.
Customer of the Day: Karen D. and Her Bat Necklace
Previous Post: « Angelina Jolie’s Decision
Next Post: Throwback Thursday: Emoji Face »