After doing my Fleetwood Mac posts, I realized I have a not-bad photo of the band taking its bow at MSG on Monday. 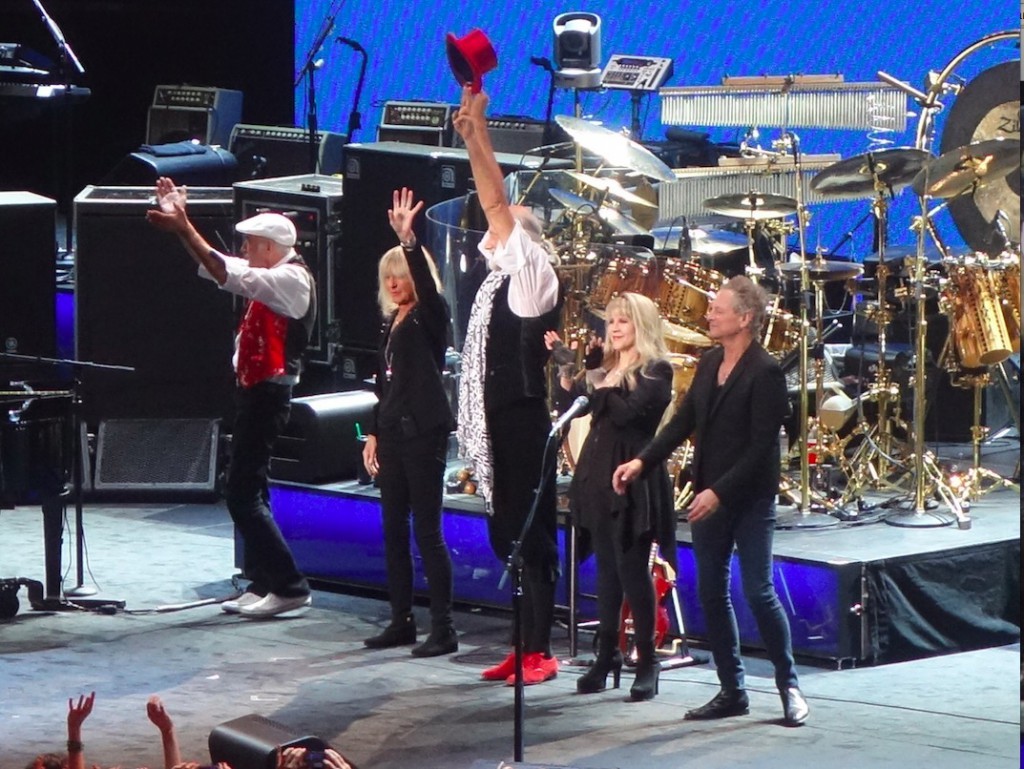 And here’s a vintage shot of Stevie Nicks that I had saved to my desktop because it shows her top hat … and general gorgeousness. 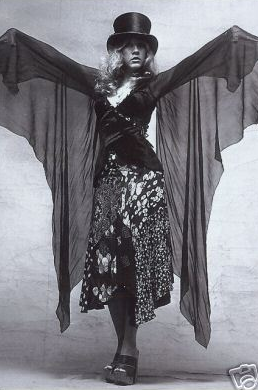 If you don’t have Stevie’s 1981 No. 1 solo album, Bella Donna, click the album-art photo below to get it. Man, when this came out, I was obsessed with those boots! And her hair. Basically, I wanted everything in this photo except the bird. 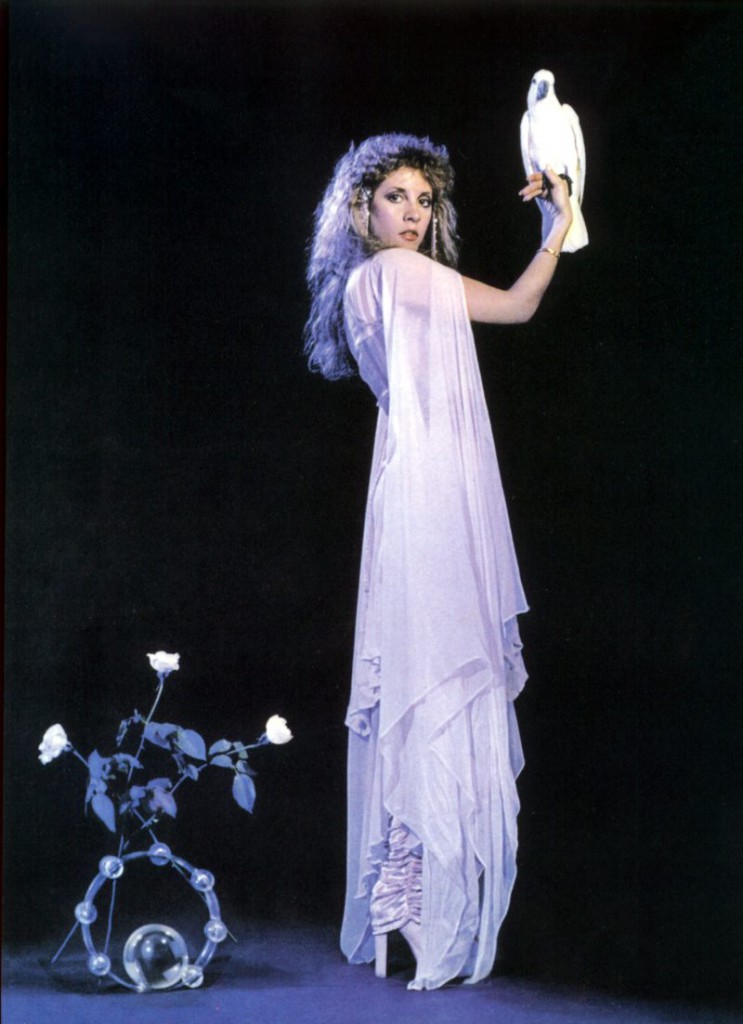 Later, Stevie said she never got to enjoy the success of Bella Donna because it hit No. 1 on the same day her dearest friend, Robin Snyder Anderson, died of leukemia days after giving birth to a premature baby. This led to a strange episode in which Stevie, wild with grief, married Robin’s widower, Kim, in a misguided effort to look after Kim and the baby, Matthew. Divorce quickly followed and Stevie didn’t see Matthew for years … but on Monday, she dedicated “Landslide” to her “stepson Matthew.” It was a nice thing to hear!