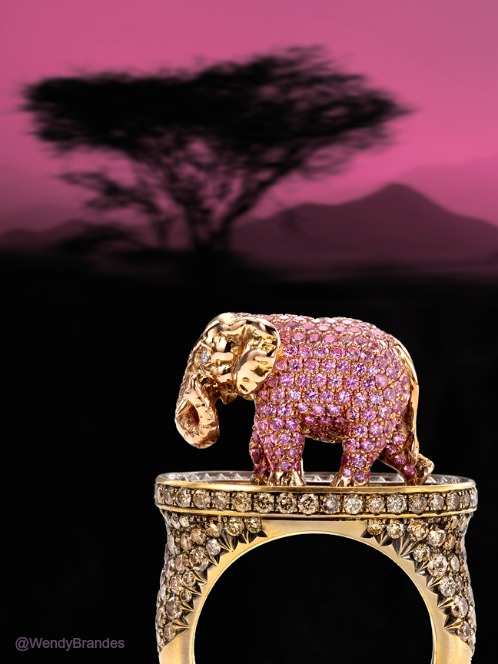 All studio photos are by Ed Parrinello of SquareMoose.

This ring is the sixth in my Maneater ring series (because of the AGTA award, the elephant has jumped ahead of the proper introduction of ring #5 on the blog; you’ll see that one next month!). When I introduced the Bull and Bullfighter Maneater ring earlier this year, I explained my Maneater concept this way:

Novelist and journalist Jack London (1876 – 1916) was the first person to write about pink elephants as a hallucination suffered by a certain type of heavy drinker. My elephant is made of 18K rose gold and covered with 262 tiny pink sapphires totaling 2 carats. (She also has white diamond eyes.) The 18K-yellow-gold shank of the ring — representing a wooden bar — is set with 174 brown diamonds weighing 2.15 carats. 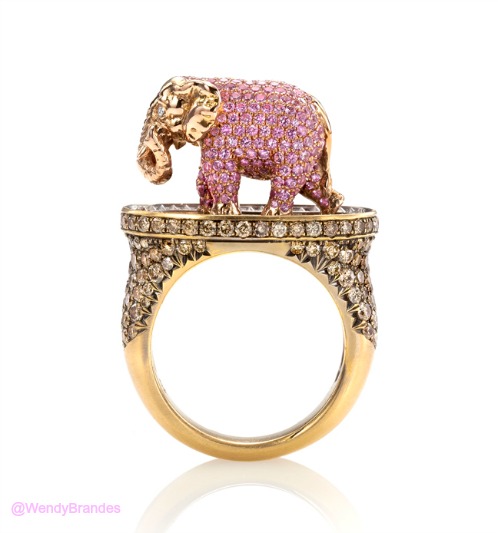 You can peek inside the ring to see the too-drunk, 18K-white-gold writer, slumped between a wine bottle and a glass that’s adorned with another small white diamond. 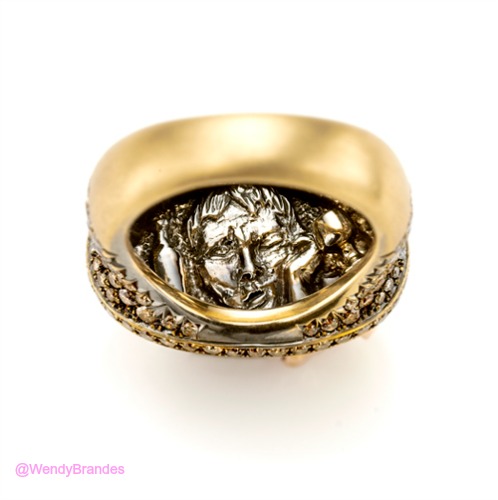 The look of the writer isn’t based on Jack London. Instead, it was loosely inspired by this photo of Cary Grant. 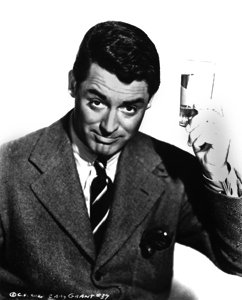 But Cary Grant looks a lot more dapper than my guy, who is really hurting.

In September, as I was finishing the ring, I started to wonder if I was as drunk as my Tipsy Writer, because I kept seeing pink elephants around New York. The inflatable pink elephant on display at Milk Studios during Fashion Week caused me to share a photo of the nearly completed ring. 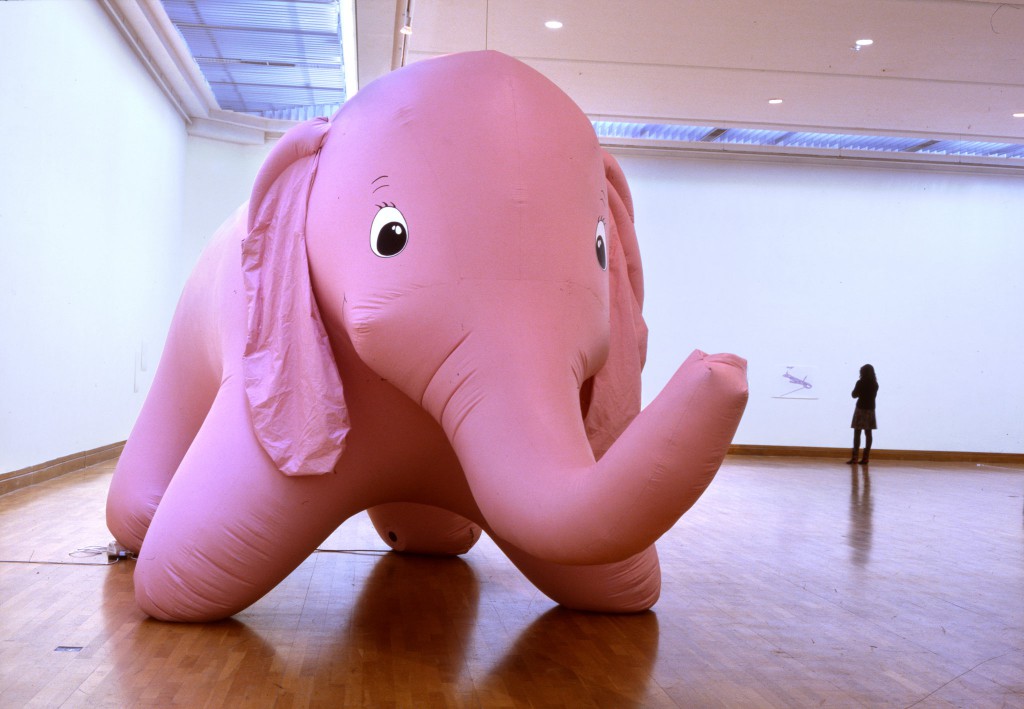 Designed by artist Tristin Lowe, via the New York Times.

The day I picked up the ring, I bumped into another pink elephant downtown. 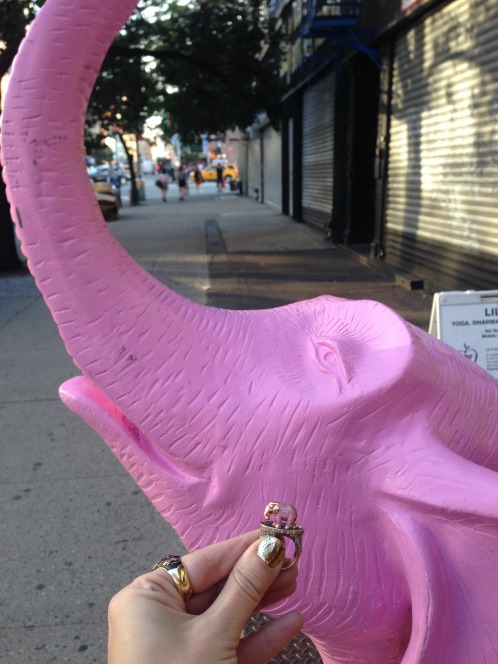 The friend who was with me saw it too, though, and she was stone-cold sober so it was all good!

My Maneater rings take months to finish. I started this one at the end of February. February 27, to be precise, as I can see from my email. I shared a lot of elephant photos from my 2013 South African safari with the wax carver. (I explain the lost-wax casting technique of jewelry making here.) I toyed with the idea of doing an elephant in a pose like this … 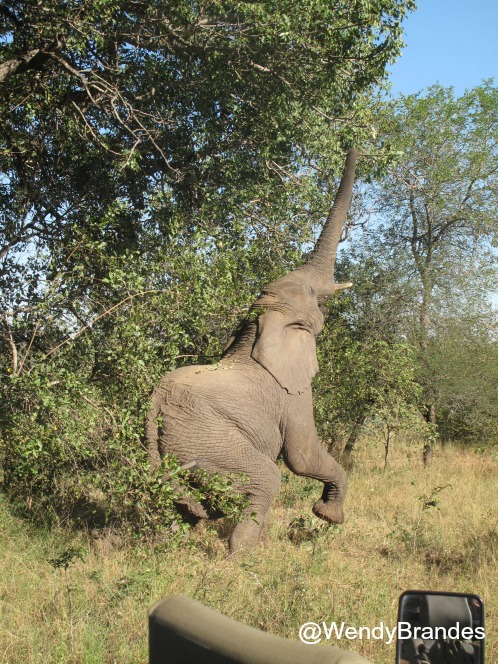 … but ultimately decided on a more traditional stance. I was already going to cover my pachyderm with pink sapphires, so I figured that was plenty fabulous enough! Here is a close-up of wax model of the elephant. 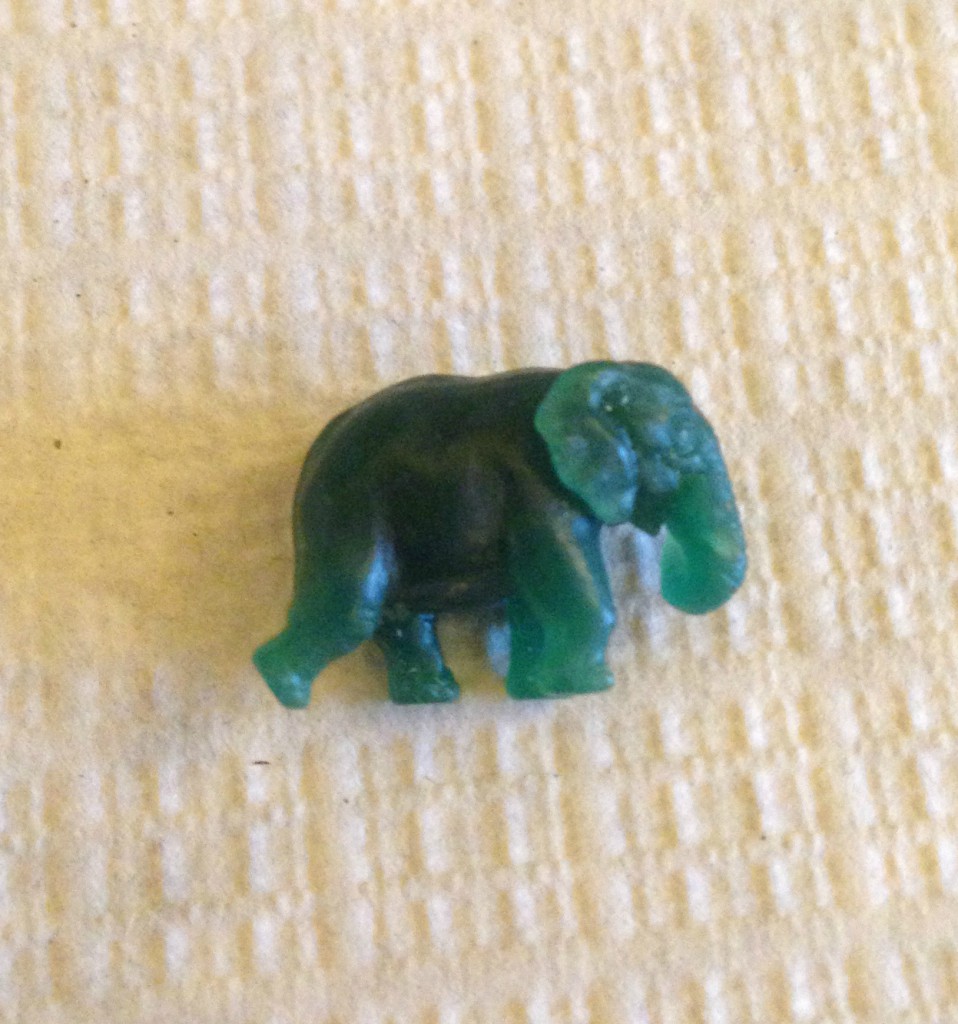 I had to custom order my one-millimeter pink sapphires, because that small size isn’t readily available. I often custom-cut stones to fit my pieces. This is because of the way I design. It’s rare for me to seize upon one big, beautiful gem and say, “I’m going to turn this into a ring/necklace/earring/bracelet.” Instead, I come up with a story and figure out how I want to express it in metal, then I source stones to fit. It’s not the easiest way of doing things, I must say, but it’s what comes naturally to me.

I looked at these samples from the gem cutter before ordering.

Here are all the wax models I made for the different parts of the ring. 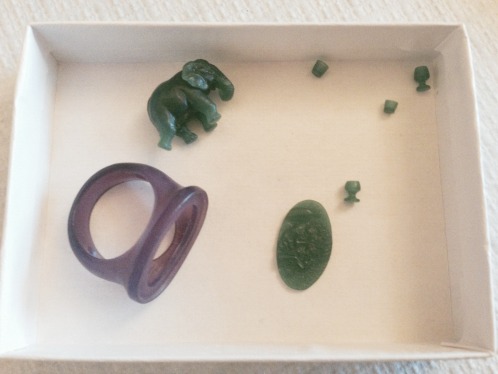 You’ll see I originally did two tiny wineglasses and two tiny tumblers. I planned to put them on the top of the “bar,” right around the elephant. But as I played around with it, I realized the glasses would distract from the elephant, so I attached just one wine glass to the writer on the underside of the shank (in the picture of the models above, the writer is the green oval). I like the 3D element that gives to the writer.

After I decided to skip the glasses on the bar-top, I set a ring of upside-down diamonds there instead. This photo shows the completed elephant and the mostly finished shank, with the holes drilled on top for the additional gems. 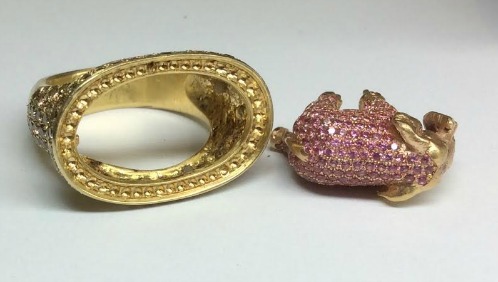 The final touch was a ruby forehead ornament. 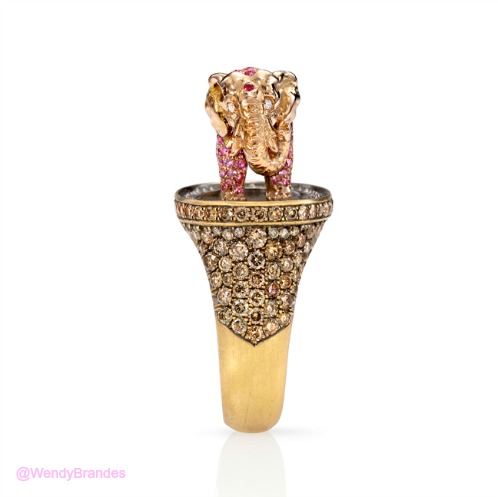 As for why I was interested in Jack London and elephants in the first place, I spoke about that in an interview with the gorgeous Erika Winter for PriceScope.

I love that Erika said she fell into a “gorgeous stupor” when she saw this ring. That’s my new favorite phrase. I definitely fell into a gorgeous stupor when I got the Spectrum Awards news.  Thanks again to AGTA for the recognition; it means so much!