When I first laid eyes on Henry the Pekingese at the ASPCA in June 2006, I immediately noticed his deformed front paw, shaky back legs and blond eyelashes, in that order. I was still mourning Mr. Chubbs, my elderly Pekingese, who had to be euthanized a few weeks earlier after his lifelong neurological disease escalated into paralysis. As a result, I was wary about taking on another dog with a chronic condition — but I didn’t immediately head for the hills because I LOVE Pekingese. 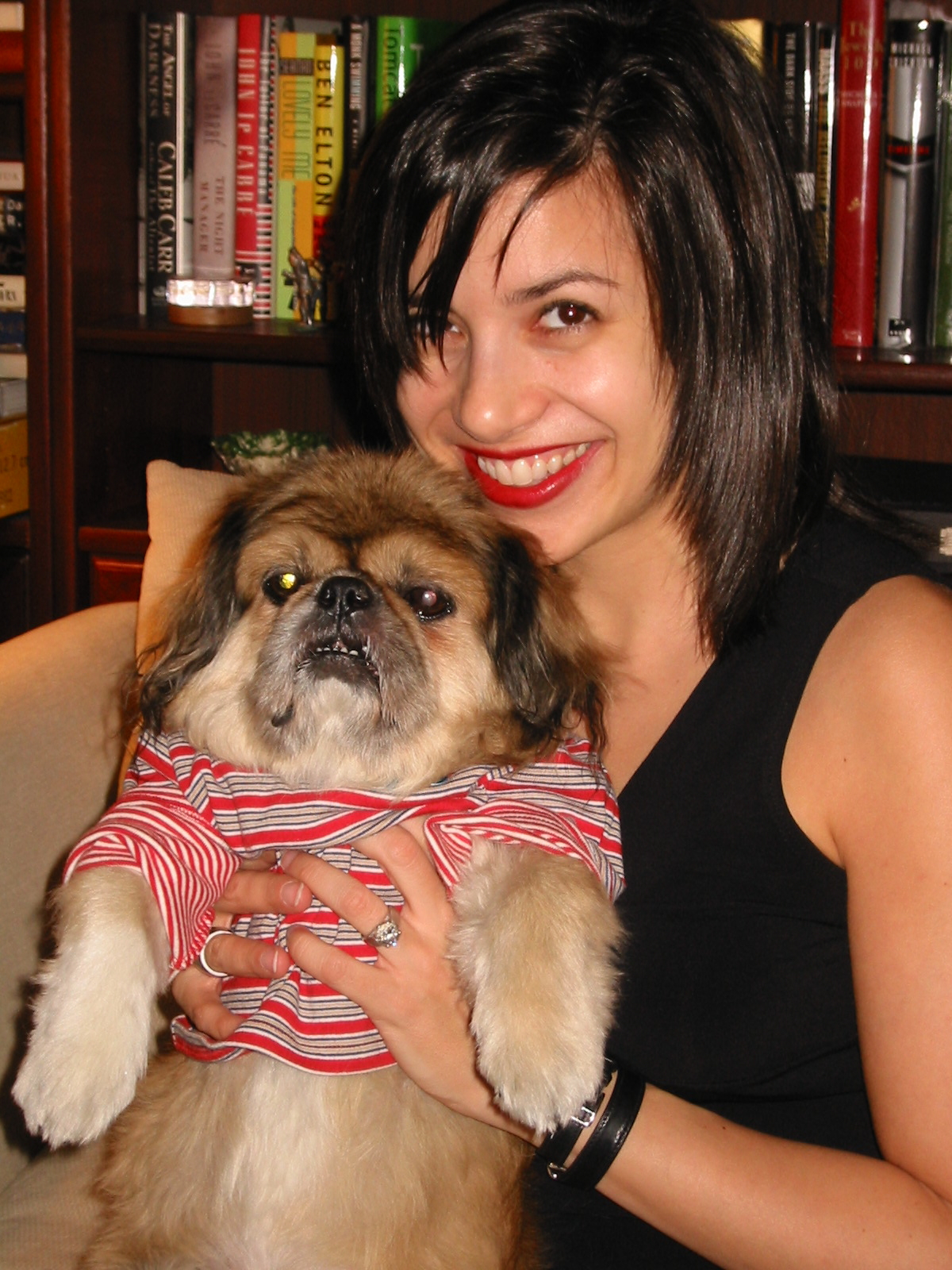 The volunteer I was working with suggested the paw could be a food allergy and the tremor could be nerves, but I know canine health problems when I see them. I asked the vets at the pound to give me a proper diagnosis before I would agree to take Henry — then known as “Sushi.”  After several appointments that ruled out allergies, viruses, fungi, bacterial infections, cancer, and injury, no definitive diagnosis had been made. Henry kept batting his blond eyelashes at me, and further resistance was futile. I took him home and renamed him after Henry VIII. 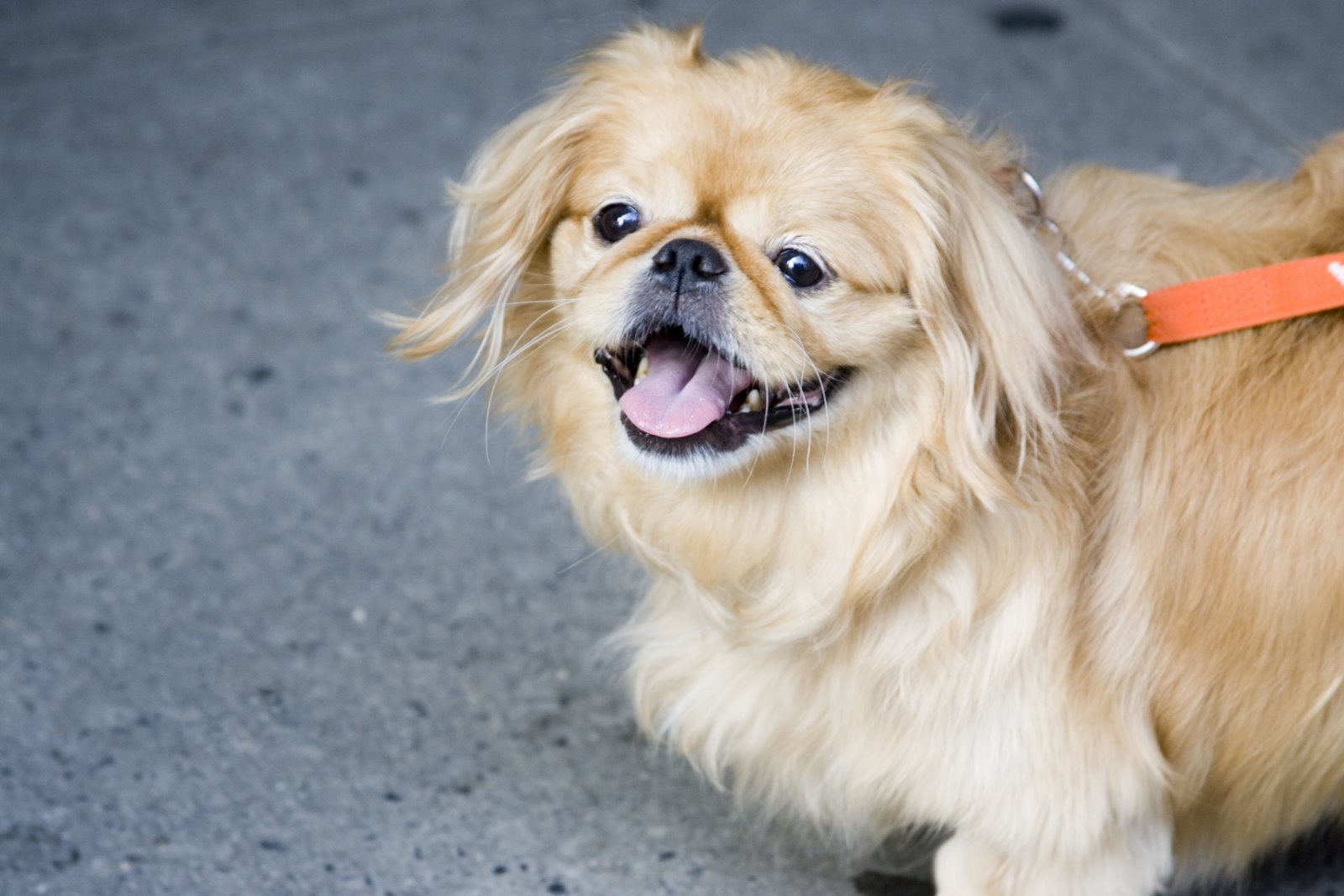 The left front paw immediately became a major issue. Ultimately, it was found to be defective in a couple of ways, involving missing ligaments and an excess of cystic tissue. The paw was easily irritated and when it was, Henry would lick it endlessly, which would lead to a worse infection. The only thing that stopped the licking was the cone of shame. After poor Henry was confined to the cone of shame for months on end, a surgeon at the Animal Medical Center adapted an operation usually performed on cystic Cocker Spaniel ears for Henry’s foot. Henry still has flare-ups, but he’s much improved and only needs the cone of shame and antibiotics occasionally.  However, on a regular basis, if anyone tries to get Henry to walk in a direction he doesn’t want to go in, he lifts his bad foot and limps ostentatiously. As soon as he’s going where he wants to go, the foot is all better. It’s a miracle!

While the paw drama was going on, the tremor in his hind legs — always identified by post-ASPCA vets as some kind of neurological problem — didn’t bother Henry. (I did nickname him “Mr. Shaky Pants” though.) Over time, the shakiness spread to his front legs, but he was still able to function normally until very recently, when I noticed he was slow to lie down and had some trouble supporting himself when he was eating. Arthritis and/or back problems that can affect older dogs in that way, but I was concerned it was related to Henry’s longtime condition, so, this week, Henry and I met with the neurology team at the Animal Medical Center. After a thorough examination, they reported to me that he had an awesome personality and was one of their favorite dogs ever.  Awww! Then the doctors told me the name for Henry’s rare condition is “orthostatic tremor,” and that when it is diagnosed at all, it’s in Great Danes and a few other giant dog breeds. Pekingese are often described as big dogs in little bodies, but this is taking it too far! Yet the symptoms all add up:

The neurologists told me there are a variety of medications — some of them meant for epilepsy — that might alleviate the symptoms. The first on the list has to be given three times a day and I was warned that, at the beginning, Henry might seem a little drunk. I hope the drunkenness passes quickly because it’s already an adventure to walk Henry in New York City. I’m not talking about the paw and the shakes. The challenge is dealing with the concerned citizens who aggressively express concern for my dog, as if I’ve never looked at him myself: “He’s hurt!” “He’s cold!” “He’s scared!” “He needs to go inside!” Some people do inquire politely. But others practically accuse me of neglect, and a small subset of those won’t even believe answers like “He’s got a birth defect” and “He’s got a neurological problem.”  It’s true that a doctor once said, “When you hear hoofbeats, think of horses, not zebras,” and that’s good advice. But that doesn’t mean that zebras don’t exist! 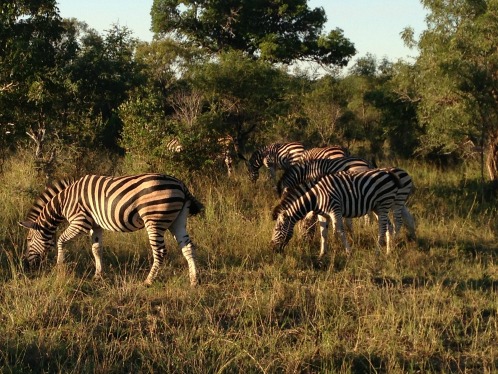 I photographed these zebras in South Africa, where I also saw an “impossible” swimming monkey. Click for the monkey story.

Orthostatic tremor occurs in humans too. Like the canine version, the condition is very rare, though possibly underdiagnosed. It’s much more debilitating in people, plus there’s social stigma. People who suffer with OT have to cope with everything from stares to accusations of drunkenness and drug use. And that brings me to the real reason for this post. My experiences with both canine and human health conditions are a never-ending reminder to me that I am not an expert on everyone who walks down the street. 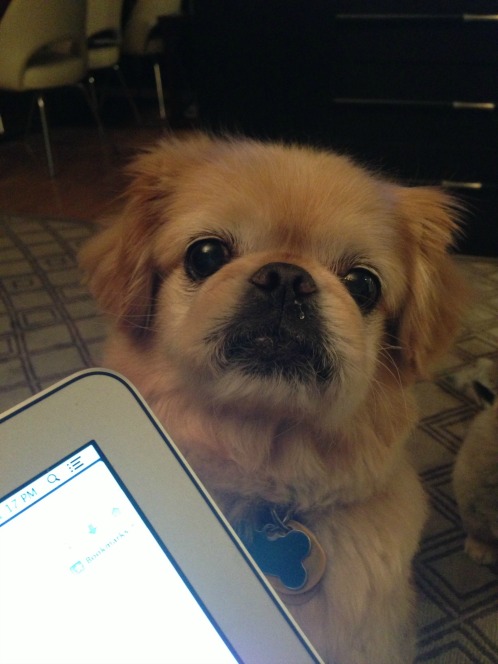 It’s worth remembering that slow walkers could be awaiting hip-replacement surgery; “scary skinny” people could be suffering from gastrointestinal disease;  nonsmokers do get lung cancer; coughers could be suffering from asthma, not the flu; shaking people aren’t always high; and wobbly dogs aren’t necessarily being abused or neglected. Everyone’s got his or her own story, as Henry Wadsworth Longfellow wrote more eloquently in Hyperion: A Romance, “Believe me, every heart has its secret sorrows, which the world knows not, and oftentimes we call a man cold, when he is only sad.”

Other times, we say a dog is blowing us a raspberry, when he is only showing off his gorgeous pink tongue. 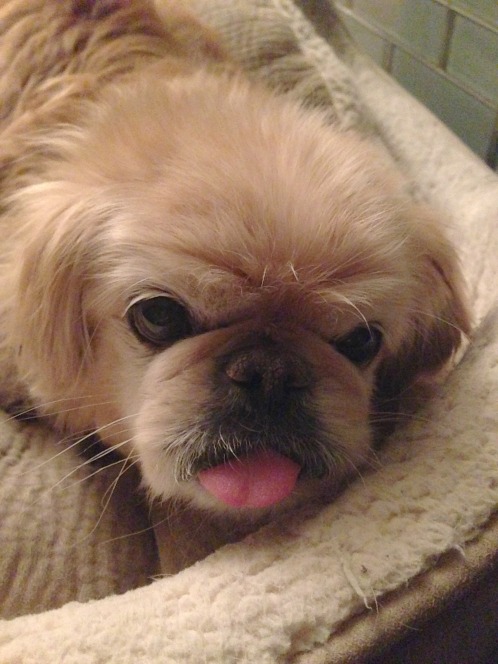 Henry likes to relax with his tongue out.

You might also like
What Wendy Wore: The Blogversary Sweater
Another Interesting Sighting in Los Angeles
Blogs Are Getting So Much Respect...
Previous Post: « What Wendy Wore: Meeting Bloggers Past and Present
Next Post: For Grammy Night: Six Degrees of Ringo Starr »