The Committee to Protect Journalism has posted the biographical videos (produced by Univision) and acceptance speeches for three of Tuesday’s International Press Freedom Awards honorees. Here are the links for television reporter Janet Hinostroza of Ecuador; humorist Bassem Youssef of Egypt; and newspaper reporter Nedim Şener of Turkey.

As I mentioned yesterday, Nguyen Van Hai, the Vietnamese blogger known as Dieu Cay, wasn’t there to give an acceptance speech, because he’s serving a long jail sentence for daring to criticize Vietnam’s government. His son was interviewed via Skype for this video, and I urge you to watch it now. (Warning: Everyone around me was crying after this one aired at CPJ’s dinner.)

You can sign CPJ’s petition to free Dieu Cay here.

I previously posted my iPhone recording of MrB’s acceptance speech for his lifetime achievement award, but if you prefer to read the text, it’s now available both on CPJ’s site and ProPublica’s site. If you want to laugh your tits off, read some of the comments on ProPublica. I generally avoid reading news-site comments because they make me despair for humanity, but you gotta love the logic of a certain Shannon Oberlien, who starts out by saying, “If outfits like ProPublica weren’t so obviously in the pockets of the current administration …” in response to a speech by ProPublica’s founding editor that’s criticizing the current administration for an unprecedented level of secrecy and surveillance. Shannon goes on to claim that a “partisan press corps chills a free press far more effectively than does” a secretive government. Maybe Shannon will view the awardees’ videos — especially Dieu Cay’s — and see how very effective governments are.

If you’re more interested in sexiness than comedy, skip the comments and watch my beloved Sam Waterston‘s appeal for donations to ProPublica, which is a nonprofit, non-partisan investigative journalism organization.

You have to have a heart of stone to resist those eloquent eyebrows.

UPDATED TO ADD: Amanda Gordon covered the CPJ dinner for Bloomberg, and her story included a photo of me and my friend Steve Newhouse … 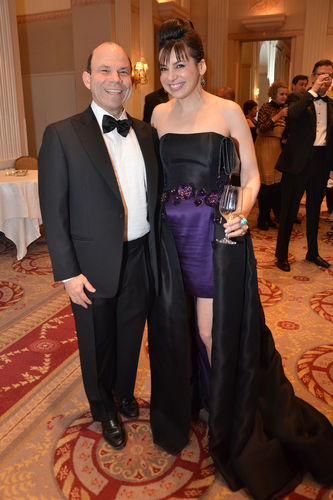 … and one of MrB with our friend Barbaralee Diamonstein-Spielvogel. 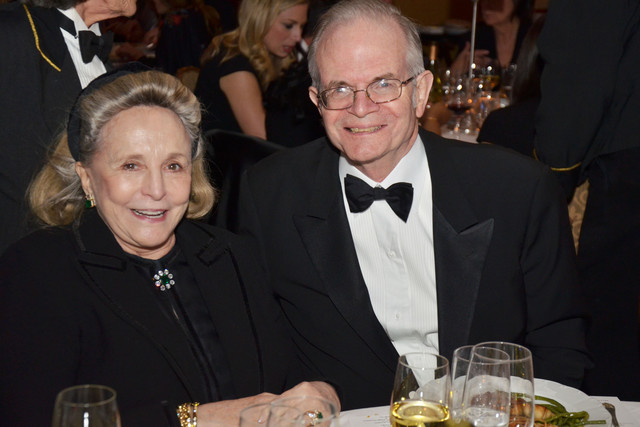 Also, Christie Chisholm wrote about the awards for the Columbia Journalism Review, and I wound up in her story because I helped her button her dress.