Fashion Group International is a nonprofit organization that focuses on the business of fashion and design. It’s near and dear to my heart because I received FGI’s Rising Star Award for fine jewelry last year. I’ve posted this video before but, hell, I’m going to post it one more time.

Getting that kind of recognition is the kind of thing that makes a new designer think, “Yeah, I can hang in here a little while longer,” so I give FGI a lot of credit for keeping me motivated. All the Rising Star Award winners I’ve spoken to have said the same thing.

In addition to the Rising Star Awards, FGI has many other events including a black-tie Night of Stars Gala. This year’s was held last night at Cipriani on Wall Street. Alas, the tickets for the dinner sold out before I could snag any. I should have expected that with a list of honorees that included Marc Jacobs and his business partner Robert Duffy; designers Angela Missoni, Alexander Wang, and Christopher Kane; and former Paris Vogue editor Carine Roitfeld. But what really made people wild was the late-breaking news that Miley Cyrus would present the Superstar Award to Jacobs and Duffy.

At least I was able to get tickets to the cocktail hour, so off I went with designing friend Stacy Lomman. Stacy wore her own design, of course: a corset and high/low tulle skirt that was recently presented on the runway at the Gold Coast Fashion Award Show in Chicago. 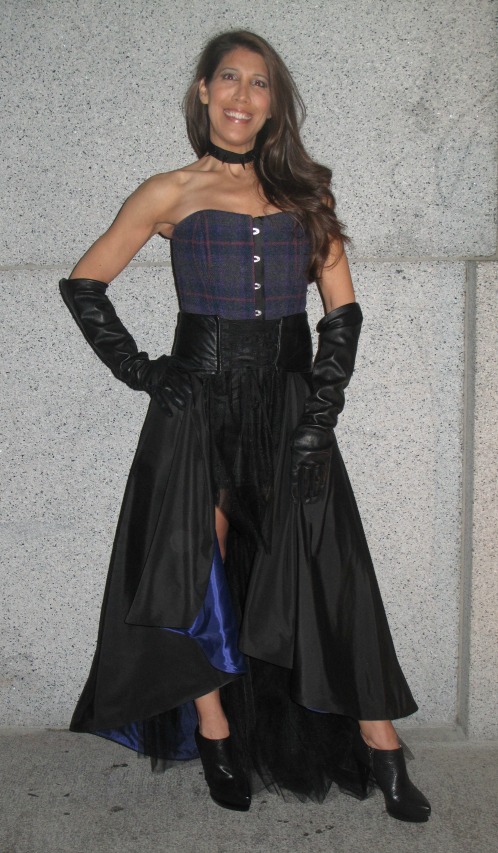 She made the spiked choker she’s wearing, too.

I opted for a vintage Moschino that I got from gorgeous Cherie at Shrimpton Couture. It first appeared on this blog in 2010. I figured it was especially appropriate for an event where I couldn’t stay for dinner. 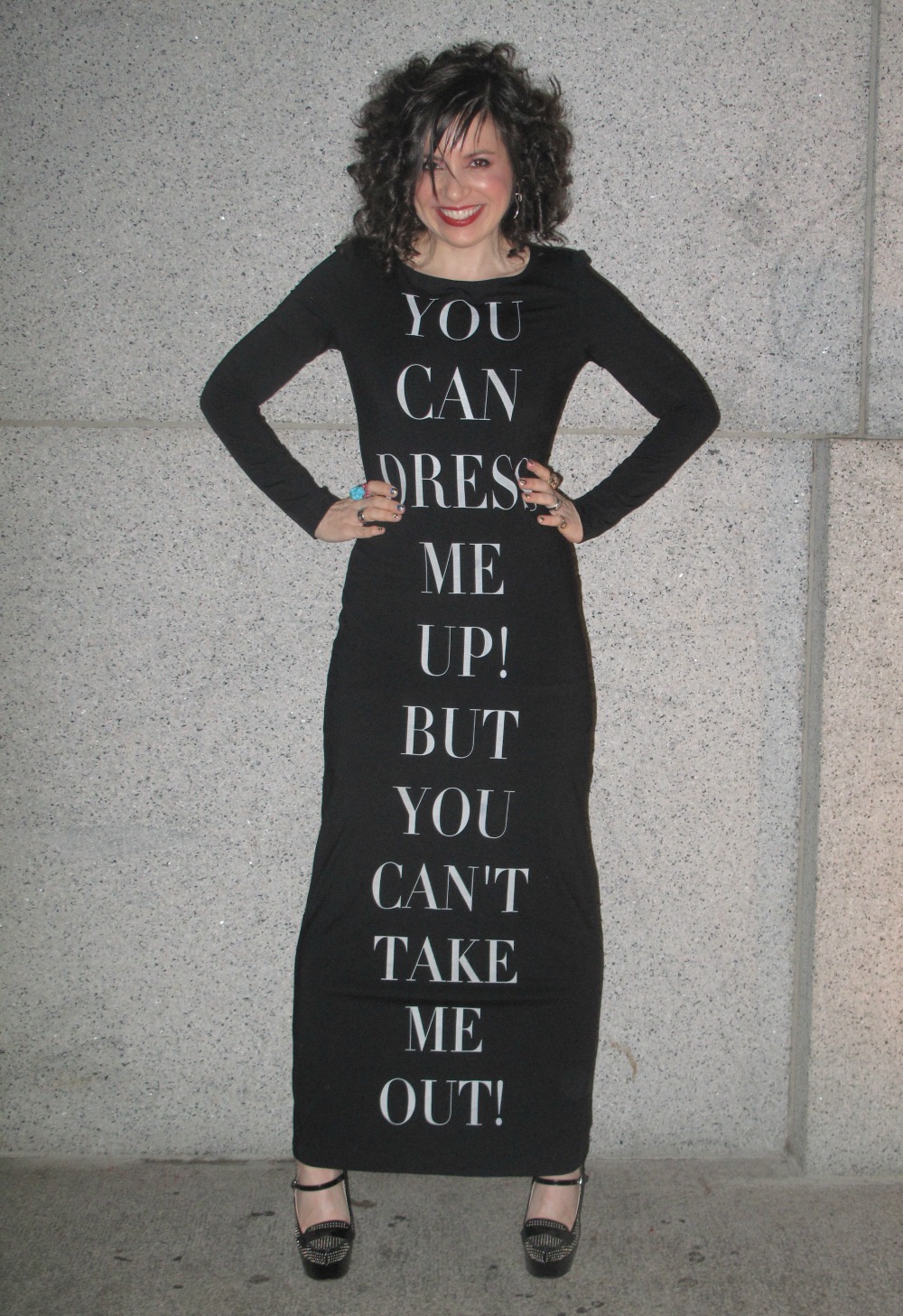 It’s finally getting a little chilly, so I wore the Stacy Lomman faux ostrich vest that I wore to this year’s FGI Rising Star Awards. 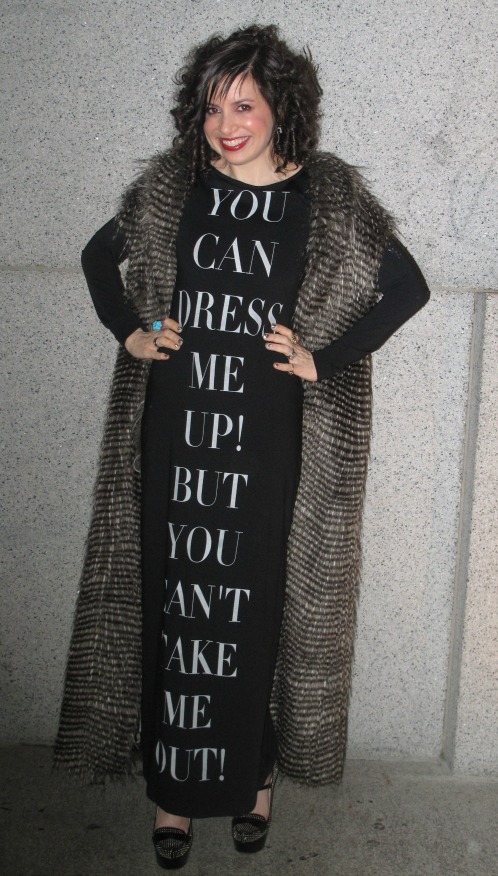 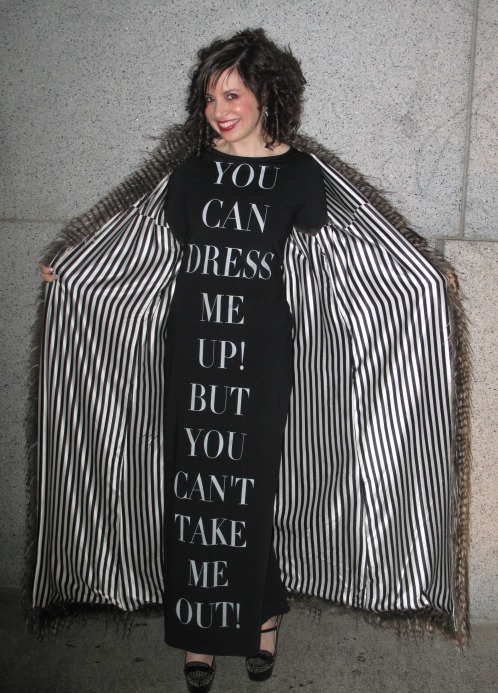 I also wore a new ring design that will soon be unveiled on the blog. 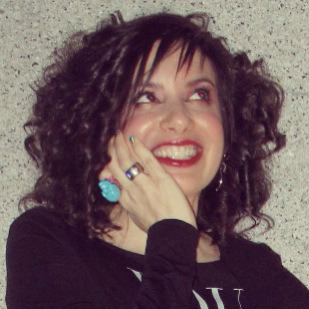 Goofing around to show off my ring.

Being there for cocktails turned out to be perfect for us. We drank Bellinis, chatted with most of the friends we wanted to see, and made some delightful new acquaintances. Then, as we were about to leave, we were swept up in a stampede of security people. Miley Cyrus had arrived at that very moment. We joined the scrum of photographers to take her picture. Stacy took this one. 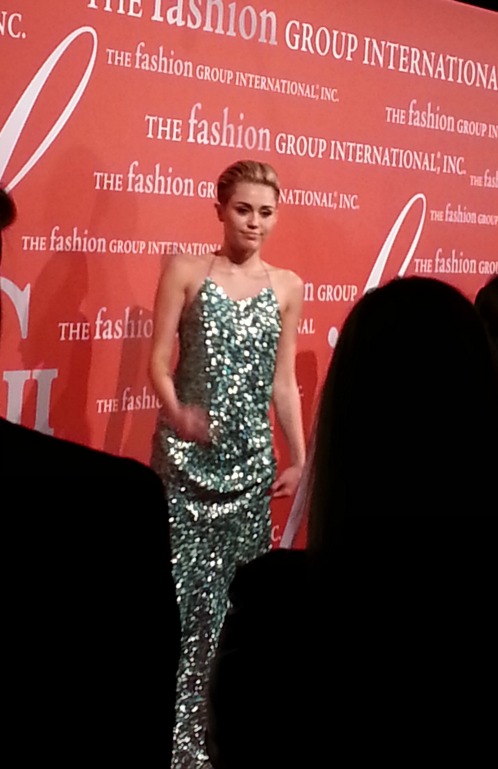 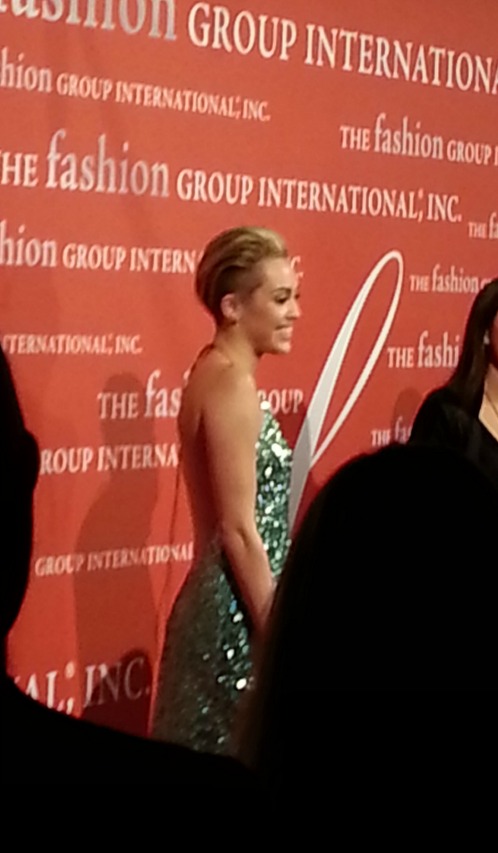 After that excitement, we went to the Beatrice Inn and had Champagne and hamburgers. The dinner of champions! Or, at least, the dinner of cocktails-only ticket holders.