Here’s the final walk of the show, followed by Zang’s bow. (You can hear the couple sitting to my left discussing which dresses they like and why the models weren’t smiling.)

One of my favorite models, Georgie Badiel, wore an ethereal blue gown. Georgie brings out the drama in a gown like no one else.

I was saving my latest and greatest Zang outfit for his showroom party two days later, so I had to wear a non-Zang look to Zang’s show. At least that gave me an excuse to put on my new JC de Castelbajac dress one last time before summer’s end. 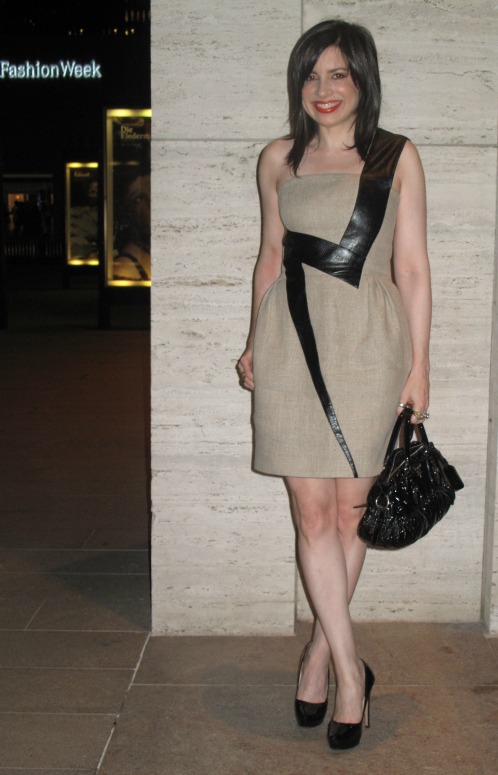 I was still in the “let’s wear all the summer dresses!” mood the following night too, so I wore last year’s favorite dress to dinner with friends. 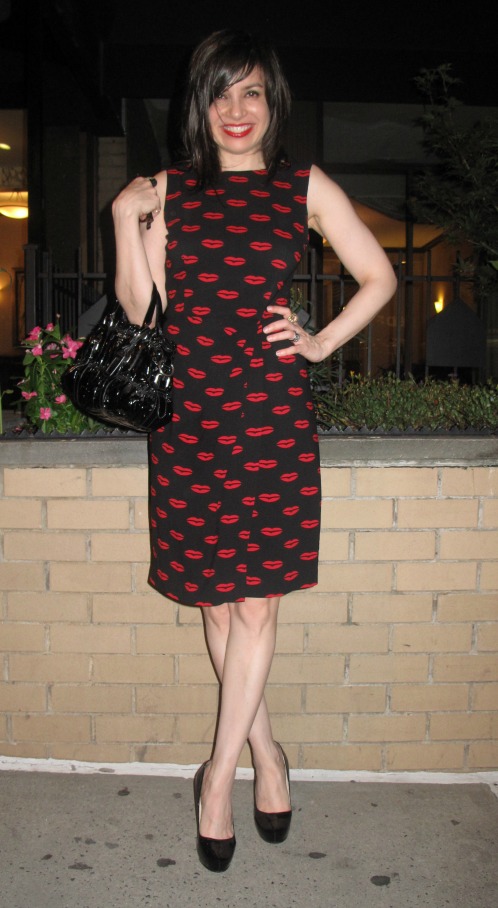 There are a few more summer dresses I’d like to wear again before the weather really changes and I have to get the winter coats out of storage. I guess I better make some social plans for this week!

You might also like
What Wendy Wore: Head-to-Toe Zang Toi
What Wendy Wore: Valentine's Day Fail
A Conversation With My Sister
Previous Post: « Recommended Reading and the Week in Review
Next Post: Pop Divas and Rolling Stone »