I was reading music magazine The Fader’s cover story on rapper Mac Miller and the first anecdote resonated with me. 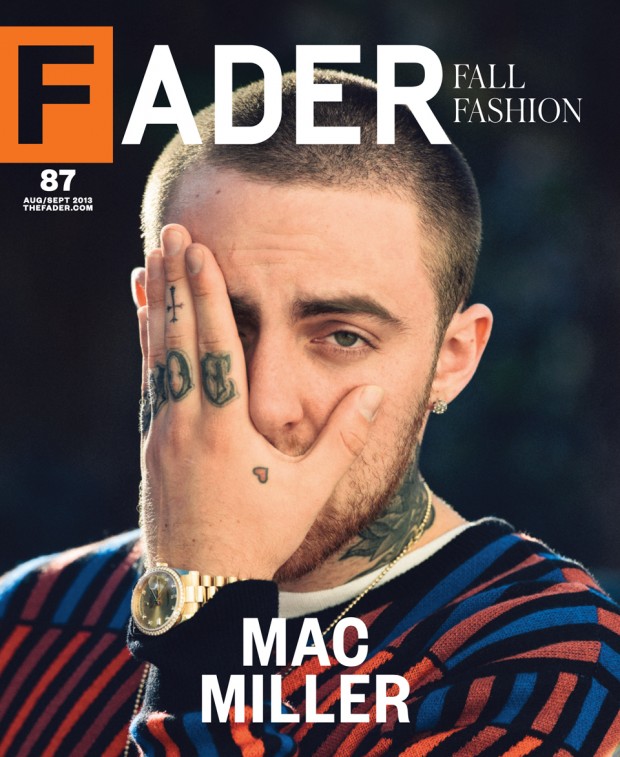 Click for more information on this issue of The Fader magazine.

The story starts with Miller hunting for copies of his second album, Watching Movies with the Sound Off, in Target, the day after the album’s release. The store nearest his home in Los Angeles had one copy. “Mac dutifully gave it to a fan before confirming that this Target, and presumably all Targets nationwide, had only ordered somewhere between six and 10 copies each,”  The Fader’s Andrew Noz writes. Noz continues:

“Mac is mystified at that number, considering that his previous effort, 2011’s Blue Slide Park, sold 145,000 copies in its first week and was the first independent album to debut at the top of the Billboard charts in 16 years. Conversations with Target staff proved less than enlightening. ‘They told me that they do algorithms,’ he laments. ‘I was like, Word…uh…just take my album and put it in an algorithm. All this hard work just for a fucking algorithm!'”

That’s what it’s like in any creative industry.  After you put your heart and soul into your work, it probably won’t be reviewed by anyone who dares to go with his/her gut, like famed stylist and fashion editor Polly Mellen, who took to heart the advice of her mentor, Carmel Snow: “Go see every designer everywhere. You never know where the next talent is coming from.” There aren’t many people like Mellen anymore, but there are plenty of people who hire computer programmers to try to tell them what will sell. What really amused me about the Miller situation is that even if the limited inventory sells out, Target can theoretically say, “But you only sold six units per store! That’s not enough!” (I’ve got an email in to Target to try to confirm the number of units carried per store.) That kind of math reminds me of the logic of a humorous birthday card I saw that said, “Statistics show that people with the most birthdays live the longest.”

I was looking for cards because yesterday was MrB’s birthday — lucky number 71! We celebrated with dinner at one of our favorite restaurants, Balthazar. While studying the menu, MrB chuckled over the $2,000 price tag on a “Balthazar” of Champagne, but I was like, “Hold up, Mr. Laugh-Head.” A Balthazar is an oversize bottle equivalent to 16 regular bottles of Champagne, or 96 glasses (by some counts). That’s about $21 a glass, so it is not a bad purchase for high-end restaurant bubbly. We still didn’t buy the Balthazar at Balthazar, however, because we weren’t in the mood to consume 48 glasses each. Not on a school night, anyway.

I wore my new favorite dress for the occasion: the pleather-lightning-bolt Castelbajac that I got in Paris this summer. I like the belled shape of the skirt. It’s different for me. 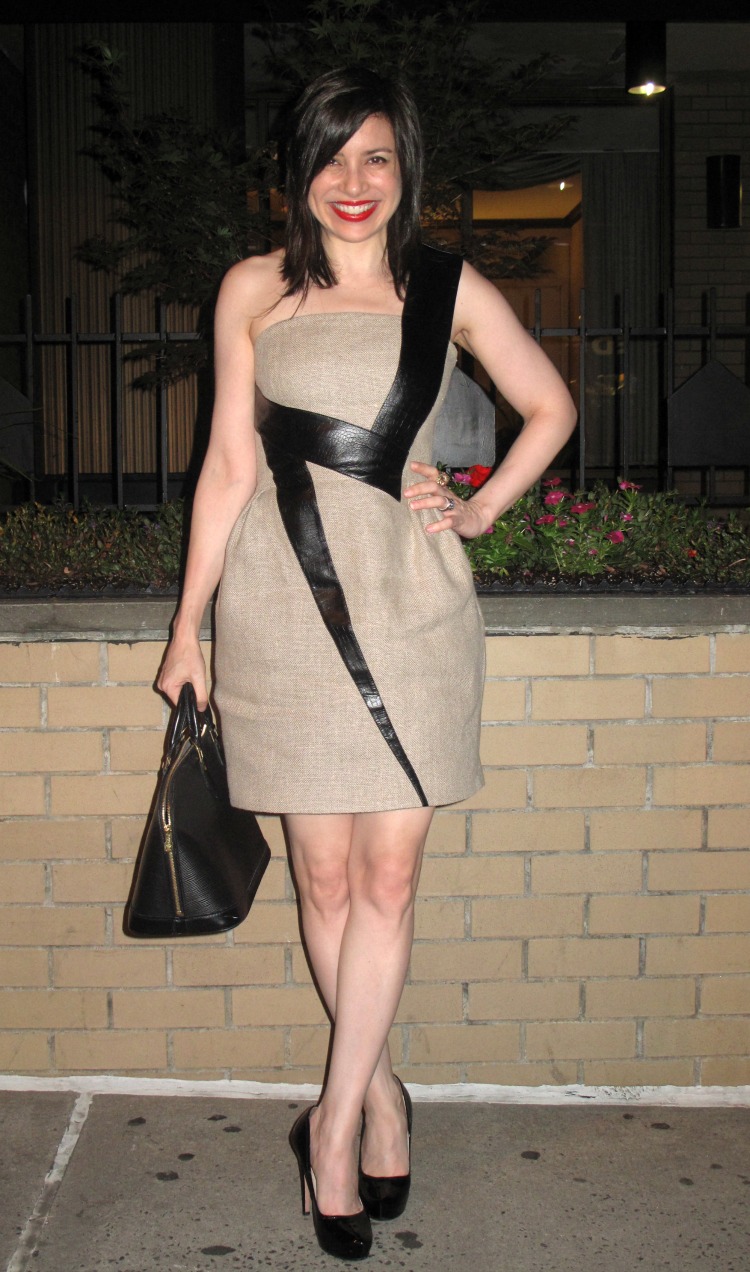 Going back to my thoughts on selling creative work, yesterday I also took note of an item in the New York Times, announcing that first-time novelist Sergio De La Pava was the big winner in the 2013 PEN Literary Awards. De La Pava got the $25,000 PEN/Robert W. Bingham Prize, given to a promising debut work of fiction. The Times said:

“A Naked Singularity, Mr. De La Pava’s nearly 700-page novel about a public defender, has a remarkable history. Originally self-published in 2008, the book slowly generated buzz on blogs before being picked up by the University of Chicago Press, a distinguished publisher not known for its contemporary fiction.”

This jumped out at me because I know someone who is shopping around a novel. “Helpful” feedback has included remarks along the lines of “no one will ever publish a 600-page book by a first-time author.” Well, I guess De La Pava proved that wrong. My writer friend has also heard “multiple points of view will never sell.” For that, I can only respond with, “Let me introduce you to A Game of Thrones.” I’m happy to say my writer friend isn’t perturbed. She calmly said to me that people who are afraid to form their own opinions or to verbalize the ones they have will instead offer specious “facts” to justify their decisions.  Or, in the case of large retailers, “algorithms.” I’ll have to keep this in mind next time someone tells me my IDGAF/skull-heavy jewelry line is “mainstream.”

At least these days, creative people have more ways to reach the public directly. There is self-publishing for writers, mixtapes for musicians, YouTube for aspiring comedians, e-commerce websites for jewelers and so on. It’s nice to be able to cut out the middlemen!

You might also like
Happy New Year! With Throwbacks to 1994 and 2004.
Latex-Look Leggings and PVC Pants
New York Style Icon: Post-Punk Scenester Anya Phillips
Previous Post: « Get Your Bespoke Jewelry From Wendy Brandes!
Next Post: Try Wearing Just One Earring … Made by Wendy Brandes »