Ten days ago, the Internet was in an uproar after Beyoncé Instagrammed a picture of herself sporting a 1980s-perky-news-anchor pixie cut. 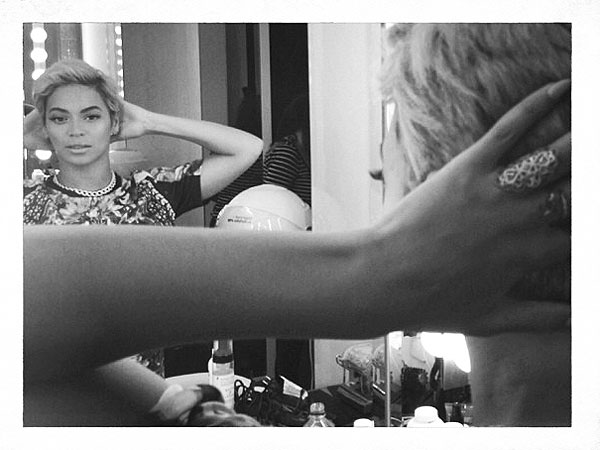 Everyone was all excited, debating whether she’d taken out her weave or cut her real hair. I was skeptical, though. Having lived through Kim Kardashian’s short hairdo Instagram in 2012 (actually a wig for a Vogue Italia shoot), I didn’t think the new ‘do would be around for long. Not everyone appreciated my input! 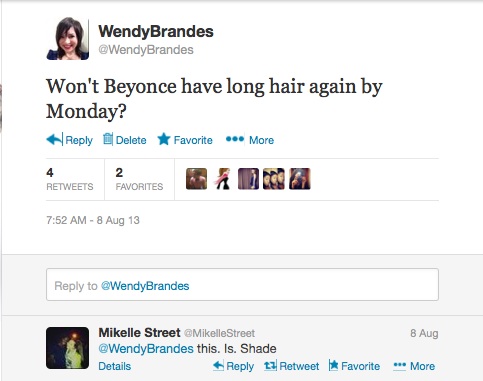 The Monday in question would have been last Monday, August 12. I was off by only four days. Ha! By Friday the 16th, Beyoncé was wearing her hair in a bob. 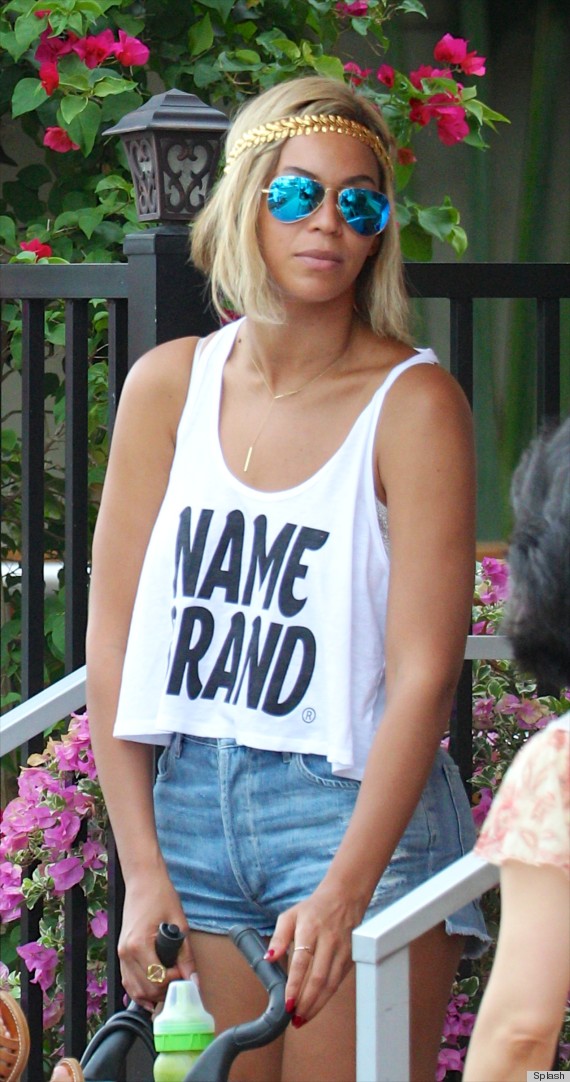 I like Beyoncé. Hell, I paid good money for tickets to her concert at Barclays Center earlier this month. But I just can’t get behind what the highlarious Michael K of gossip site Dlisted would term a STUNT QUEEN (all caps mandatory!) hair move. Getting everyone talking but not even having the nerve to stick with the look more than a hot minute? How Kardashian of you! This is why I give big props to Rihanna, who courts attention by constantly changing her hair, but is at least seen out and about in each style for days or weeks. A recent short, curly style lasted about two weeks. She seems to have switched it up for a short, punky mullet. Edgy! I approve.

Meanwhile, I felt very much in style this week. The New York Times published a big article about “bespoke” (custom) jewelry and The Cut blog had a short post about single earrings — both things I’ve been selling for a while. And those stories came out the same month that JCK Magazine mentioned me in a blog post about word jewelry! So stick with me if you want to stay on trend in the jewelry department. Here’s what was on the blog this week, including the bespoke and single-earring posts:

You might also like
A Met Gala In Memoriam: André Leon Talley
The Weeks in Review
Obsessions. Some Old, Some New.
Previous Post: « Try Wearing Just One Earring … Made by Wendy Brandes
Next Post: LOOK! This Is Funny to Me. »