Twenty-six years ago today, I saw Duran Duran at Madison Square Garden. I saved the ticket stub in a scrapbook. 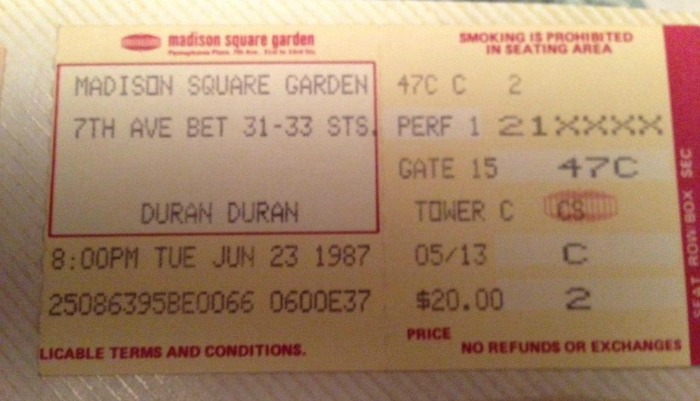 I also saved two clippings about the after-party at the Cat Club because I was there. I went to the concert with a music critic from a New Jersey newspaper. She’d been invited to the after-party but was dubious about going, especially accompanied by a 19-year-old who looked 15 (me). She figured the band would be huddled in a VIP area and it would be a waste of time smuggling me past the bouncers. I told her I had a strong feeling we should go — I believed seeing Palladium DJ Anita Sarko in the MSG audience was an auspicious sign — and I was right because the band performed at the Cat Club!  Oddly, I have a more vivid memory of boldly making my way to Anita Sarko to shake her hand and declare myself a huge fan than of the Cat Club concert. Maybe I was so excited by the mini-concert that the relevant brain cells burst from happiness. That said, I swear to God that I was not the “Duranie in heat” described in Michael Musto’s highlariously bitchy Village Voice article below. Wait a minute! I’m going to take a cue from Nile Rogers, who is a very smart man. If it looks good in print, please say I WAS the Duranie in heat. 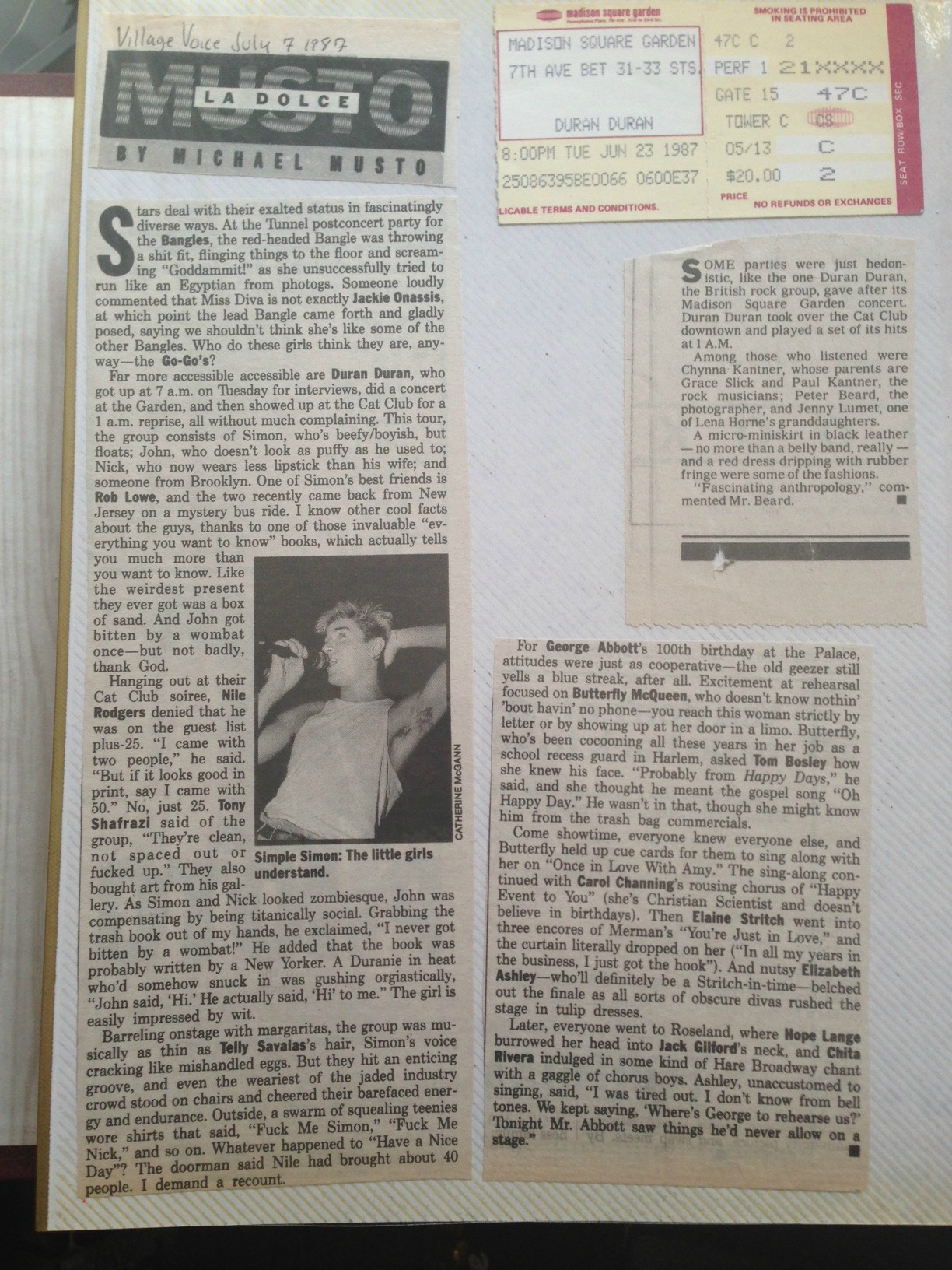 The Village Voice laid off Michael Musto this May. He’d been writing his column there since 1984. (Happily, he’s got a new gig already.) As a teenager, I wanted to grow up to be Michael Musto: a gay man hanging out with famous people and writing about it. Before that, when I was in elementary school,  I wanted to grow up to be (what we then called) an “Indian brave.” Damn. People tell you that you can be anything you want, yet somehow I failed to become a man of either the Native American warrior or fabulously homosexual variety. WHAT HAPPENED TO MY LIFE?!?

UPDATED TO ADD: Love Duran Duran? Read my 2012 tribute to Nick Rhodes here. And here’s a picture of my 1984 tour t-shirt.

UPDATED AGAIN TO ADD: I’ve always been amused by Twitter bios that include factoids like “So-and-so celebrity tweeted me on XYZ date!” But now that Duran Duran HQ has tweeted … 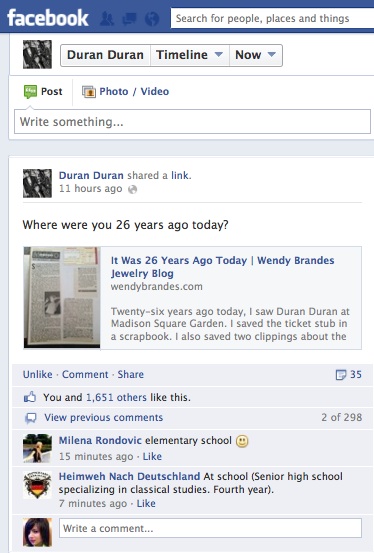 … I understand the desire to share! No, I’m not going to put it in my Twitter bio, but I will say “hi!” to all the Durannies stopping by. If y’all are interested in other ’80s stuff, I share some personal style photos in my Throwback Thursday posts. And here’s a picture that I was saving for a future post, but there’s no time like the present for reminiscing about this pink-and-white Duran Duran jumper, which I wore while playing ping pong in an artfully decorated basement. 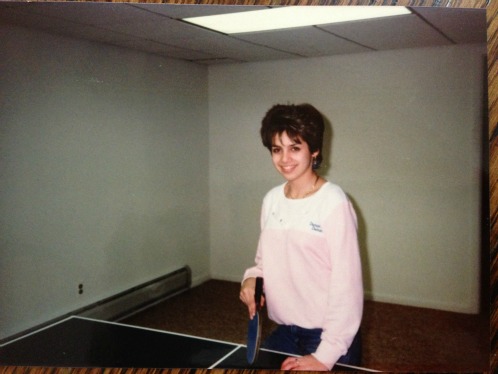 It’s hard to read the band’s name on the upper left side of the top, but it’s definitely Duran Duran. I had forgotten all about this top, but as soon as I saw the photo, it all came rushing back — how I got it on my first trip to England and how long I brooded over which was the right top to purchase. It’s like it was yesterday!

UPDATED YET AGAIN TO ADD: How did I miss this Nick Rhodes interview with GQ in April? I love what he says about ’80s fashion at the end:

A man after my own heart.

You might also like
Jaded
The Waiting Is the Hardest Part of Coachella
Throwback Thursday: 1996 Dress, Hair and Photobomb
Previous Post: « Customer of the Day: Karen D. and Her Bat Necklace
Next Post: What Wendy Wore: New Castelbajac Dress in Paris »