When I travel to a big city, I usually get the updated Fodor’s guidebook to bring along. (Out of all the guidebooks I’ve tried, I like that series the best.) I forgot to get the 2013 book for my visit to Paris last week and wound up trying the app as well as the website. Those were okay.  However, I am sure the books have suggestions for day trips outside of Paris and when I tried looking those up online, I kept winding up on message boards instead of official Fodor’s commentary. On the message boards, I saw people browbeating innocent first-time visitors to Paris for having the couilles to even think about wresting themselves away from the City of Light for a day to go to somewhere as unimportant as, say, Versailles. It wasn’t quite as bad as the great Bastille Day/quatorze juillet rant of 2009, but it still made me think of something I’ve quoted before from TV/movie writer Aaron Sorkin: “While everyone deserves a voice, not everyone deserves a microphone.”

I personally wouldn’t discourage someone new to Paris from taking a little trip outside the heart of the city. It’s not like someone visiting New York and deciding to visit Mahwah, N.J., for a day. I would certainly discourage that kind of foolywang travel plan. Unless, that is, you’re a completely obsessed Bruce Springsteen fan who has to visit the town that inspired “Johnny 99.” For anyone who isn’t stanning for Bruce, there’s nothing to see in Mahwah. Outside of Paris is different. There are lots of historically and artistically important places to see. This time I decided on Chantilly, which is about an hour’s drive from Paris. There’s a magnificent chateau; a park designed by André Le Nôtre, who also designed the landscape of Versailles; an art museum that contains the biggest collection of pre-1850 paintings in France after the Louvre; and a fascinating series of stained glass windows telling the tale of Psyche and Cupid. 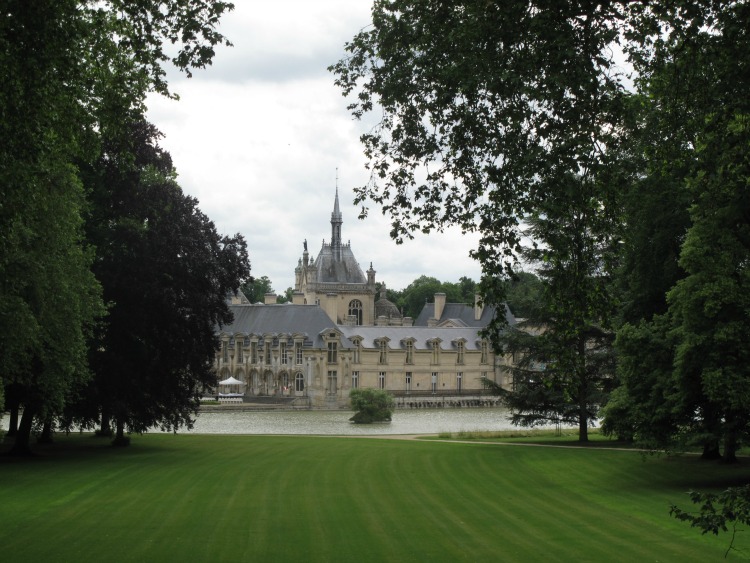 A view of the chateau.

The Great Stables at the chateau were built in 1719 at the request of Louis Henri, duke of Bourbon, Prince of Condé. Legend says the prince believed he would be reincarnated as a horse, so he instructed architect Jean Aubert to design stables that would be suitable for a horse of the prince’s rank. The stables still house horses, ponies (I liked the tiny Shetland ostentatiously named Ramses le Grand), at least one donkey and some chickens. I don’t know if any of the animals are reincarnated royalty. 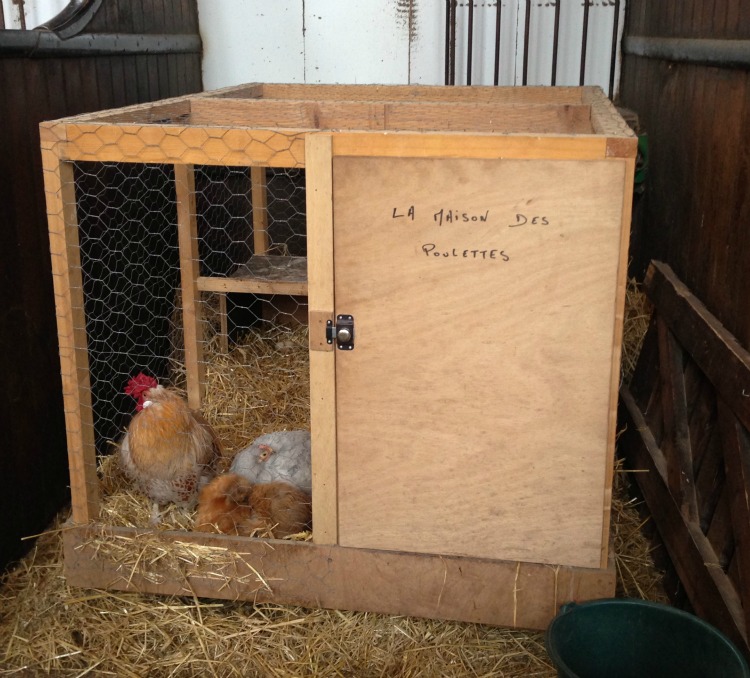 The writing on the coop made me laugh.

There are dressage demonstrations and an interesting horse museum at the stables.

Another peculiar Chantilly story is that of Francois Vatel, the majordomo for Prince Louis II de Bourbon-Condé, who was responsible for organizing a banquet for 2,000 people held in honor of Louis XIV in 1671. According to a letter written by Madame de Sévigné (who was a great letter writer), Vatel was so upset by the lateness of a seafood delivery that he stabbed himself to death … just as the fish was being delivered. Merde!

But I think my favorite fact about Chantilly might be that it’s the place where Chantilly cream — aka whipped cream — was invented. Having Chantilly cream in Chantilly is like drinking Guinness in Dublin. Sublime! 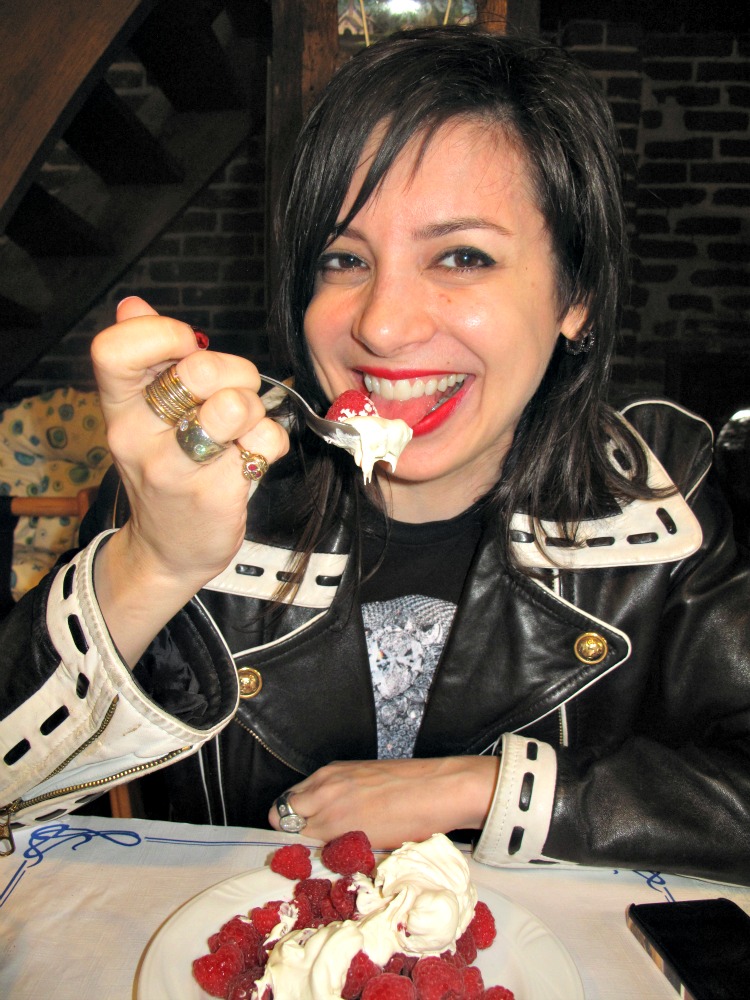 The only important Chantilly thing that I missed seeing was Chantilly lace. I’ve got the song by the Big Bopper stuck in my head anyway.

MrB and I had a great time in Chantilly — even on a cold, windy and wet day — and got back to Paris in time to browse the stores on Rue du Faubourg Saint-Honoré and pick up some macarons from Ladurée. 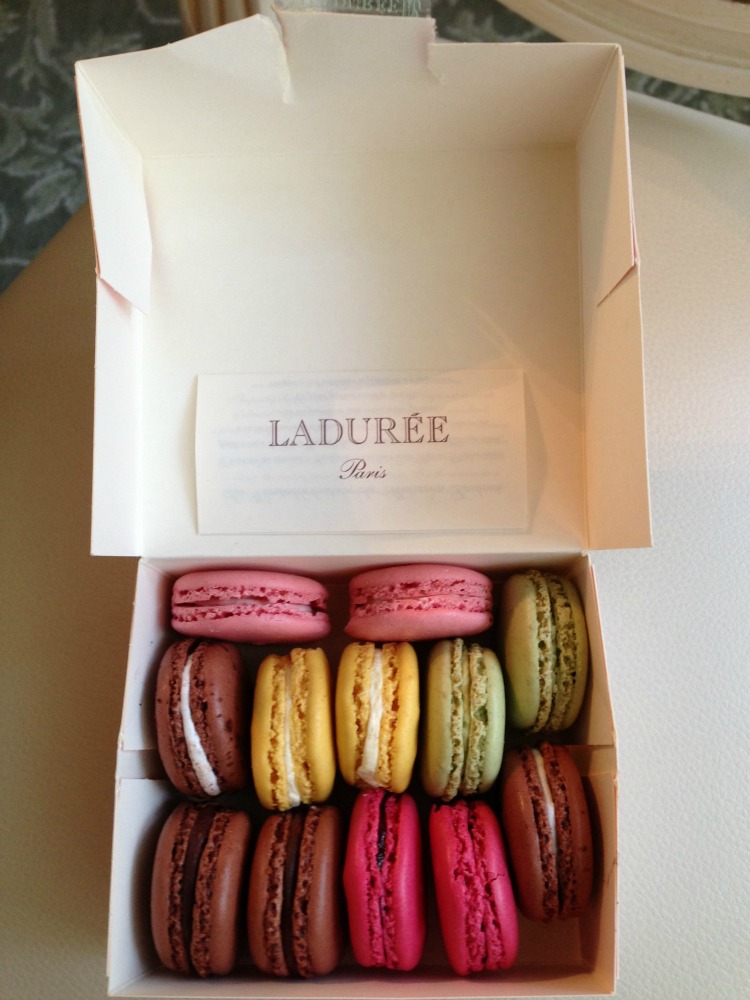