I can’t resist a museum gift shop. When I’m at one in real life, I’m drawn to catalogs and books. On the Internets, I look at fashion. Last night, I was browsing some gift shops online when I hit the Guggenheim‘s site. Why didn’t I know that this New York City museum sells a reproduction of Peggy Guggenheim’s sunglasses?

Margaret “Peggy” Guggenheim was the niece of the wealthy American art enthusiast Solomon Guggenheim (1861-1949). He established the art foundation that created the Guggenheim, which is officially named the Solomon R. Guggenheim Museum. Peggy (1898-1979) was a collector of Cubist, abstract and Surrealist art herself; the Peggy Guggenheim Collection is in Venice, Italy. Among the avant-garde artists she promoted were Jackson Pollock, Mark Rothko, Georges Braque, Salvador Dalí and Piet Mondrian. Some of Peggy’s art was wearable. When she established a gallery in New York City in 1942, she wore mismatching earrings for opening night: one by Surrealist Yves Tanguy and one by sculptor Alexander Calder. She selected them to “show my impartiality between Surrealist and Abstract Art.” Very fair of her. But the sunglasses designed for her by the artist Edward Melcarth were her signature look. 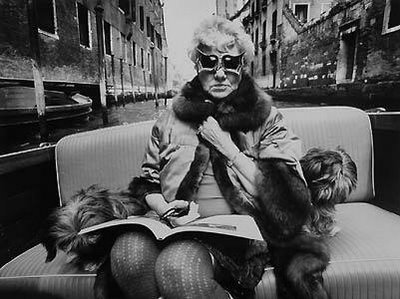 Photo of Peggy in her glasses via Advanced Style. Click for source.

I need to run to the Guggenheim and try those shades on! And see the art, of course.

In other museum-shop news, London’s Victoria and Albert Museum is opening an exhibit devoted to David Bowie next month. Some of the related merchandise is already on the website, with more to come. Maybe I need to get this guitar pick. I could turn it into an earring to take the place of the treasured ’80s pick earring that I lost last year. 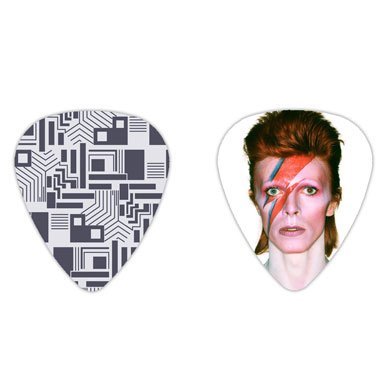 The Tate Modern, also in London, is opening a Roy Lichtenstein retrospective tomorrow. I bet Stacy Lomman could style the “Hopeless” t-shirt for me. 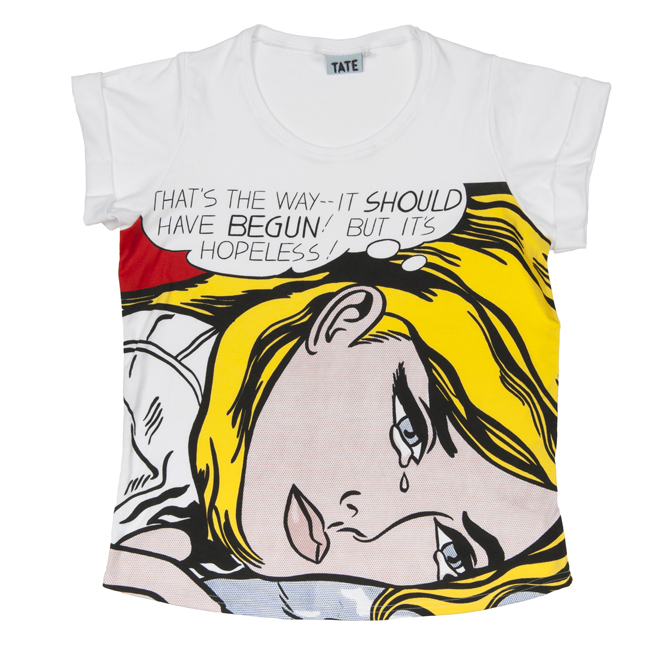 My most remarkable museum souvenir, at least in terms of longevity, is an astrology ring that I got at New York’s Hayden Planetarium. If I recall correctly, I was still in elementary school when I got this. 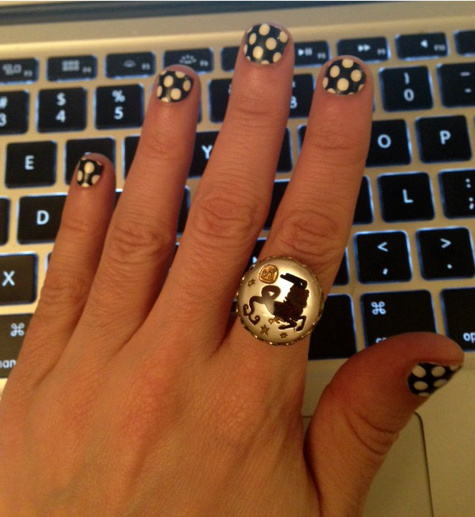 It looks great, right? I think its size and shape influenced a couple of my ring designs. I definitely favor rings with round tops, such as my Juana peekaboo skull ring and Hathor swivel ring. 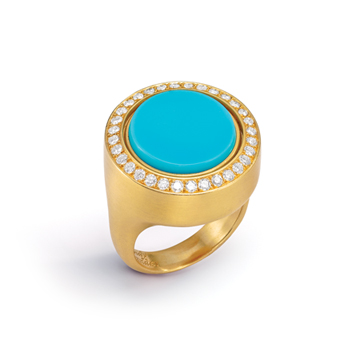 Click for more information on the Hathor swivel ring.

Back when I got the gift-shop ring, the American Museum of Natural History — which includes the planetarium — was my favorite place in the world. I liked the spooky dioramas and the dinosaur bones. I wanted to stay at the museum overnight, so the book From the Mixed-Up Files of Mrs. Basil E. Frankweiler by E. L. Konigsburg was a big hit with me even though the children in it ran away to the Metropolitan Museum of Art rather than the Museum of Natural History. The Metropolitan Museum gave me a spooky feeling too, so it was close enough. Flash forward a few decades to 2006, when the first Night at the Museum movie came out. It was set at the right museum — the natural-history museum — so I knew I would love the movie before I even saw it. When I did see it, I kept thinking, “I KNEW it would be like this at night! I KNEW IT!” In fact, just this moment, I got all excited to see on the website that the museum has a Night at the Museum tour. But it seems to be a tour of the exhibits behind the characters featured in the Night at the Museum movies rather than a sleepover. Dammit! When am I going to get to stay at a museum overnight? There should be slumber-party tickets sold in museum gift shops. I would sleep in museums all over the world if I had the opportunity. I’d be a wanton woman with art and artifacts, and I wouldn’t be ashamed of it.

*Exit Through the Gift Shop, the maybe real/maybe not, Academy Award-nominated documentary by street-artist Banksy, is available on Netflix.

You might also like
A Few of My Favorite Things
Jewel of the Month: Hockey Mask and Chainsaw Emoji Earrings
More of Model Tina J in Wendy Brandes Jewelry
Previous Post: « What Wendy Wore: Family Guy Epiphany & 2 Seinfeld References
Next Post: Show Me Your Puffy Shirts »