I enjoyed reading this 1973 interview with Liza Minnelli, posted by gorgeous blogger Liz of Vintage-a-Peel yesterday. Liza talked custom-made eyelashes and glittery shoes, and showed off some of her Halston outfits. She also namechecked Marchesa Luisa Casati, 30 years before the womenswear label Marchesa was named after the exotically dressed socialite of the early 20th century.

In the ’80s and ’90s, when I had very short hair (and big eyelashes), people often told me I looked like Liza. I get that once every few years now. I never know if I should really say “thank you.” I adore Liza, but she’s no Sophia Loren. Also, is the reference to 1972/73 Cabaret Liza or crazy-wedding-to-David-Gest Liza? I’m always nervous that the Liza comparison is one of those trick compliments, like when someone says your outfit is “interesting,” and, as the “thank you” comes out of your mouth, you realize that “interesting” means “That’s ugly.” With the Liza thing, I don’t want to be impolite but I don’t want to be tricked either. I wind up saying, “Oh … thank you?” and then wondering if I’ve been insulted. (The Liza remark in this post was the exception.) But looking at this gawjuss photo of Liza on Liz’s blog makes me determined to say “Thank you!” enthusiastically, even if the comment is the equivalent of “breathtaking” on Seinfeld. 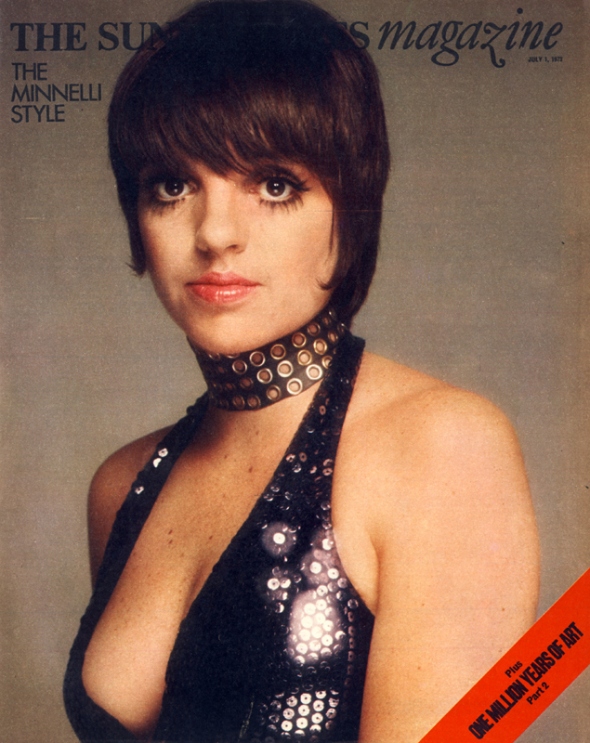 She’s hawt. Click to read the article on Vintage-a-Peel.

Fuck it. We can’t all be Sophia.

While I was being compared to Liza back in the day, my sister, Terri Berry, was told she looked like actress Phoebe Cates. I was dubious about that till a few years ago, when I saw an old photo of Phoebe in a magazine and thought, “OMG! Terri Berry is in this magazine!” The excitement nearly took my breath away — NOT in the Seinfeld way, I swear!

You might also like
We Need to Join Diet Snapple Anonymous
The High Price of Oscar Jewelry
Just What Teh Interweb Needs ... More Tits!
Previous Post: « A High Heel That’s as Comfortable as a Sneaker, Guaranteed
Next Post: New Spidey Manicure, New Mid-Finger Rings »