I feel like I should be in Paris today because, for the past three years, MrB and I spent Bastille Day (aka quatorze julliet) there. Here’s a little video of last year’s fireworks. The twinkling in the beginning is the Eiffel Tower.

This year, our travel plans got pushed up and we went to Paris in June. I figure Bastille Day is a good excuse to share a few more photos from that trip, like this one of gazpacho served in a giant ice cube. 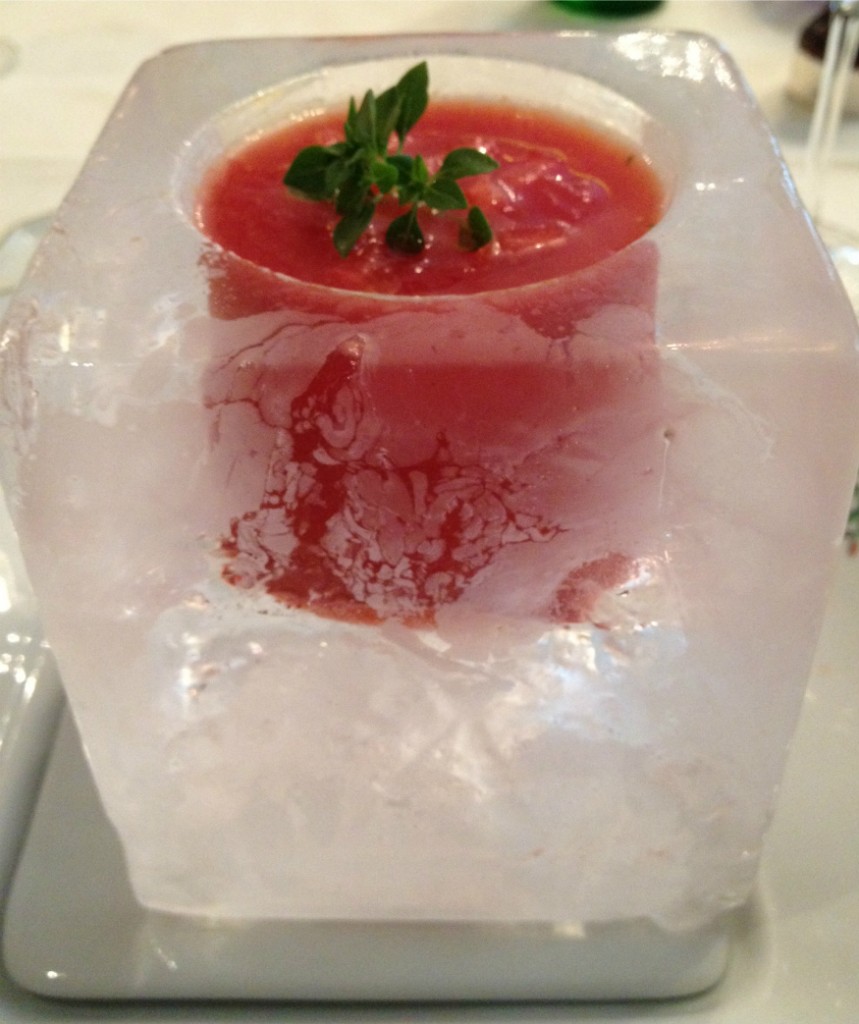 I believe more food should be served in giant ice cubes.

Here’s a closer shot of the peonies I pinched. 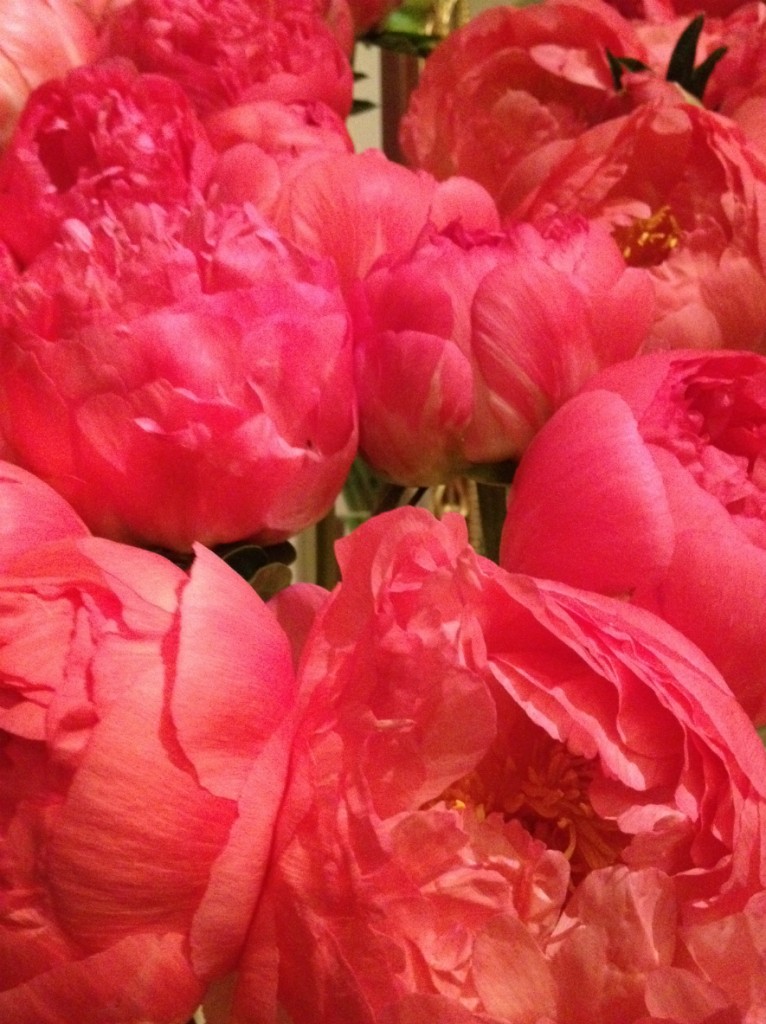 We had a drink at a famous cafe. 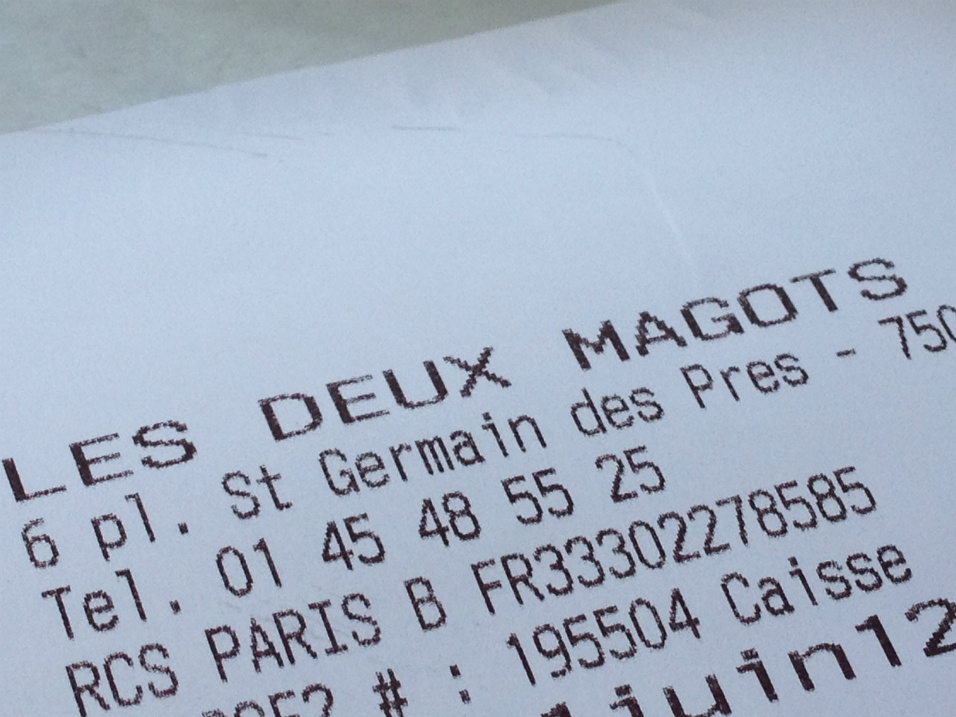 We had macarons, of course. 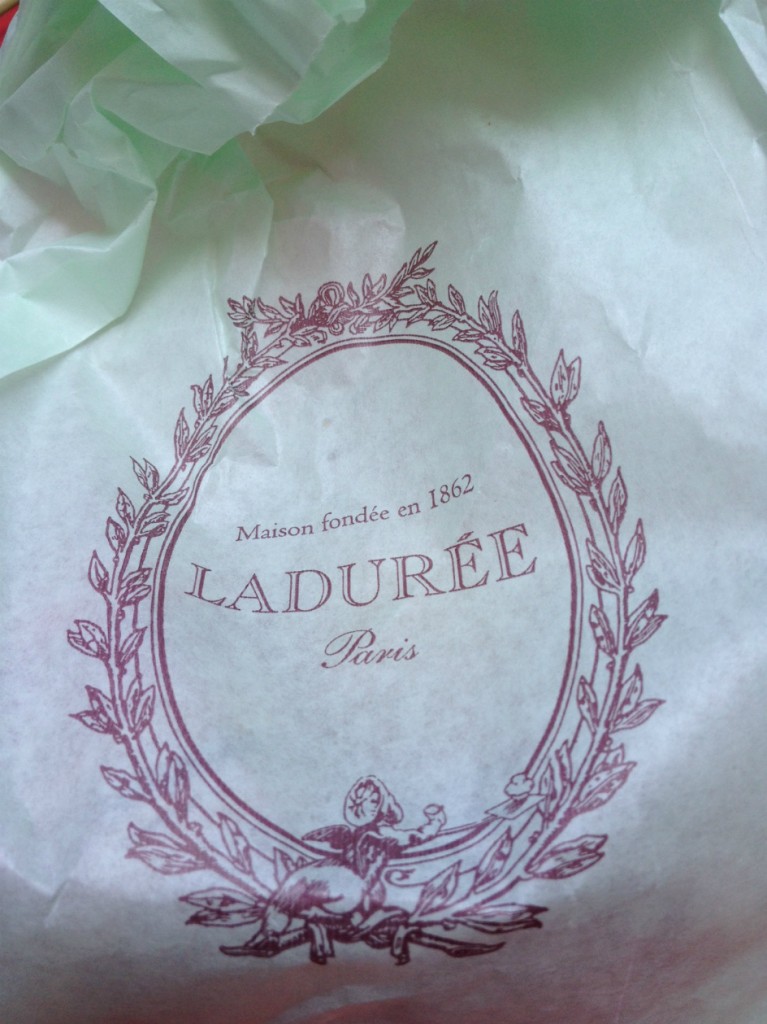 We checked out some art too. I enjoyed the Helmut Newton photography exhibit. I’m not sure why some people find his work to be objectifying of women. His nude ladies look like they will chew you up, spit you out and use your bones for toothpicks. Even the gal with a saddle on her doesn’t look like anyone to be trifled with. 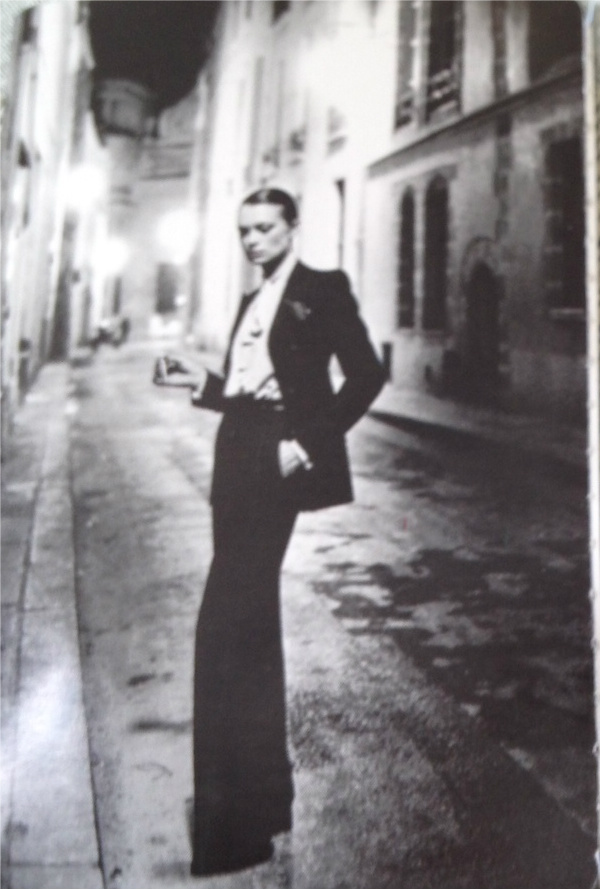 The ticket to the exhibit.

We also went to Monumenta 2012. Monumenta is an annual event, for which a contemporary artist is invited to create a giant artwork to fill the Grand Palais Nave. This year’s artist was Daniel Buren. 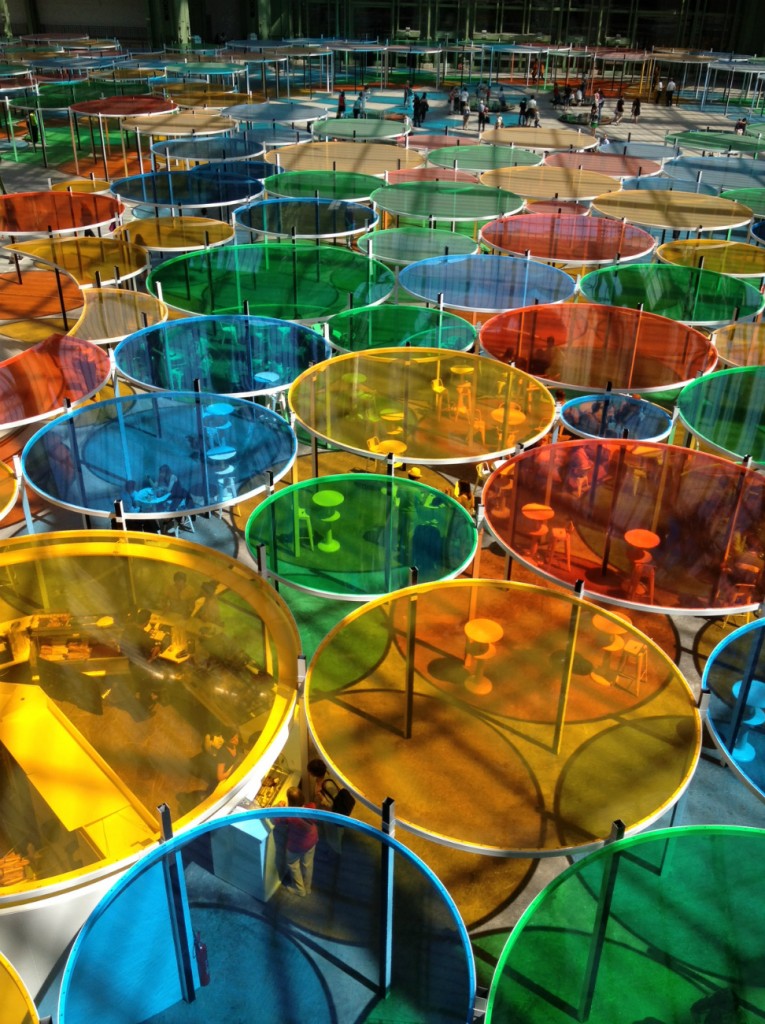 Buren’s Monumenta work seen from above. 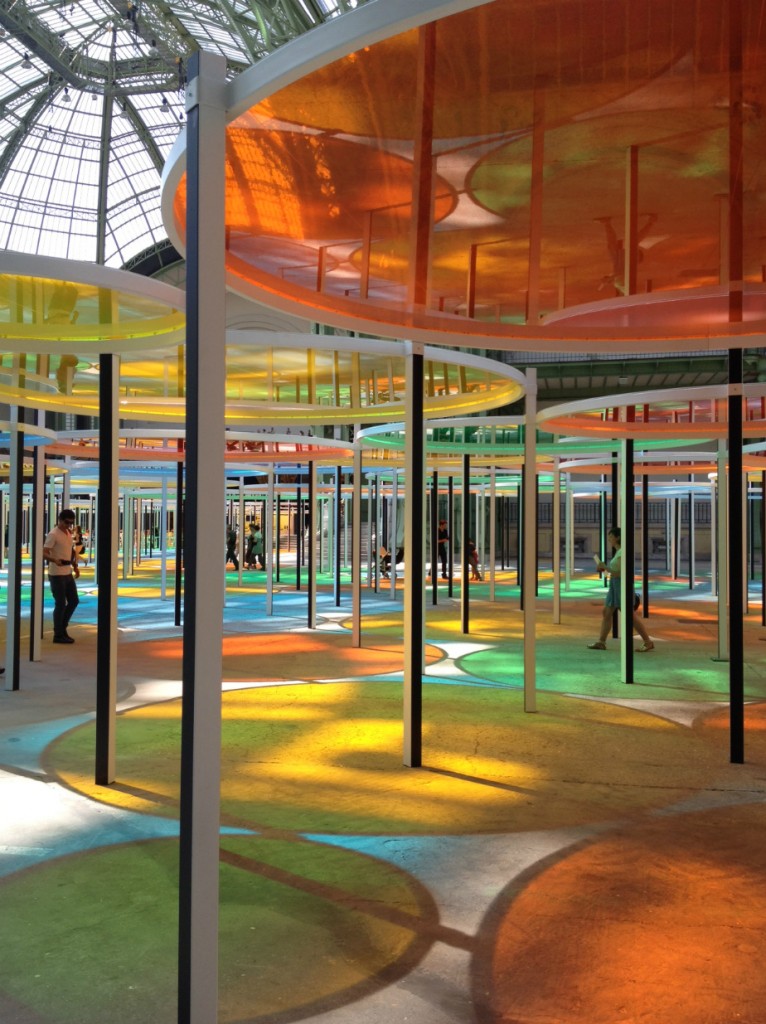 Buren’s Monumenta seen from the ground level. See the people walking through?

Every time I’m in Paris, I take dozens of photos of the Eiffel Tower, to MrB’s amusement. I told him that I imagine that someday I will take the perfect picture — the best Eiffel Tower picture OF ALL TIME, as Kanye West would say — and I’ll never have to take another. But that day hasn’t come yet. 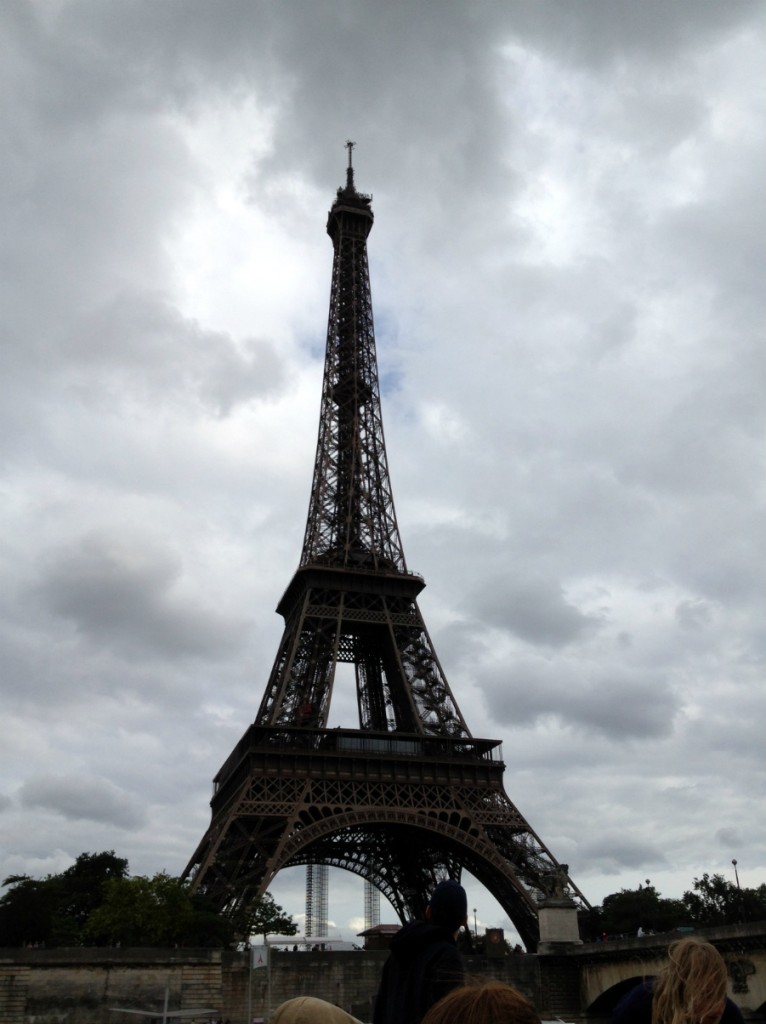 It doesn’t matter if it’s sunny or cloudy; the tower is still a beautiful sight.

Speaking of Kanye West, he and his pal Jay-Z were in Paris for their Watch the Throne tour at the same time we were there. 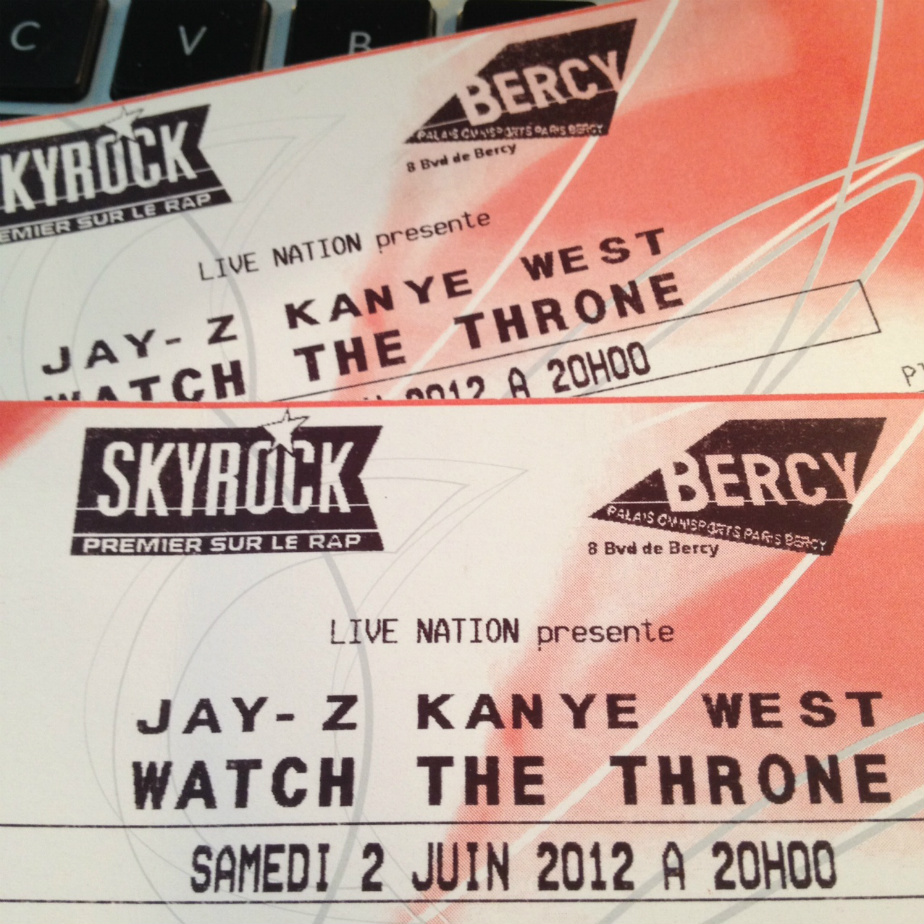 This was MrB’s first hip-hop concert.

I’d already been to one of their concerts in New York last November, but I thought it would be highlarious to see them again in Paris. They have that one song about Paris, you know. I’m not going to write the name of it. I don’t want to get myself in trouble like Gwyneth Paltrow did for quoting the title. I’ll let Kanye and Jay-Z tell you themselves, in the larger-than-life lettering they used at their show, where they encouraged people to sing along as they performed the song a record 11 times.

Speaking of racial slurs in songs that mention Paris … no, really, there is another example! As a fancier of Pekingese dogs, I enjoy pop-culture references to them, but I was unaware that the Cole Porter song “Let’s Do It” includes the lyric “Pekingeses at the Ritz do it” until I read Vanity Fair’s article on the The Ritz hotel in Paris. 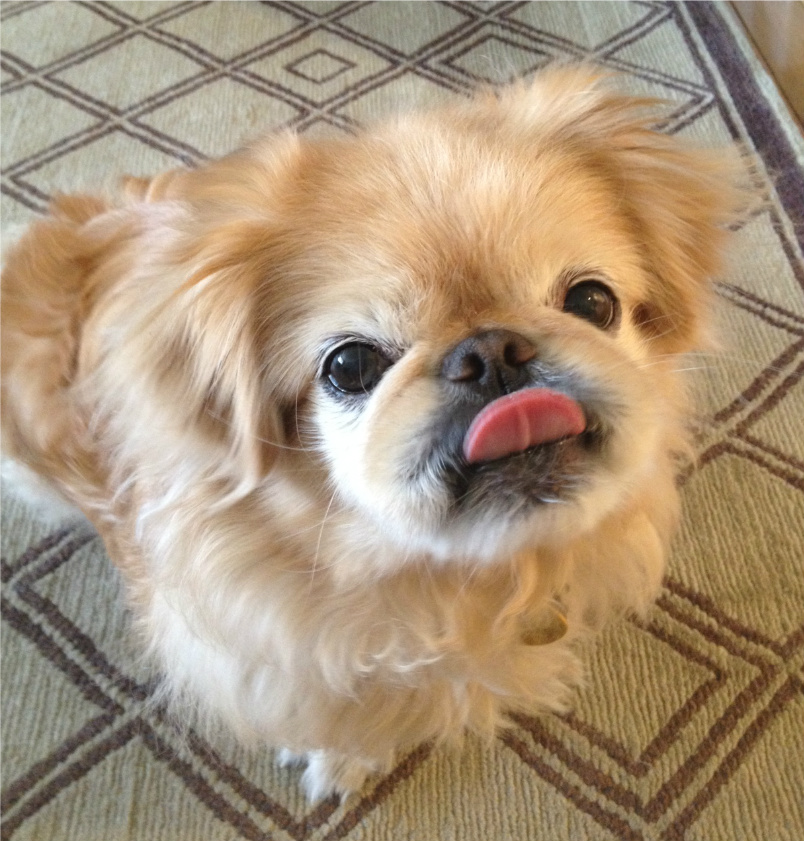 Henry the Pekingese blows a raspberry at me due to my ignorance.

Then I realized that not all recorded versions of the song include the Pekingese verse (and a number of other possible verses). Phew. I started searching YouTube for a recording that included the Peke line. When I came upon Cole Porter’s rendition of his own song, I figured I was in luck. Indeed, the Peke line is in his version, but my enthusiasm was deflated by another lyric. I had to listen to it twice, but he really does sing, “That’s why [slur for Chinese people] do it, [slur for Japanese people] do it …”

Holy crap! I haven’t heard those words used so casually in decades. (People were rightfully outraged about this recent usage of one of them.) Hearing them in a happy, classic song was as traumatic as revisiting an old Disney movie. I’m going to have to stick to these Pekingese songs:

Let me know if you have any other Pekingese songs for me.

You might also like
Linda's Got a Brand New Bag
Hey, New Yorkers! It's Time to Vote!
Words of Wisdom From Adam Ant
Previous Post: « A Short, Tight Dress to Love
Next Post: What We Wore: On the Town With Gangsta Boo »