April’s birthstone is a diamond, so my Jewel of the Month is a redesigned diamond engagement ring.  I met gorgeous client Mindy through my equally gorgeous friend Tina during Tina’s birthday festivities in Las Vegas. Mindy was wearing her wedding band, but not her engagement ring. Because we were in Vegas, I was hoping Mindy would claim that she’d pawned the ring to pay her gambling debts, and that Gil Grissom and Jim Brass would show up to interrogate Tina about a serial-killer in the next hotel room. But apparently I’m not living in an episode of CSI. Mindy told me she wasn’t wearing her tension-set engagement ring because the diamond had popped out. A tension-set ring uses pressure, rather than a traditional prong or bezel setting, to hold the gem in place. 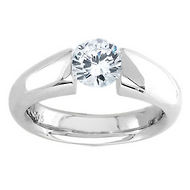 When Mindy said she was ready for a new engagement-ring style anyway, I got excited. It just so happens that redesigning jewelry is one of my specialties. I showed Mindy photos of some of my past redesigns — including Tracey’s ring and Judy’s ring — for inspiration. Mindy doesn’t live in New York but I can work long distance. So, after Vegas, Mindy sent me her original engagement-ring band, the stone and an old-fashioned sapphire-and-diamond cocktail ring. 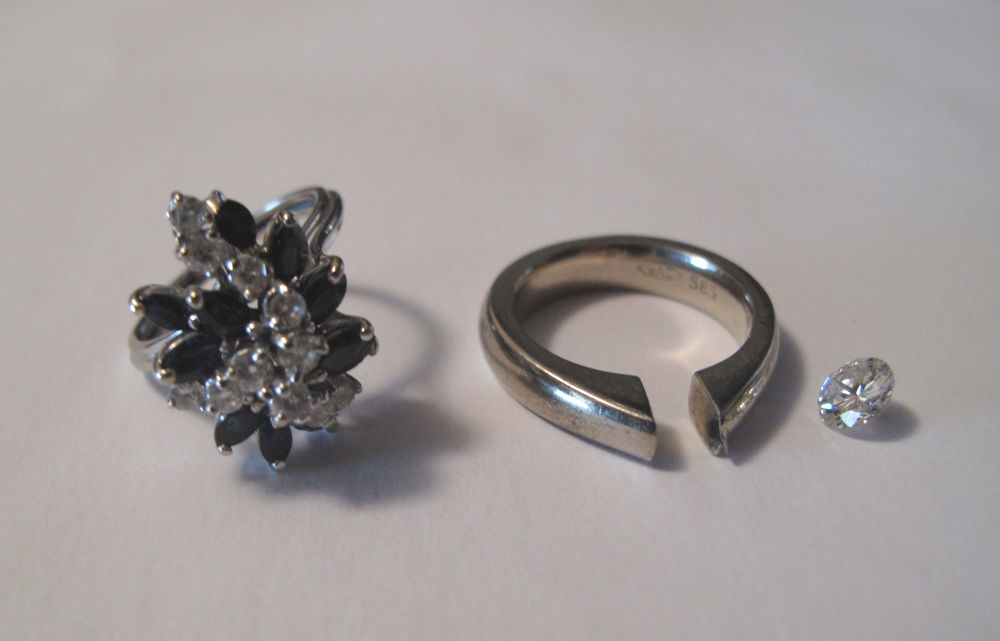 I had hoped to use some of the stones from the cocktail ring in Mindy’s new ring, but the quality of the engagement-ring stone was noticeably superior to the quality of the smaller diamonds.  If you put small so-so stones next to a great center stone, the lesser-quality ones wind up looking dingy compared to the more brilliant gem. Also, removing old stones from a setting and determining whether they are in good enough shape to use in a new ring takes time, and time is money. When it comes to small stones, it can be more efficient and less expensive to buy new, better diamonds.

Mindy and I exchanged a few emails about what she was looking for. She wanted the shank (band) of the new ring to be a similar shape to her wedding band, but wider. Like my client Tracey, Mindy was very clear that she wanted the two rings to nestle together on her finger, without a lot of space in between them. To make the fit perfect, I borrowed Mindy’s wedding band. She went ringless while I made a wax model of my proposed design for her.

I was pleased with her reaction to the wax model: “LOVE. It’s awesome. A little classic, a little weighty, a little modern. LOVE.” Most people don’t get that excited about the wax model. In fact, some customers are scared by the model; it’s hard for them to envision the final result once they see a purple or green wax version. 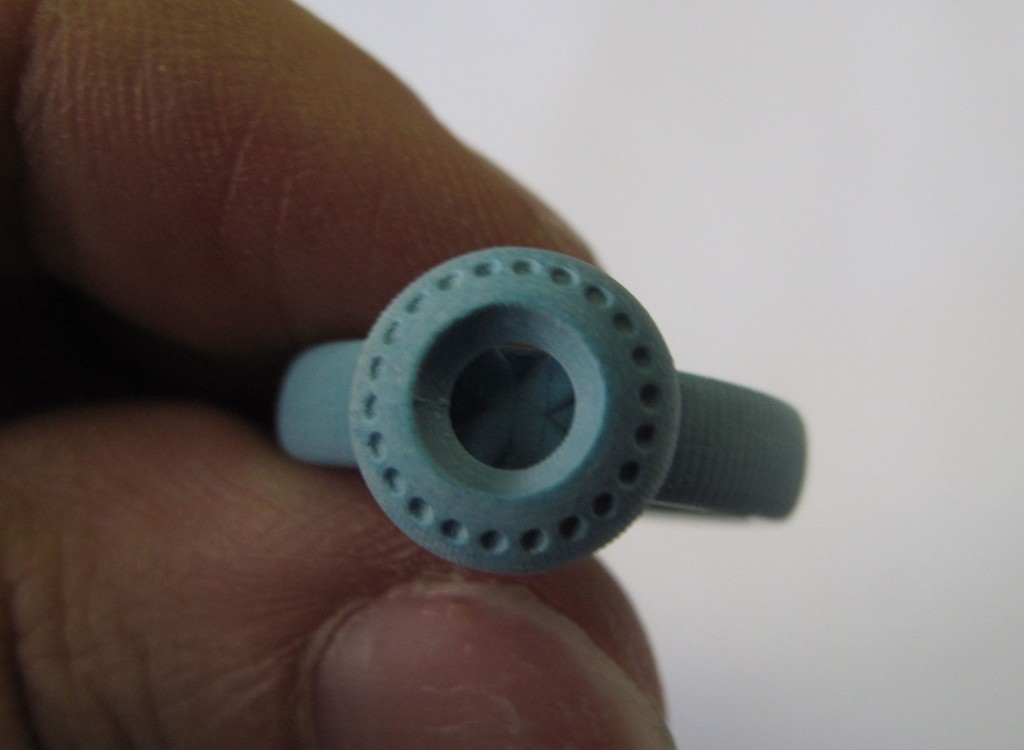 I was between manicures that day!

A lot happens between the model and the final result. As I’ve said before, the way I recycle old gold is by selling it rather than using a specific chunk of metal for the new piece. The new design shouldn’t be dependent on the amount of metal used in the original ring. Remember, metal is lost in the creation of the new ring because we have to shape and polish the gold (and then we recycle the gold dust that’s left over from that process!), so you need more gold than you will ultimately use. I sold the metal from Mindy’s original engagement ring in New York’s diamond district and gave her a credit for that amount. Her gold was then melted down, purified, re-alloyed and re-sold by the gold dealer. 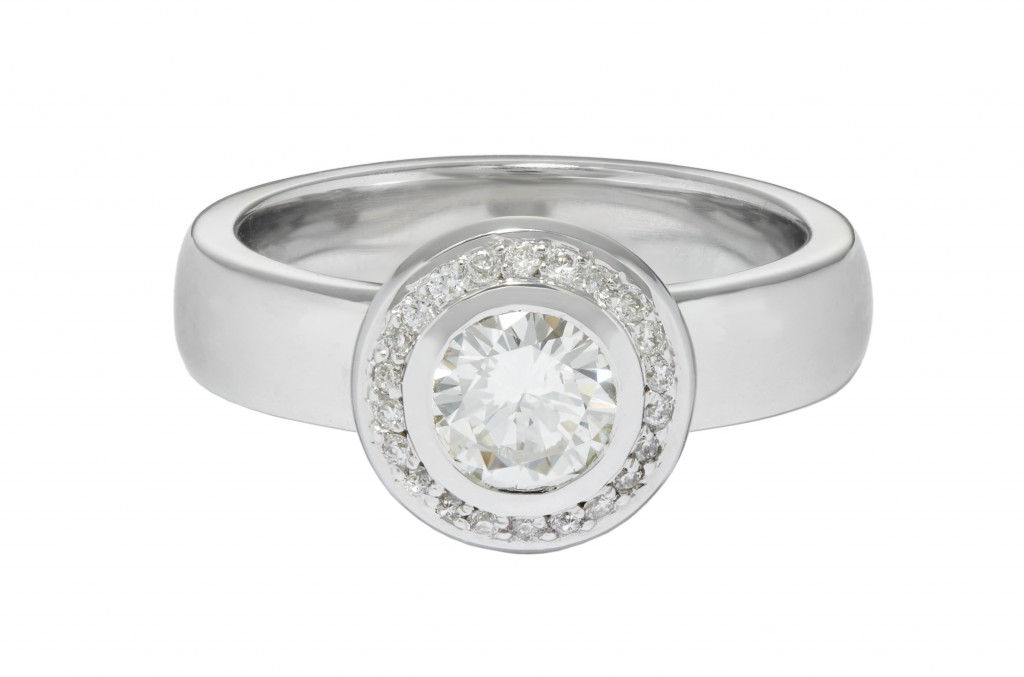 I took a picture of the new engagement ring with the old wedding band to show how nicely they fit together. 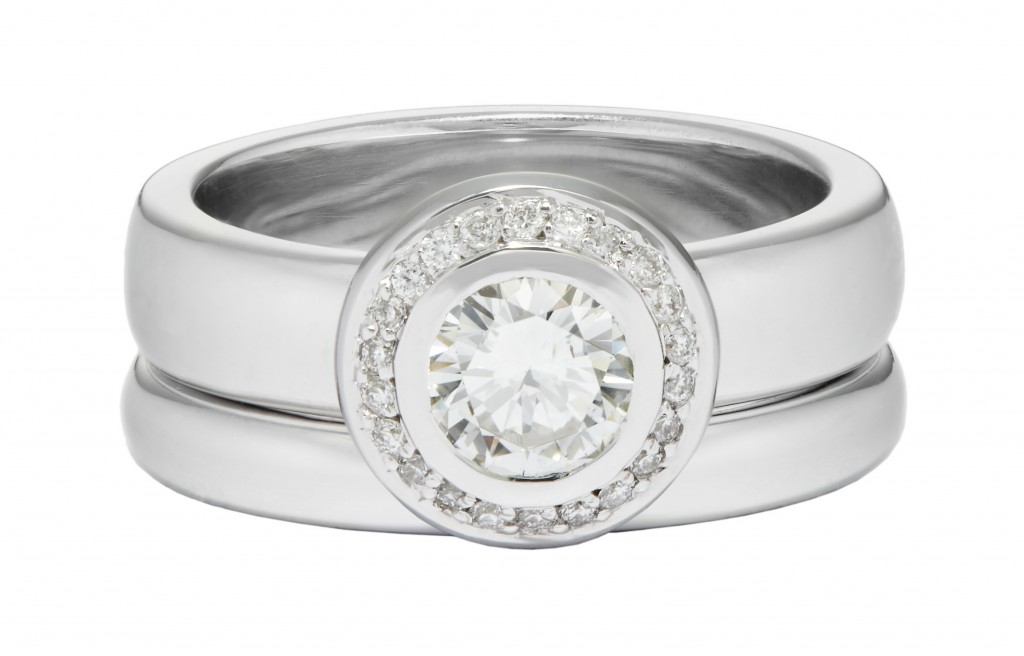 When I sent the engagement ring and wedding band back to Mindy, I got a short email: “Got it, love it, THANK YOU!!!!!” Those are the six words I like to read after sending a piece to a customer. Of course, a picture is worth a thousand words. 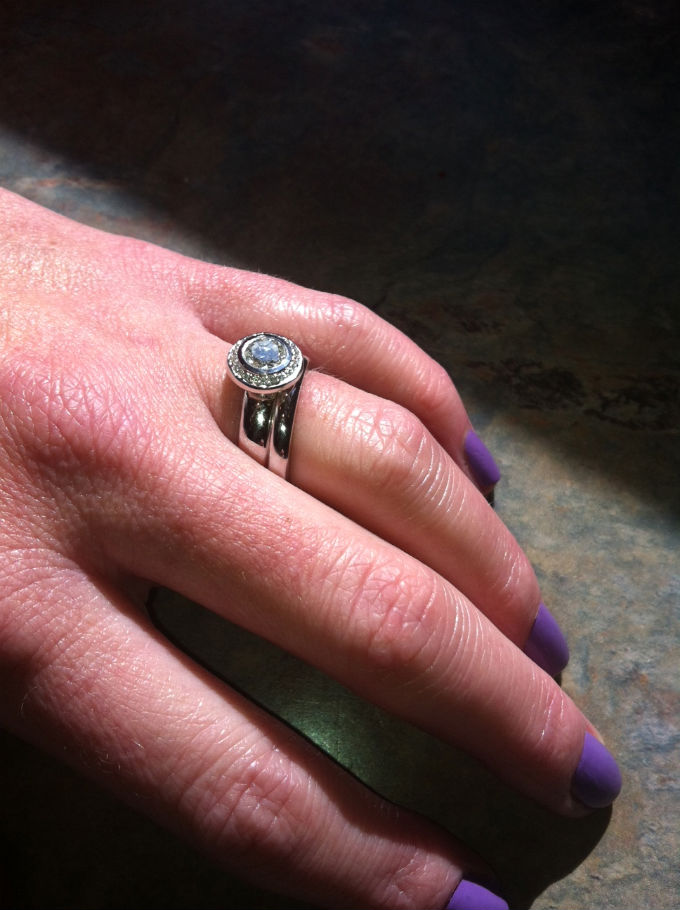 If you would like to talk to me about a custom engagement ring — whether it’s a redesign or created from all-new gems — holla at me at wbjewelry at hotmail dot com. And thank you, Mindy, for trusting me to do the job for you. Engagement rings are hugely sentimental and I’m always honored when people pick me for the job!

UPDATED 4/23/12 TO ADD: Mindy sent me another picture of her ring. “Makes my hand look tough, and pretty,” she wrote. I like that. 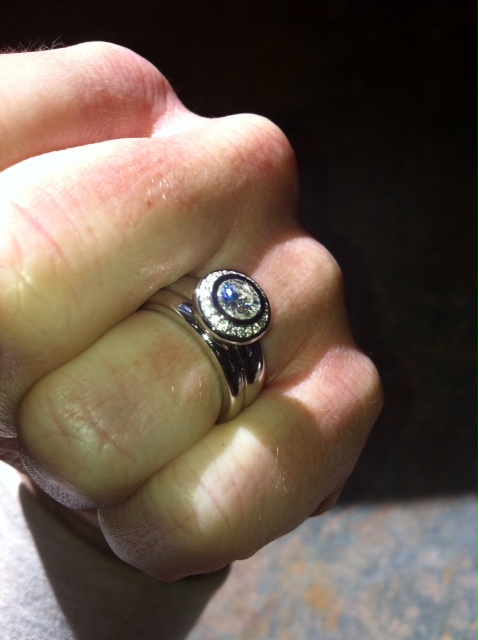 You might also like
Jewels of the Month: Empress Matilda's Swords
Get Your Bunny Earrings in Time for Easter
Talking Custom Jewelry With JCK Magazine
Previous Post: « Dick Clark, Madonna and My 1980s Jewelry
Next Post: Introducing FitzRoy »