Last week, I showed you the Louis Vuitton bag that MrB got me for our anniversary. Henry the dog helped me with the photo. 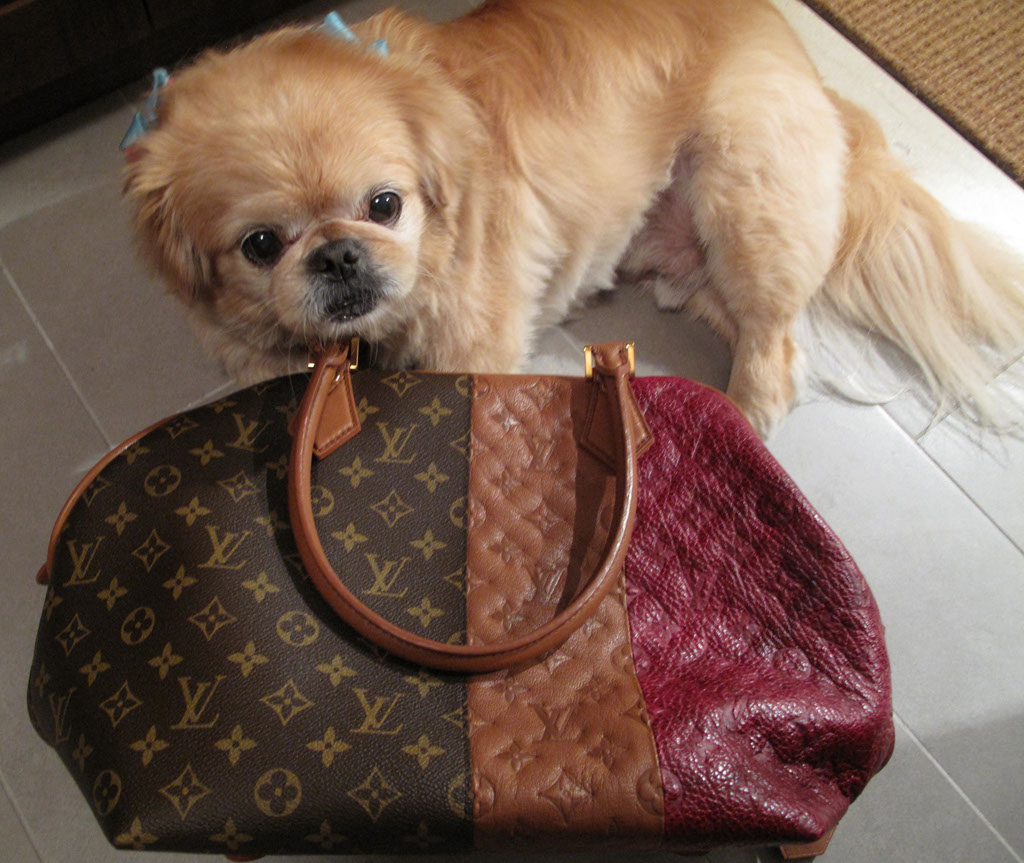 The Louis Vuitton site has a picture of the bag’s other color scheme. 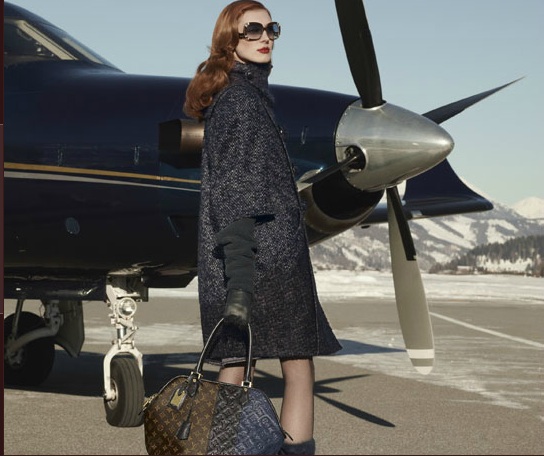 I got my bag at the Vuitton store in Paris. We asked a saleswoman about it after seeing the red version in a display case. I didn’t realize there was a blue option until the saleswoman asked which color I wanted. She brought out both. I was pretty sure I wanted the red, but dutifully inspected the blue. I put it on my shoulder and went over to a mirror. The saleswoman gasped. “Non!” she said. “You must see like this!” She took the bag from me, put it on her own shoulder and pranced back and forth in a model-y way so I could view it objectively.   I had a slight urge to laugh, yet found the experience weirdly helpful. I told MrB that from now on, I wanted to do all my shopping this way. Trying things on is so tedious, non? Someone else should do it for us — especially when it comes to bathing suits. Who’s with me?

Speaking of Henry the dog, his defective paw has flared up again. Some of you might recall that he had an operation on it in 2008. The operation was successful — it drastically cut down the number of times his paw gets infected. Infections only happen about once a year now, and this just so happens to be the annual occurrence. (During the rest of the year, he fakes a limp as needed to get out of walking when it’s too hot, too cold or too rainy.) He’s at the vet getting his foot lanced. If you’d like to leave him a humorous or weirdly emotional “get well” note in the comments, I’ll be sure to read it to him when he gets home.

UPDATED TO ADD: Here’s Henry back at home with a bandaged foot. 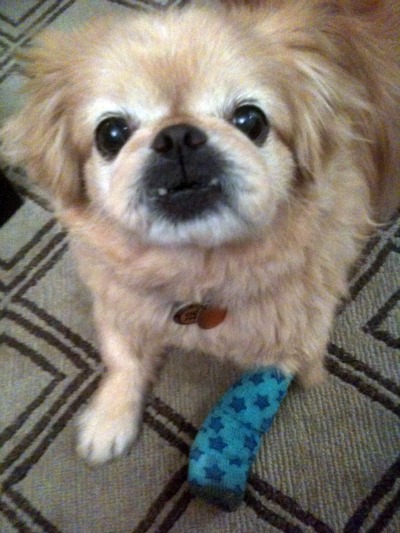