I’m leaving Paris today, which means I’m going to cry at some point. I always cry when I leave Paris!

One of the highlights of the trip was getting together with gorgeous blogger Susu of Susu Paris Chic. We met on a busy street corner near City Hall and I was worried that I would miss her in the crowd. MrB was with me and I told him to look for a stylish blonde. He kept pointing to different women and I kept saying, “Not blonde enough! Not stylish enough!” Once we found her, we strolled to a cafe where we discussed international relations, ballet and why we wouldn’t want to be celebrities. 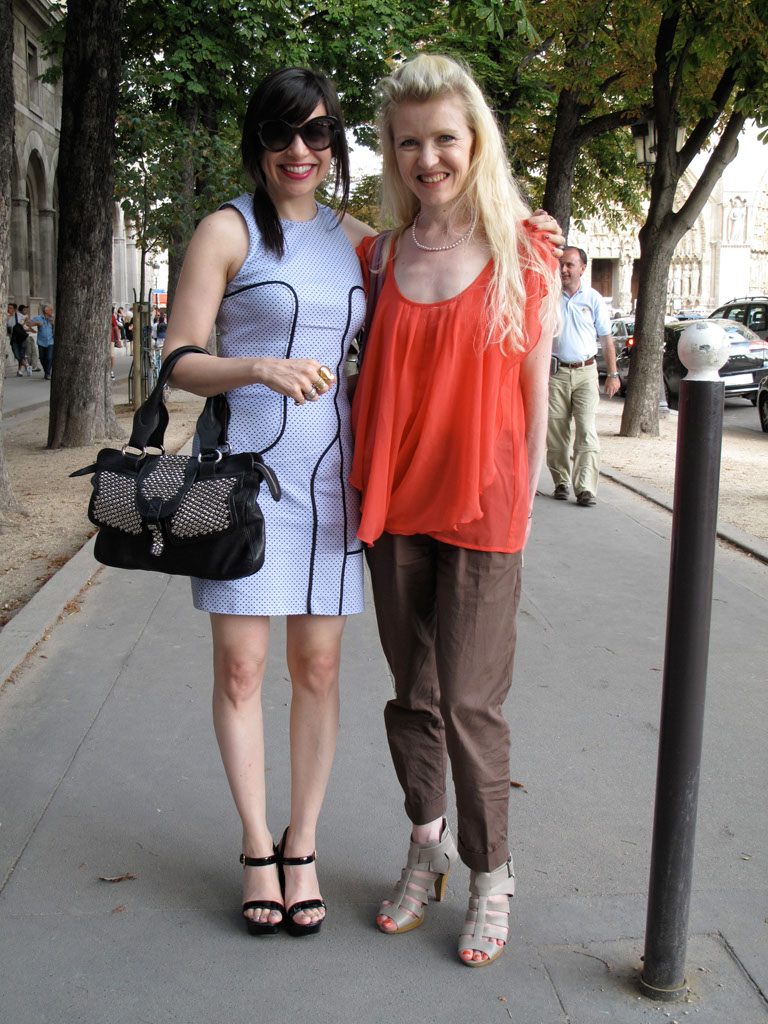 I love Susu’s outfit. This is what I wish I would wear during the day instead of my uniform of a black t-shirt and jeans. Of course, I’m not wearing that combo — for a change! — in this photo. I made an effort for Susu. I got this dress recently at Versace.  I walked by the 5th Avenue store in New York earlier this month and, with Versace on my mind thanks to my recently worn 2002/2003 dress, I popped in. A major sale was on; if not, I would never have tried on this cute lavender and black dress. I bought it to wear on a hot day instead of a black t-shirt and jeans. Mission accomplished. 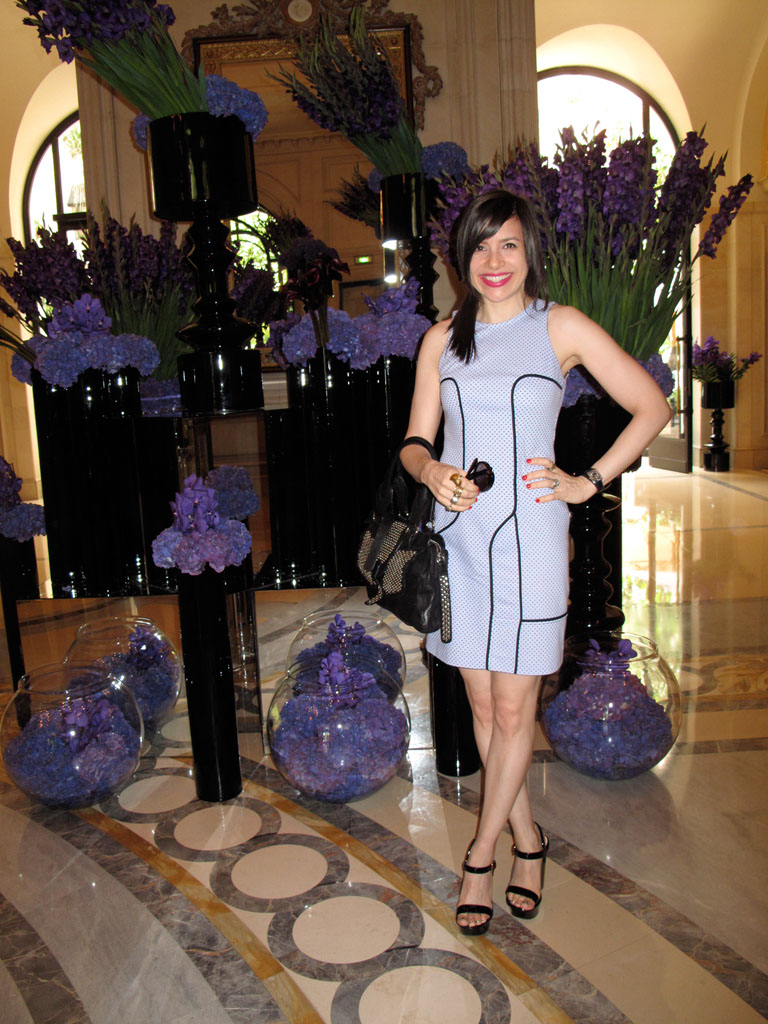 Last summer, when we were in Paris, I brought along the Hermès watch that MrB gave me for our first anniversary in order to have its battery replaced at the mothership store. But I forgot to bring the Hermès watch I’m wearing in the photo above. It also needed a new battery. I proceeded to carry this watch around New York for a good part of the year, walking by the Hermès store on 5th Avenue at least once a week and, each time, forgetting to go in and get the battery changed. When we were packing to come back to Paris, I grabbed the watch and finally got the battery changed at the same store I went to last summer. Another mission accomplished! MrB and I have been trying to figure out when I got this watch. I initially thought it was on our honeymoon, but upon reflection, I believe it was earlier — possibly 2000. I’m going to have to search for photographic evidence. In the meantime, here’s a closeup. 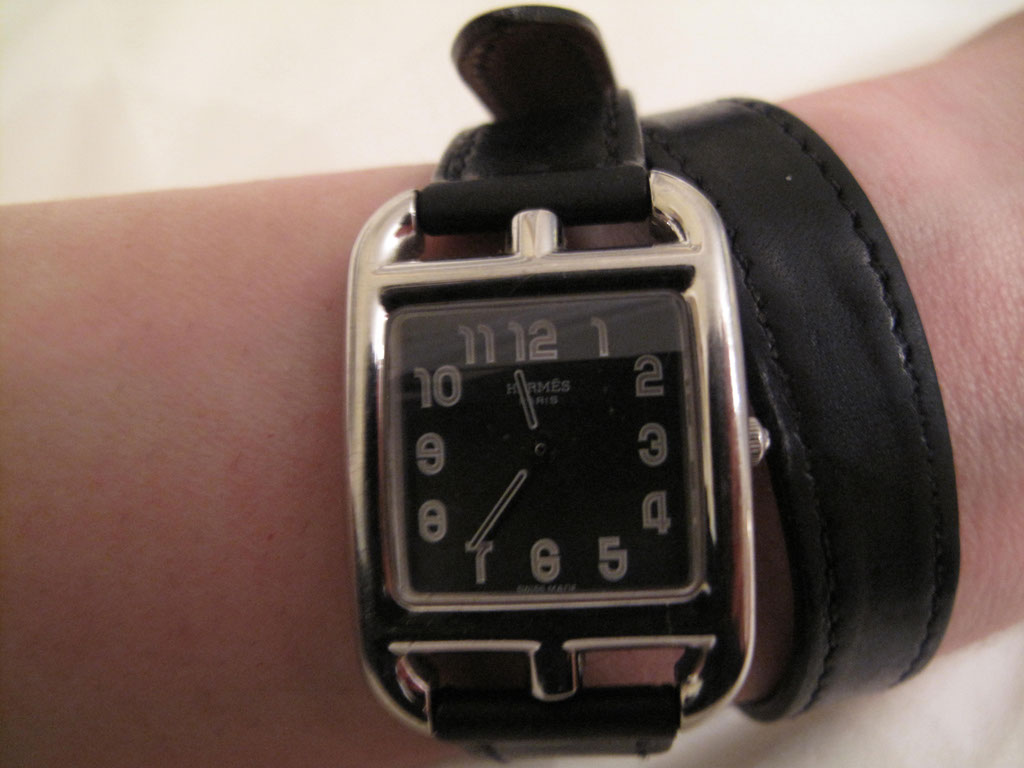 I can tell time again!

The wedges I’m wearing in these photos are the ones I picked out in a matter of minutes last month because of a style crisis. That turned out to be a lucky purchase because I walked around the city in them all day in total comfort. Not a blister to be seen.