I’m not in the habit of taking pictures of my outfits before I wear them, but I made an exception for this Alexander McQueen suit. I’ll be wearing it when I fly to D.C. for an event and I am sure that the gored skirt will be rumpled by the time I deplane. Luckily, gorgeous designer/blogger Stacy Lomman lives around the corner and was willing to come over at 10 p.m. just to take some photos. What a good friend! 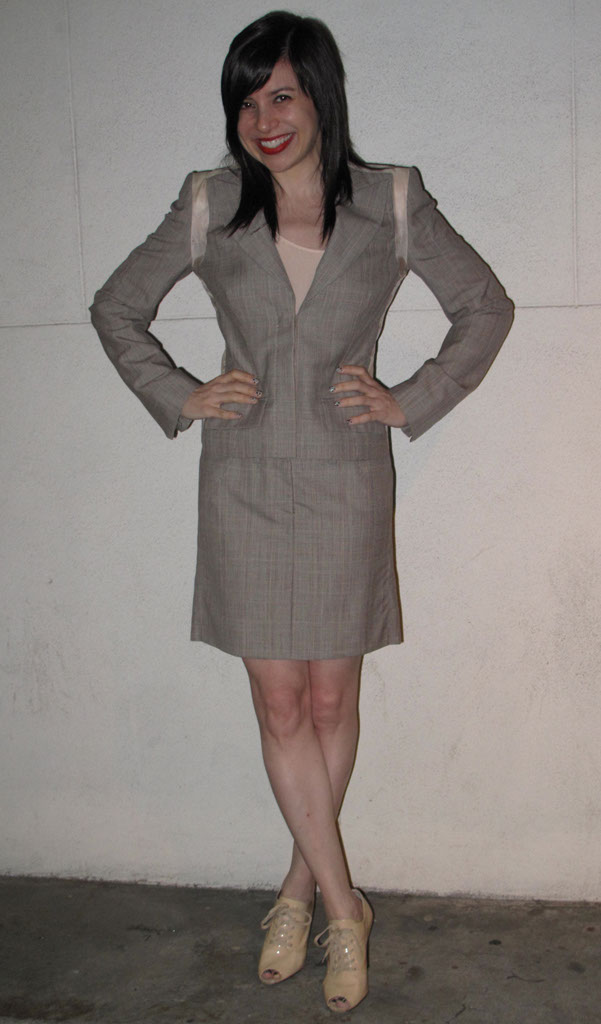 I last wore this suit in 2004. I got it sometime between 2002 and 2004. The peach shell is transparent (no taking off the jacket) and matches the peach insets in the suit jacket. I told Stacy that I couldn’t believe I wore a suit like this at a conservative place like Lehman Brothers. She started to say that she didn’t see a problem despite the relatively short skirt … and then I turned around.

As you can see, from the side, the skirt emphasizes one’s bottom more than the typical banker’s suit does. I think Stacy’s comment was something like, “It screams, ‘Look at my ass!'” Plus there’s the whole transparency issue. Here’s the back view. 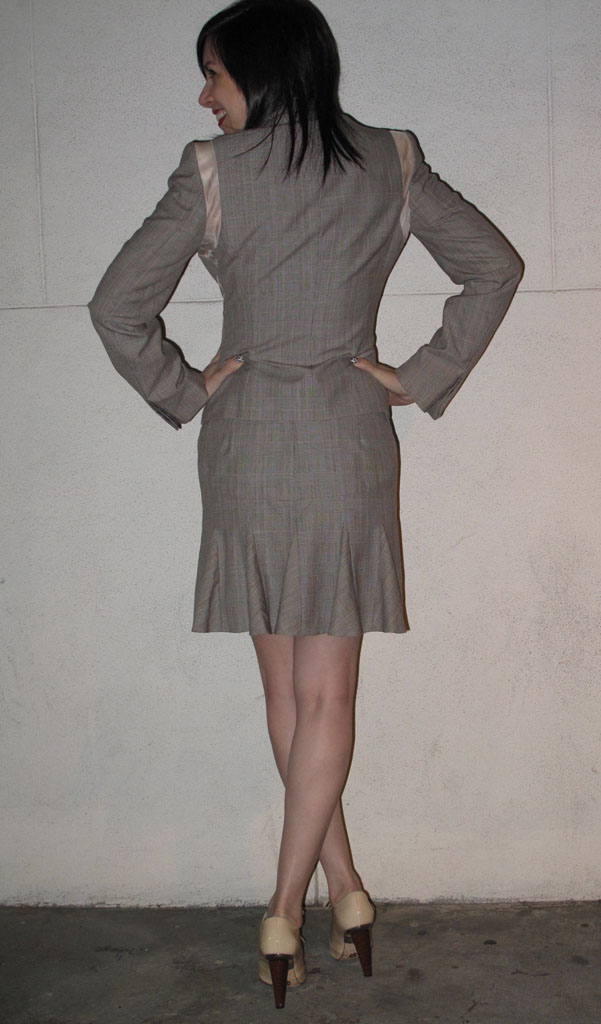 Now that I’ve seen these photos, I think I’m going to wear the suit with the Michael Kors shoes I wore in this post. Those were the shoes I wore with it originally. We shall see!

You might also like
What Wendy Wore: American Bloggers in Paris
Jewel of the Month: Queen Min Earrings
What Wendy Wore: Art by These Pink Lips, Part 2
Previous Post: « The Met Gala Dress of My Dreams
Next Post: My Almost-Husband Paul McCartney to Wed Nancy Shevell »